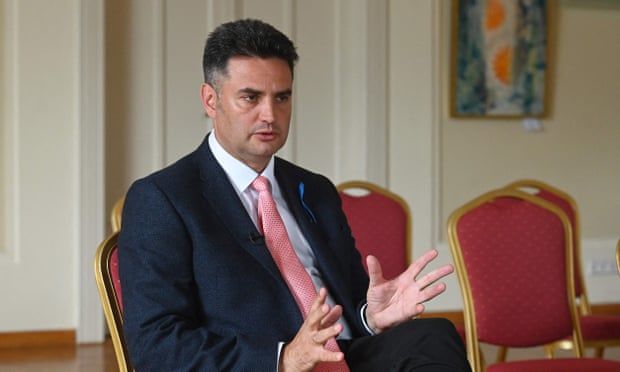 It’s the kind of move that has discombobulated Fidesz, who weren’t expecting to face this kind of challenge in Hungary’s parliamentary elections in spring 2022.

Márki-Zay, a conservative churchgoing father of seven, is the candidate for prime minister of six opposition parties, spanning social democrats to the former far right, who united to take on Orbán. “After 16 years it’s the first time the opposition has a real chance to win,” Róbert László, an election specialist at the Political Capital institute in Budapest, said.

Hungarians go to the polls in April or May in a contest that could bring down Orbán, whose 11-year experiment with “illiberal democracy” has resulted in Hungary becoming the first EU member state to be classed as only “partly free” by the NGO Freedom House. 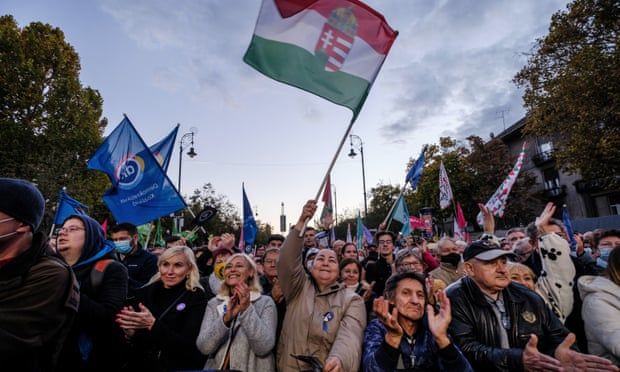 Supporters of Péter Márki-Zay, surprise winner of the primaries, at a political rally in Budapest last October.

“Nobody expected the left and centre parties who dominated the opposition could be led by an outsider coming from the right,” László said. “One of his super-powers is that he can’t be blamed as the puppet of the past leftist parties, or the ex-prime minister Ferenc Gyurcsány,” a wealthy former leader who remains deeply divisive.

Fidesz was preparing for a left-liberal candidate, such as the mayor of Budapest, Gergely Karácsony, or the leader of the Democratic Coalition, Klára Dobrev, who is married to Gyurcsány. “Now we can see that the Fidesz propaganda machine is confused,” László said. “[Márki-Zay] is not a liberal intelligentsia, he seems to be much more like a Fidesz member.”

Márki-Zay was never a party member, but he did vote Fidesz. He hasn’t since 2010. “I just became more and more upset with their populism, their betrayal of western values … corruption mostly,” he told the Observer. “Orbán has changed, not me.”

Speaking to journalists, Márki-Zay sought to distinguish his faith from Orbán’s professions in defence of Hungary’s Christian culture. “I was a Christian way before Orbán. Orbán was still in the Communist youth movement when I attended church every Sunday in communist times.” 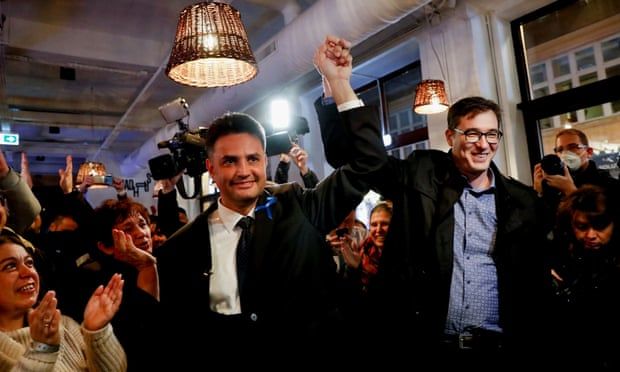 Budapest’s mayor Gergely Karácsony and Péter Márki-Zay at the election HQ in Budapest after the primary elections.

It’s a typically blunt statement from Márki-Zay, who is equally plain-speaking in English and Hungarian. He polished his English during nearly five years in North America, where he worked for a car-parts company. Márki-Zay, who has two degrees and a PhD in economic history, spent five weeks in Canada working as a door-to-door salesman. His firm later promoted him to a job in the US, where political curiosity took him to 2008 campaign events for presidential contenders Barack Obama, Hillary Clinton and John McCain.

Known to the Hungarian political world as MZP, Márki-Zay made his political debut in his hometown of Hódmezővásárhely, a Fidesz stronghold in southern Hungary. Two days after he announced his mayoral run in 2018, he was dismissed from his job at an electrical components company. Soon after, five surveillance cameras appeared on his street. Government-friendly media launched vicious attacks on his wife. More recently he has been called an American spy, a CIA agent and a tool of Gyurcsány. 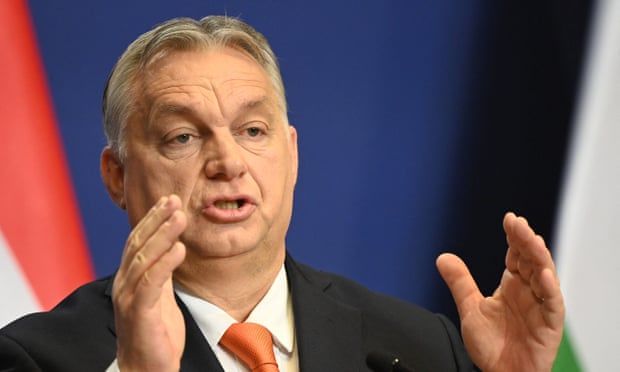 This kind of smear campaign is typical, says Zoltán Kész, a former MP who has thrown his support behind Márki-Zay. Kész says he saw Márki-Zay’s potential in 2018: “He is a statesman, he is not the kind of guy who wants to be a politician just for the sake of politics… You can see it in his eyes that he has determination to change the system for the good.”

Kész offered his support, despite their political differences. “He’s a conservative, I’m a liberal [libertarian]. He’s very religious, I’m not, but we both believe Hungary isn’t democratic now.”

So far, Márki-Zay has managed to unite the six opposition parties while keeping his distance. “The electorate – including myself – have put huge pressure on these opposition parties to unite and defeat Mr Orbán,” hesaid, underlining that he does not belong to any of the six. “So yes… it took them too long to understand this and to put aside disagreements.”

However, Daniel Hegedüs of the German Marshall Fund noted Márki-Zay has not yet boosted support for the opposition, with most polls showing a tight race. The situation is worse than opinion polls suggest, he adds, as the redrawing of electoral districts by Fidesz has given the ruling party an advantage. “The united opposition should win at least 3 to 5% more votes to get a majority mandate in the Hungarian national assembly. That’s a huge difference and we don’t see this advantage in the polls yet,” Hegedüs said.

“The political race isn’t taking place on an even playing field; it’s heavily tilted to Orbán,” Hegedüs added. The integrity of the 2022 election will be even worse than in 2014, or 2018, which were “free but not fair”, he said. “It’s already a dirty contest and it will be a huge task for the opposition to win.”

Meanwhile, Marki-Zay treads a fine line between attracting disillusioned Fidesz voters while retaining urban left-liberals. The Hódmezővásárhely mayor supports some of Orbán’s migration policies. While he has promised to repeal Hungary’s “homophobic” anti-gay law, his tone strikes analysts as reminiscent of Fidesz, by suggesting being gay is a handicap that can be used as leverage in politics. “It’s not necessarily an attractive offer for [some opposition voters] if the joint candidate is similar in some respects to the incumbent,” Hegedüs said.

His close associate, Kész, thinks the opposition will stick together. “There’s no other choice. If he can’t hold the six parties together he’s lost, the whole of Hungary’s lost. Each party understands the gravity of the situation.”