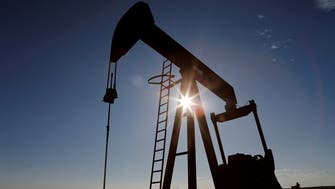 Oil climbed as China took more steps to unwind its COVID-zero policy and freezing weather across the US prompted refinery closures in the vital Texas Gulf Coast area.
West Texas Intermediate traded near $80 a barrel after Beijing announced it will no longer subject inbound travelers to quarantine from early January, the latest step in the dismantling of strict virus rules. More than a third of Texas Gulf Coast refining capacity was shut over the past few days, including the two biggest plants in the US.

The news out of China “came as a surprise - particularly the timing - considering the rising COVID-19 cases, said Giovanni Staunovo, an analyst at UBS Group AG. “Oil prices are benefiting from the lifting of further mobility restrictions.

Oil is set to end the year modestly higher after being whipsawed this year by Russia’s war in Ukraine, fears of recessions in major economies and, most recently, a vicious COVID-19 wave in China as curbs are loosened. Crude surged more than 7 percent last week as Russia warned it would slash output by as much as 700,000 barrels a day in response to sanctions.

China also downgraded the management of COVID-19 from the highest level to the second highest, effectively removing the legal justification for aggressive COVID-zero restrictions. While the loosening of curbs is setting the stage for a rebound in energy demand next year, it’s sparked a severe wave of infections that’s crimping economic activity in the short term.

In the US, extreme weather forced the two largest US refineries — Motiva Port Arthur and Marathon Galveston Bay — to stop producing gasoline and diesel. More than 1.8 million barrels a day of Texas’s oil processing capacity has been sidelined by the freezing conditions.

Oil’s forward curve is indicating that there’s no major concern about supply, however. Brent’s prompt timespread was 52 cents a barrel in contango. That’s a bearish pattern in which near-term prices are lower than later-dated ones. It was 34 cents in contango at the beginning of last week.
#COVID-19  #Covid
Add Comment