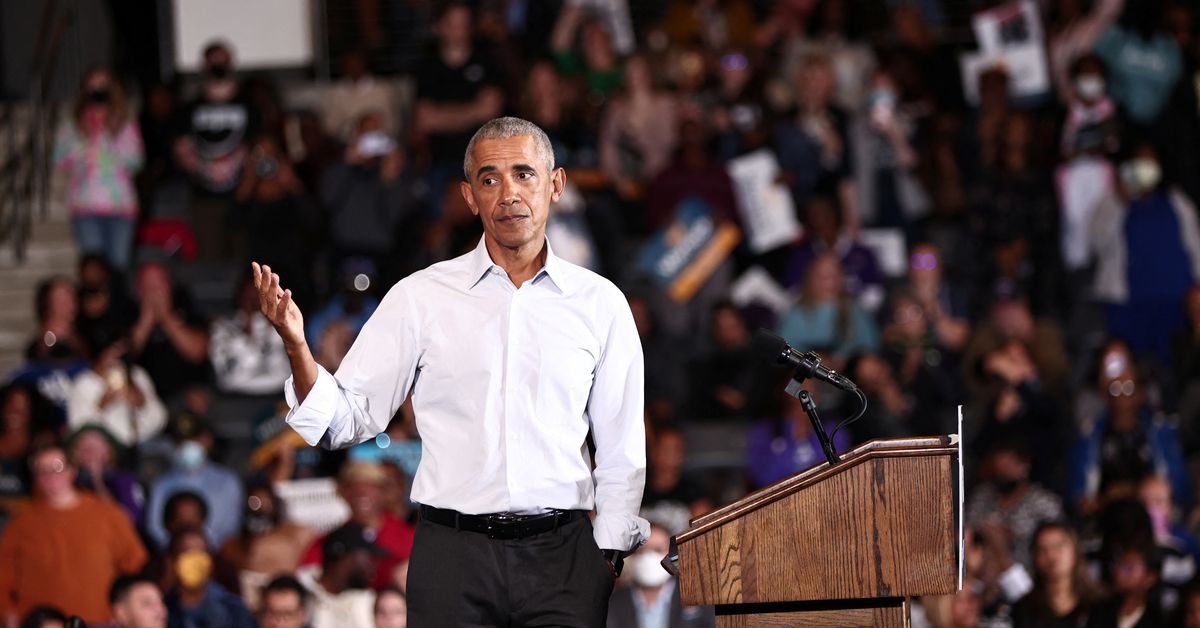 Democratic former President Barack Obama on Tuesday warned that "more people are going to get hurt" unless the U.S. political climate changes, after the husband of the Speaker of the House was attacked by a man wielding a hammer.
A 42-year-old man has been charged with breaking into the home of Speaker Nancy Pelosi on Friday and, in her absence, attacking her 82-year-old husband, Paul Pelosi, fracturing his skull and causing other injuries. The suspect pleaded not guilty to attempted murder and a host of other state charges.

Campaigning at a rally for Democratic candidates in Nevada, the former president said he had spoken to Paul Pelosi recently and "he's going to be OK."

But Obama expressed grave concern about "this erosion of just basic civility and democratic norms," in a country where supporters of Republican former President Donald Trump violently attacked the U.S. Capitol in an attempt to overturn the 2020 election results.

"This increasing habit of demonizing political opponents creates a dangerous climate," Obama said, faulting elected officials who fail to reject the violence, make light of it, or inflame the situation with heated rhetoric.

"If that's the environment that we create, more people are going to get hurt."

Obama was in Las Vegas to lend his star power to candidates who are in extremely close races for U.S. Senate and governor ahead of the Nov. 8 election. He also backed candidates further down the ballot in races for the U.S. Congress, state attorney general and secretary of state.

The two-term president, who left office in 2017, remains the Democratic Party's most popular figure and has already made campaign stops in Wisconsin, Michigan and Georgia.

The Obama tour will continue on Wednesday in Arizona and Saturday in Pennsylvania, two more states with tight races for governor and senator.

The Nevada race could determine which party controls the Senate, which is split 50-50 and in Democratic hands only because Vice Present Kamala Harris can break any ties.