A new report has found a correlation between the influx of Chinese capital into a country and a negative impact on its environment and the quality of governance.

The study -- published by the Bulgarian-based Center for the Study of Democracy on September 9 -- says Beijing’s growing economic footprint in Central and Eastern Europe over the last decade has coincided with a drop in legal and governance standards and raises concerns about the environment and rising debt levels in the region.

The report is the first wide-ranging study of China’s expanding presence in Central and Eastern Europe, which has seen Beijing become the region’s largest trading partner.

China's influential footprint was made possible by the influx of an estimated $14 billion in grants, loans, mergers, and economic concessions since 2009 and an estimated $50 billion in infrastructure, energy, and telecommunications projects that are either currently under way or awaiting implementation.

The research also shows that the more financially tied to China a nation becomes and the higher the share of its gross domestic product is made up of Chinese investment, “the higher the likelihood” that China has exploited problems with the rule of law to expand “its economic and political influence.” 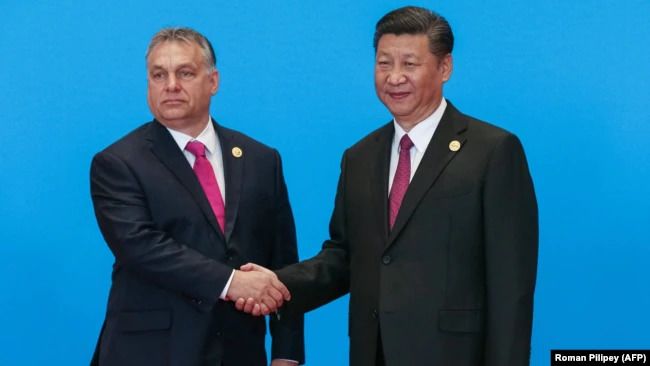 “It’s a vicious cycle where authoritarian countries like China take advantage of legal loopholes and corrupt practices to expand their influence on the ground,” Martin Vladimirov, one of the report’s authors who directs the Center for the Study of Democracy’s energy and climate program, told RFE/RL. “These networks allow for more capital to enter, which leads to a greater drop off. The data shows a very strong correlation between the flow of Chinese money and a declining quality of governance.”

This connection is measured through the institution’s Chinese Economic Power Index, which aims to show the full scope of China’s economic influence. Regional growth has been uneven, with the bulk of Beijing’s expanded clout focused on the Czech Republic, Hungary, and the Western Balkans -- primarily Bosnia-Herzegovina and Serbia.

According to the report’s findings, Bosnia-Herzegovina, Hungary, Montenegro, and Serbia have experienced the most noticeable drops in those categories in connection to increased Chinese investment, with Beijing-backed companies receiving tax exemptions, the ability to bypass local labor laws, and other forms of preferential treatment.

The study adds that especially in the Western Balkans, “local companies with close ties to the governments in the region have been lobbying directly for the implementation of [Chinese] projects,” with many of these local businesses holding a strong commercial interest to act “as a bridge between China and the national governments.”

“All these activities are technically legal,” said Vladimirov. “The overall effect is that government institutions no longer regulate the Chinese companies, and these institutions stop serving the public interest and instead help private ones in the form of politically connected conglomerates or local oligarchs.”

China's presence in Central and Eastern Europe looms large, particularly in the Balkans, where the country has invested billions in recent years and raised concerns in Western policy circles about the region becoming financially dependent on Beijing.

Serbia, where Belgrade has functioned as an economic and political hub for Beijing to expand across the Western Balkans, is a notable example of this, according to the report, with the country working as a showcase for various Chinese initiatives -- from telecommunications and surveillance technologies to public health amid the coronavirus pandemic -- that can be adopted by neighboring countries.

But many Chinese projects across the region have been pushed into the spotlight recently amid controversy over nontransparent contracts and accusations of corruption during the tender process. 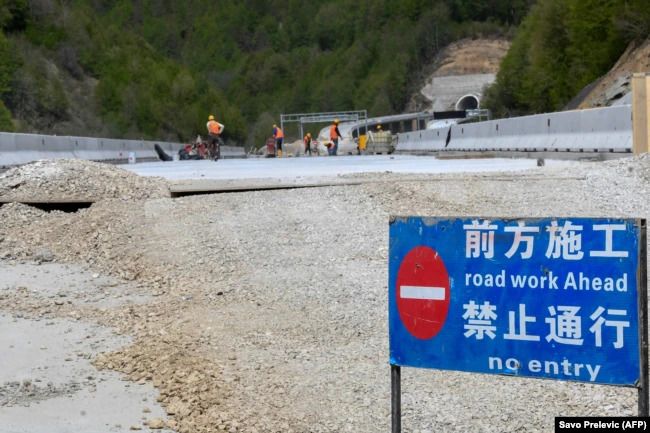 Hungarian Prime Minister Viktor Orban has faced protests and political pressure from Budapest's mayor after it was revealed that his government planned to take out a $1.5 billion loan from a Chinese bank to build a local campus for Shanghai’s Fudan University.

A long-delayed $1 billion highway project in Montenegro also made international headlines and was at the center of debate about Chinese influence in Europe after the small Balkan nation revealed it would be unable to pay its debt to the Export-Import Bank of China. In addition to being behind schedule, the highway faced criticism over inflated costs and an overreliance on Chinese workers.

Ultimately, Podgorica received debt assistance from a collection of U.S. and European institutions to help stabilize its finances and meet its loan payments.

“Central and Eastern Europe have been a very effective backdoor for Chinese businesses to expand across Europe and the European Union,” said Vladimirov. “It’s part of a long-term strategy.”

The report also finds that China’s economic rise has led to a growing share of coal-fired power used to generate electricity in Central and Eastern Europe, as well as cost-cutting and lowered environmental standards for projects across the region.


In addition to debt concerns, Montenegro’s controversial highway has also been in the crosshairs of activists over environmental damage that construction has brought to the UNESCO-protected Tara River.

Similarly, environmental damage caused by a Chinese-owned copper mine near the Serbian city of Bor has led to complaints of and protests over pollution, forcing the company to temporarily halt its operations.

The report cautions that the increased carbon emissions and Chinese investment into coal could also impede the aspirations of Western Balkan countries wanting to join the EU. The bloc has unveiled ambitious plans to phase out coal use over the next decade, as well as targets to reduce carbon emissions for 2030 and 2050.

“China isn’t trying to stop countries from joining the EU,” said Vladimirov, “but the laws and policies that are being adopted to facilitate Chinese investment indirectly undermine the accession process for many countries.”