GAO expected to issue decision on Microsoft's claim on or by Oct. 29

Microsoft Corporation has filed a protest with the Government Accountability Office (GAO) against a Department of Defense contract awarded to Amazon.com Inc.

The tech giant's protest was filed on July 21 – two weeks after the Pentagon canceled the disputed JEDI (Joint Enterprise Defense Infrastructure) Microsoft cloud-computing contract, saying that the department determined the contract no longer met its needs due to "evolving requirements, increased cloud conversancy and industry advances."

In its complaint, Microsoft alleges that the National Security Agency (NSA) did not conduct a proper evaluation before awarding the contract to Amazon Web Services (AWS), according to Washington Technology.

The outlet, which first reported the filing, noted that the lucrative contract – codenamed "WildandStormy" – carries a value of close to $10 billion dollars.

The JEDI Cloud contract also could eventually have been worth $10 billion and AWS had initially challenged the original contract awarded to Microsoft, arguing that decision was tainted by politics in 2019.

JEDI was meant to store and process vast amounts of classified data, allowing the U.S. military to improve communications with its soldiers and utilize artificial intelligence (AI) to speed up war planning and fighting capabilities.

In July, the Pentagon’s chief information officer, John Sherman, told reporters the "landscape had evolved" with new possibilities for large-scale cloud computing services – the reason for starting over.

At that point, however, Sherman said that both AWS and Microsoft would "likely" be awarded parts of the business and that JEDI would be replaced by a new program called Joint Warfighter Cloud Capability.

Both AWS and Microsoft released statements in support of the Pentagon's decision.

The GAO is expected to issue a decision on the protest on Oct. 29.

"The Agency will respond to the protest in accordance with appropriate federal regulations," an NSA spokesperson told Nextgov.

A Microsoft spokesperson told FOX Business on Wednesday that the company would exercise its legal rights "carefully and responsibly." 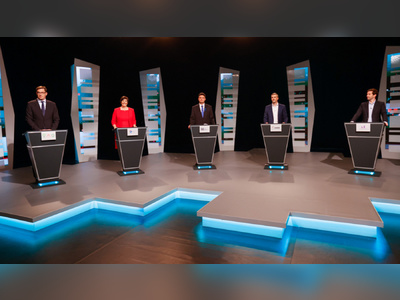