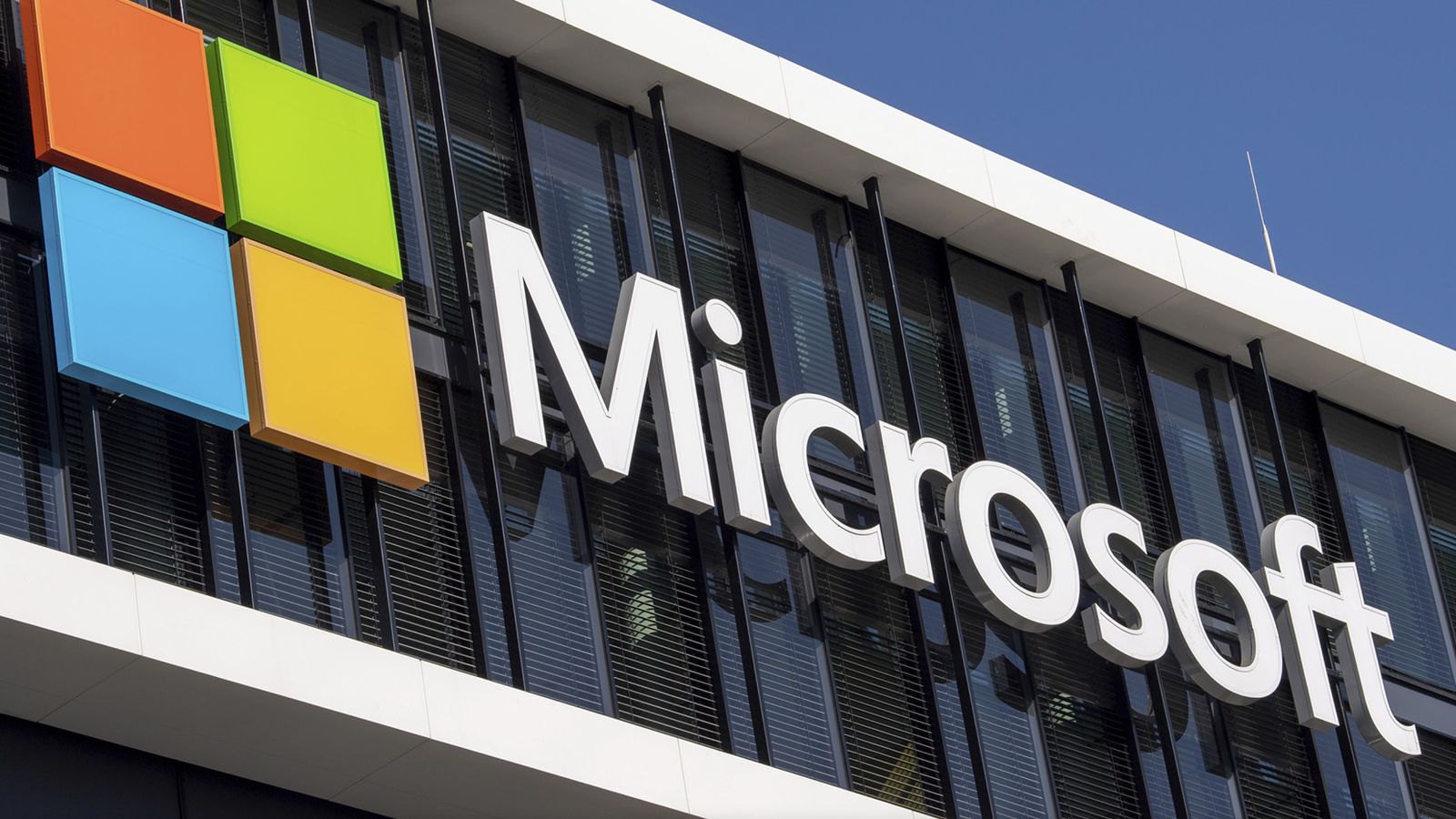 The figure compares with $45.32bn a year earlier and analysts' forecasts of $49.61bn, according to Refinitiv IBES data.

Products such as Outlook and Teams have made the company essential to businesses continuing to use flexible work models, despite the broader hit to corporate spending.

The news was more gloomy for Alphabet, which owns Google, however, as it missed estimates for quarterly revenue.

Alphabet was hit by a fall in income from advertisers who are cutting costs.

The company said total revenue was $69.09bn in the quarter to 30 September, compared with $65.12bn a year
earlier.

Analysts on average expected revenue of $70.58bn, according to Refinitiv data.

Sophie Lund-Yates, lead equity analyst at Hargreaves Lansdown, said: "The slowdown in advertising revenue was not a surprise, but the speed of the slowdown was unwelcome, and the market is still highly sensitive to the changing tide.

"A weaker economic outlook will always put the brakes on a company's ability to pay for marketing. Plenty of tech companies rely on advertising revenue and the changing economic temperature saw Snap's shares enter a landslide earlier in the month.

"The reason Alphabet isn't following suit to the same degree is because it's utterly indispensable. Demand may ebb and flow, but it will never turn off completely, and that's reflected in a pretty remarkable share price performance over the last month.

"Google isn't a trend that might dissipate, it's a fundamental daily activity for swathes of the globe's population.

"Fundamentally the only true long-term risk to Alphabet's investment case is the heightened anti-trust landscape.

"Further political and legal scrutiny will happen. It's a case of when not if.

"Enormously deep pockets mean Alphabet can handle these blips on a financial front, but it becomes a bigger question if today's more ethically minded investors were to reach the end of their patience."