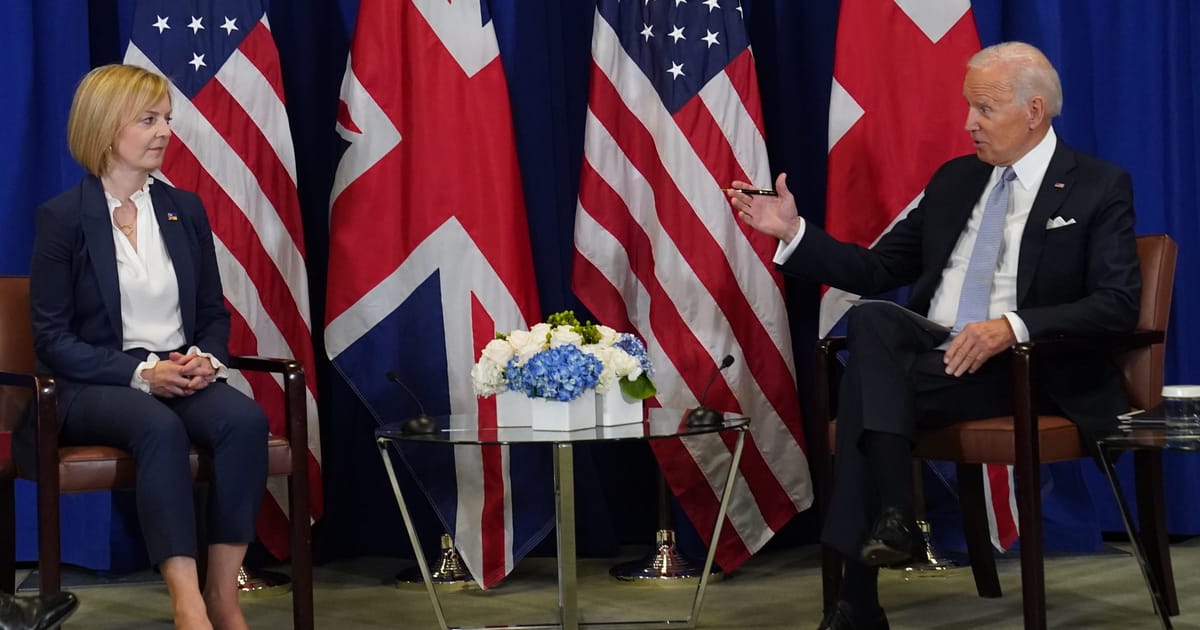 U.S. President Joe Biden laid into beleaguered U.K. Prime Minister Liz Truss’ tax-cutting agenda Saturday, calling it a “mistake” and warning that a lack of “sound policy in other countries” could hold back the United States.

Truss, just weeks into the job, is fighting for her political life after proposing — and then being forced to abandon — debt-funded tax reductions for Britain’s top earners and businesses that roiled the markets.

Speaking on a campaign stop in Oregon, Biden claimed it was “predictable” that Truss would have to row back on her agenda, which was also openly criticized by the International Monetary Fund.

“I wasn’t the only one that thought it was a mistake,” the U.S. president said of Truss’ plans. “I think that the idea of cutting taxes on the super-wealthy at a time when […] I disagree with the policy, but that’s up to Great Britain.”

With inflation expected to play a major part in the upcoming U.S. mid-term elections, Biden said the American economy remained “strong as hell,” but that he is “concerned about the rest of the world.”

And he added: “The problem is the lack of economic growth and sound policy in other countries. It’s worldwide inflation, that’s consequential.”

Biden’s swipe at the Truss agenda is an unusual move, given that presidents tend to avoid commenting on the domestic policy of allies.

It came as Truss’ newly-appointed chancellor, Jeremy Hunt, signalled further fiscal U-turns could be on the cards.

“We have to be honest with people and we are going to have to take some very difficult decisions both on spending and on tax to get debt falling but the top of our minds when making these decisions will be how to protect and help struggling families, businesses and people,” Hunt said in a statement issued overnight.

Truss and Hunt will on Sunday hold talks at the prime minister’s country retreat, Chequers, the BBC reported, ahead of a fresh economic plan due to be unveiled October 31.