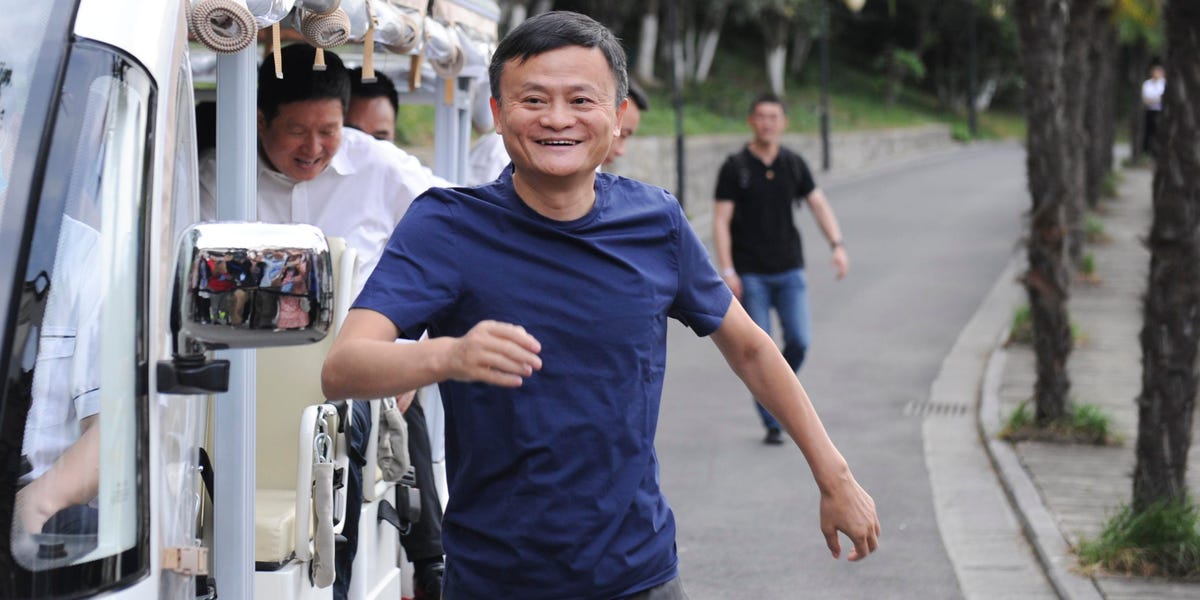 Ma has been lying low since October 2020, when he gave a speech criticizing China's financial regulatory system that angered Chinese authorities.
Once one of China's richest businessmen, Jack Ma, the founder of Alibaba Group, mostly disappeared from public view two years ago after a run-in with the authorities. He's now resurfaced in Tokyo, the Financial Times reported on Tuesday, citing people with direct knowledge of his whereabouts.

Ma, an outspoken teacher turned tech titan, was once a high-profile jet-setter who was the face of China's Big Tech. But he has been lying low since October 2020 after giving a speech criticizing China's financial regulatory system.

His words angered the Chinese authorities, prompting intense regulatory scrutiny of his businesses and a wider crackdown on tech firms in the country.

There has been intense speculation about Ma's whereabouts since he vanished from the limelight.

The billionaire was spotted in July visiting Wageningen University & Research, the Dutch institution announced on its website.

The Financial Times report said that though he's been living in Tokyo for nearly half a year, Ma has been keeping a low profile in the city and socializing mainly within several private members clubs. It said he's also spent his time in Japan visiting hot springs and ski resorts in the countryside with his family.

Ma has been making regular trips to the US and Israel, the report said.

Like China, Japan had some of the world's toughest border controls during the pandemic, but visa-free travel resumed last month. In contrast, lockdowns have persisted in China, leading to rare protests against the authorities over the weekend.

The spotlight on Ma's activities coincided with Beijing's push for "common prosperity," a concept that the rich must share their wealth with the poor to create a more equal society. The drive hit tech firms as well as property firms, which were forced to reduce their debt levels as authorities sought to control high home prices.

This weighed on Chinese tech and property firms, sending the net worth of the country's richest people plunging. Ma, who at his peak was worth about $61 billion in October 2020, is now thought to be worth about $30.7 billion, according to the Bloomberg Billionaires Index. That's in part because Alibaba's share price has fallen by about 75% from its 2020 peak.

Ma stepped down as the chairman of Alibaba in 2019. He still sits on the board of the Jack Ma Foundation, which he founded.

The foundation did not respond immediately to a request from Insider for comment.
#Alibaba  #Jack Ma

Brad 56 days ago
Jack Ma, is staying in Belize in a private villa.
View all comments (1)Add comment