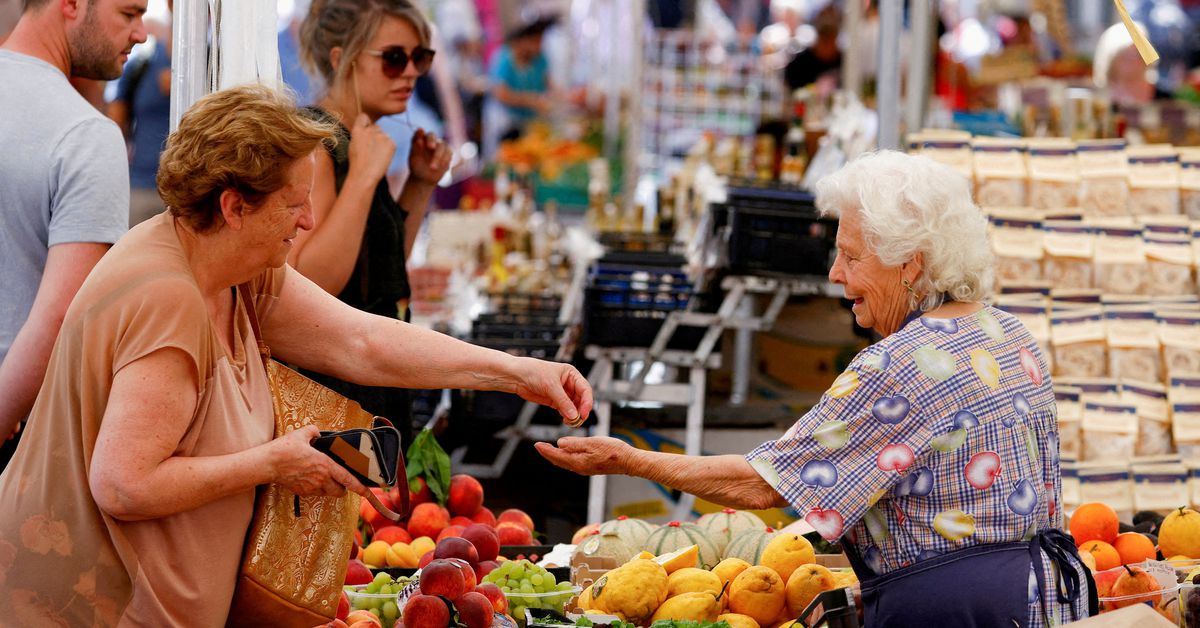 Italy's new right-wing government signed off on its first budget on Tuesday, a package focusing on curbing sky-high energy bills and cutting taxes from next year for payroll workers and the self-employed.

Prime Minister Giorgia Meloni hopes the spending boost will speed a recovery in the euro zone's third largest economy, which the Treasury has forecast will contract in the current quarter and the first quarter of next year.

The budget bill was approved at around half-past midnight (23:30 GMT), Meloni's office said, after a three-hour cabinet meeting. It now goes to parliament, which must pass it by the end of the year.

The measures total almost 35 billion euros ($35.84 billion), with Rome planning to fund around 60% of the package by driving up next year's budget deficit to 4.5% of gross domestic product (GDP) from 3.4% forecast in September.

Other sources of funding include an increase in a windfall tax on energy companies that have benefited from the surge in oil and gas prices, the Treasury said in a statement.

With a tax rate rising from 25% to 35% until July 2023 and calculated on profits instead of revenues, the new levy follows a framework proposed by the European Commission and replaces a scheme which has triggered criticism and refusals to pay from numerous energy firms.

The budget tightens the terms of the "citizens' wage" poverty relief scheme for the unemployed, which the rightist coalition says discourages people from seeking work.

Next year, able-bodied people of working age will only be able to draw the benefit for a maximum of eight months, ahead of complete abolition of the citizens' wage from Jan 1, 2024.

The budget allocates over 21 billion euros next year to help firms and households pay electricity and gas bills.

To boost pay packets, it sets aside some 4.2 billion euros to cutting the "tax wedge" - the difference between the salary an employer pays and what a worker takes home - with the benefit going to low income workers.

The package also introduces fiscal incentives aimed at encouraging the hiring on open ended contracts of women under 36, fixed-term workers and people drawing the citizens' wage.

With inflation biting, Italy's economy is forecast to grow just 0.6% next year after a figure of 3.7% this year, according to the latest Treasury estimates, which are more upbeat than those of many independent forecasters.

Implementing one of Meloni's flagship fiscal proposals, the budget extends a 15% single tax rate for the self-employed to annual income of up to 85,000 euros, compared with the current ceiling of 65,000 euros.

With a view to building a huge bridge connecting Sicily to the Italian mainland, a long-time pet-project of Italy's right, to oversee the project the bill relaunches a dedicated state-backed company that had been put into liquidation.

One of the most contentious measures in the budget is an amnesty on tax arrears of up to 1,000 euros stemming from before 2016. Critics say such amnesties, which are not uncommon in Italy, encourage people not to pay their taxes.

The budget also conditionally reduces the retirement age next year, stipulating that Italians will be able to draw a pension from the age of 62 provided they have paid in at least 41 years of contributions.

Under a rule put in place for just this year by Meloni's predecessor Mario Draghi, people are granted a state pension at 64 provided they have worked for 38 years.

With an eye to the cost of living, the budget cuts the VAT sales tax on some essential consumer staples such as baby-care products and female sanitary tampons to 5% from 10%.