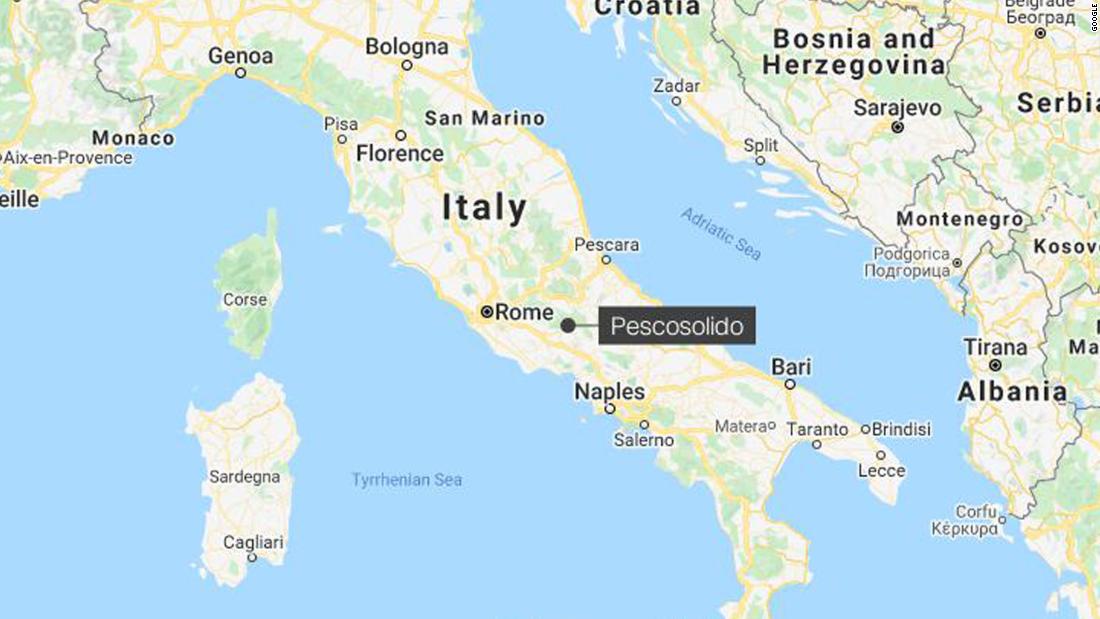 A couple in central Italy who thought they were being burgled were instead shocked to find an endangered brown bear on their balcony.

Annalisa Castagna and her husband, Claudio Paravano, were alarmed by a noise outside their property and went to investigate, only to find themselves face to face with a Marsican brown bear, Castagna recalled in a Facebook post published Sunday.

They had "a close encounter with the bear. We were face to face, less than a meter away," she wrote. "I was able to count all the teeth he had in his mouth plus the red tongue."

Castagna said she "screamed in the bear's face" and the animal then tried to reach her with its paw. 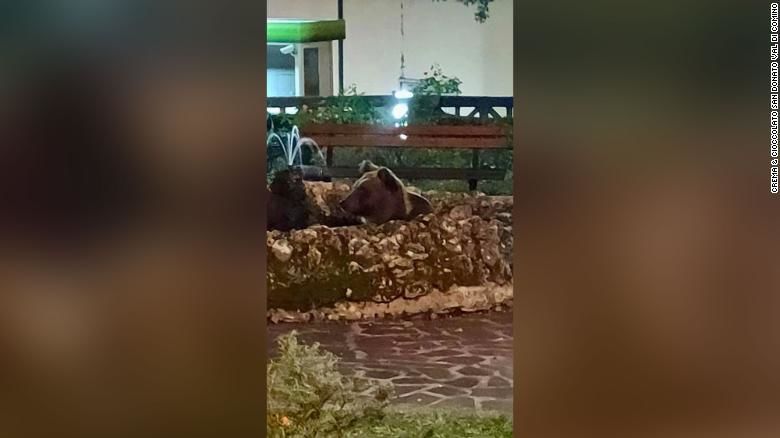 A few days before the encounter on the balcony, a Marsican bear was spotted bathing in a fountain in a nearby village.

The encounter happened at the couple's home in the village of Pescosolido, home to fewer than 1,500 people, on the edges of the Abruzzo National Park in central Italy.

The park is home to around 60 Marsican bears, which are smaller than those found in the Alps, "but they can still reach 200 kilos," said town mayor Donato Bellisario.

"Before going into hibernation, the bears are in a period of hyperphagia (extreme hunger), they need to store energy for the winter," Bellisario told CNN on Wednesday. "We often see them in the village searching for fruit, bees' hives, but they never attacked men."

Bellisario said he and a few guards from the national park had inspected the couple's balcony to determine what had attracted the bear, but they couldn't tell.

While Castagna escaped unscathed from the encounter, Paravano "was forced to jump over the fence," according to the Facebook post. He fell three meters (10 feet) and suffered a fractured pelvis, said Bellisario, and faces a couple of months of recovery.

Only a few days before that incident, a Marsican bear was spotted taking an evening bath in the fountain of a nearby village, San Donato Val Di Comino.

"The bear has arrived in the village and takes a bath in the fountain of the public garden," reads the caption of a photo posted on the village's Facebook page.

The photo was taken by Vania Tramontozzi, whose husband runs a bar in the central square of the village.

"The bear's arrival was not initially noticed, it was really quiet," she told CNN. "I assure you that seeing him so calm and relaxed inside the fountain, at about 7.45 pm, when people are still around, was a rare and exciting thing."