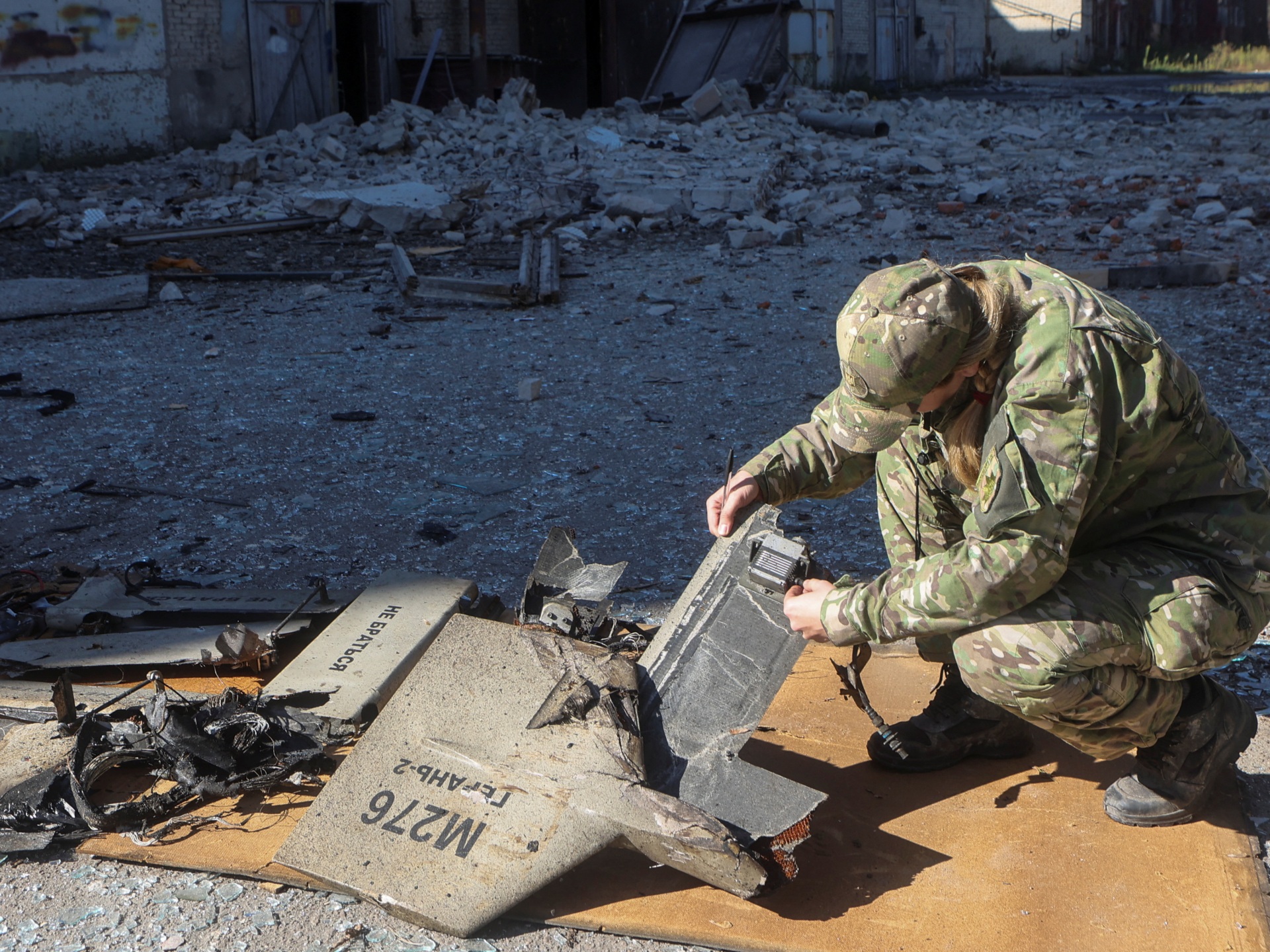 Ukraine’s foreign minister says he talked to the Israeli prime minister about the destruction ’caused by Russian missiles and Iranian-made drones’.

Ukrainian and Israeli officials have held talks about Kyiv’s request for Israel to provide air defence assistance, days after Russia allegedly deployed Iranian “kamikaze” drones as part of a new wave of air raids on the war-torn country.

Ukrainian foreign minister Dmytro Kuleba said on Thursday he had spoken on the phone to Israeli Prime Minister Yair Lapid and “discussed in detail” the provision of air and missile defence systems and technology.

“I informed him [about the] unspeakable suffering, loss of life, and destruction caused by Russian missiles and Iranian-made drones,” he tweeted.

Lapid’s office said in a statement on Thursday that the Israeli prime minister had expressed “deep concern” over the military ties between Russia and arch foe Iran.

Ukraine this week accused Russia of using four Iranian-made drones to bomb Kyiv and said its air defences have shot down 223 Iranian drones since mid-September.

The Kremlin said it had no knowledge of its army using Iranian drones in Ukraine and Tehran said the claims that it is providing Russia with weapons are “baseless”.

European Union countries, however, said they had found evidence supporting Kyiv’s claim and on Thursday adopted sanctions on Iran over its provision of drones to Russia.

The phone call between Kuleba and Lapid came two days after Ukraine stepped up appeals for Israeli help with air defence systems to intercept Iranian drones and ballistic missiles.

In the request, Ukraine also demanded that Israel train its forces in operating the systems, Axios reported.

Israel has walked a delicate diplomatic line since the start of the Russian invasion in late February, seeking to preserve ties with Moscow.

While condemning Russia’s move, it has limited its assistance to humanitarian relief, citing a desire to ensure the wellbeing of Russia’s Jews and to continue cooperation with Moscow over war-ravaged neighbour Syria.

On Wednesday, Israeli defence minister Benny Gantz reiterated Tel Aviv’s position that it would not sell weapon systems to Ukraine.

According to a statement by his office, however, Gantz had asked Ukraine “to share information about their needs for air defence alerts”.

Israel would be able to “assist in the development of a life-saving civilian early-warning system”, the statement said. Ukraine’s ambassador had asked for systems that would shoot down the drones instead.

Russia warned on Monday that an Israeli move to bolster Kyiv’s forces would severely damage relations between Moscow and Tel Aviv.