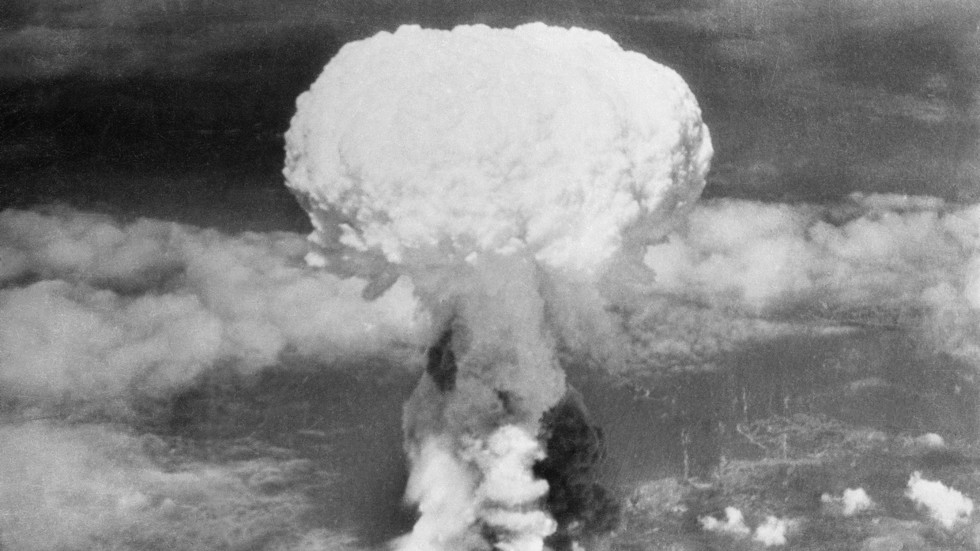 Iran blasts ‘inhumane’ US on anniversary of Hiroshima bombing, calls for denuclearization of world

The Iranian government called out the United States in a statement commemorating the 76th anniversary of the US nuclear bombing of Hiroshima and called for a world without nuclear weapons.
Saeed Khatibzadeh, a spokesperson for Iran’s Foreign Ministry, declared on Saturday that the bombing of Hiroshima on August 6, 1945, showed the world that the US “spares no inhumane efforts and acts to achieve its illegitimate and irrational objectives.”

Khatibzadeh said that “the commemoration of the victims of this tragedy reminds the world of the need to seriously pursue and realize the lofty ideal of a world free of nuclear weapons,” before arguing that “the ominous shadow and constant threat of such arms always endanger international peace and security.”

Iran – which does not itself possess nuclear weapons – also criticized the US for “modernizing their weapons and upgrading the status of nuclear arms in their military-security doctrine” instead of attempting to denuclearize.

The US bombing of Hiroshima at the end of World War II was the first time nuclear weapons were dropped on a civilian population.
Some of the lowest estimates suggest that more than 66,000 people were killed – among them, children – and a further 69,000 were injured, while many others suffered from the long-term effects of radiation. Other estimates place the death toll even higher.

Three days later, the US also dropped a nuclear bomb on Nagasaki, which killed some 40,000 civilians and injured more than 25,000 more.

The US has never apologized to Japan for the bombings, despite survivors calling on the government to “acknowledge that the US committed a crime against humanity and against international law.”

Five nuclear-weapons-holding countries are signed up to the Nuclear Non-Proliferation Treaty (NPT), which commits them to preventing other nations from possessing nuclear weaponry. These include the US, the United Kingdom, France, China, and Russia.
North Korea, India, and Pakistan also possess nuclear weapons, and it is highly suspected that Israel does too, despite its refusal to confirm or deny any possession or testing thereof.

In 2015, Iran committed to a purely peaceful nuclear program as part of the Joint Comprehensive Plan of Action (JCPOA) with the international community. Several years later, however, after then-US president Donald Trump withdrew his country from the agreement and resumed sanctions against Iran, the JCPOA was thrown into disarray.

Though Iran has expressed interest in returning to the agreement, it has stated that a return would be conditional on the US dropping sanctions against the country – a condition to which President Joe Biden has been unwilling to commit to. A deal has not yet been reached and discussions continue.

Last month, US Secretary of State Anthony Blinken warned that negotiations could not “go on indefinitely” and claimed the ball was in “Iran’s court.”
#Donald Trump  #Joe Biden
Add Comment