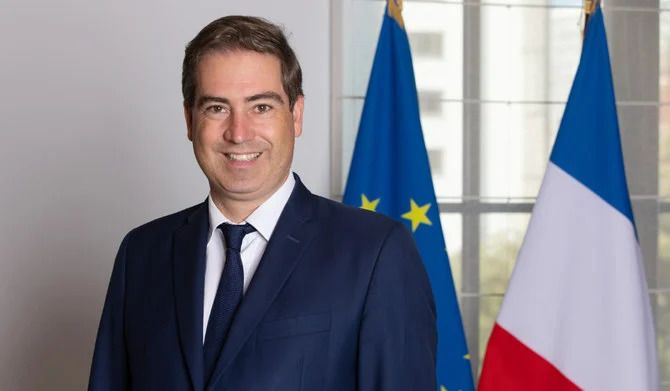 PARIS: Arab News en Français met with Minister for Foreign Trade, Attractiveness and French Nationals Abroad Olivier Becht on the eve of his first visit to Saudi Arabia to discuss his program, which will strengthen Saudi-French economic and commercial ties.
“This year, we celebrated the 20th anniversary of the very first Franco-Saudi archaeological mission launched in Hegra under the supervision of archaeologist Laila Nehme. This cooperation has, since then, flourished, and now we have more than 15 Franco-Saudi archaeological missions, 11 of which are still being explored today,” said Becht.

He highlighted that the signing of the intergovernmental agreement for the development of AlUla on April 10, 2018 was a real boost to cooperation in the field of archeology and heritage conservation.

“As illustrated in the case of AlUla, archaeological cooperation is a main pillar of our bilateral relationship, and it paves the way for many partnerships in the fields of tourism, culture, research and training,” he said.

“The main goal of my visit is to strengthen our economic and commercial partnerships, (as well as cooperation) in the health sector. I am delighted that a strong delegation of companies from the sector, led by the Health Care Association, is accompanying me on this visit,” said Becht.

“Our companies recognize the economic attractiveness of the Kingdom, and I am sure that in 2023 many of them will take the leap and settle there,” he added.

During his first visit to Saudi Arabia, the minister will have the opportunity to meet Saudi Minister of Investment Khalid Al-Falih, Minister of Trade and Media Dr. Majid Al-Qasabi and Minister of Industry and Mineral Resources Bandar Ibrahim Al-Khorayef.

“We will mainly discuss ways to strengthen our economic partnership in the health sector, but also in all the other strategic sectors,” said Becht, stressing that his hope is to make the discussions as fruitful as possible.

“French companies are committed to increasing and diversifying their investments in the Saudi economy, in line with the priorities of the Kingdom’s Vision 2030, particularly in renewable energies, hydrogen, water, the environment, the digital economy, the smart city and, of course, tourism services and infrastructure,” he said.

“Several partnerships between French startups and Saudi companies and investors have been established in the recent years…in particular the delegation of startups led by Generation 2030, during the last Future Investment Initiative in 2022 in Riyadh,” Becht said.

The minister added that France is ready to use its expertise in many high-tech and digital fields — including smart cities, cybersecurity and artificial intelligence — to develop new economic partnerships with the Kingdom.

“In this context, we are pleased to welcome a delegation of Saudi startups and investors, led by the Ministry of Investment, to tour the French tech ecosystem (such as Station F, Saclay and Toulouse) in early 2023 and strengthen the ties between both countries in this field,” he said.

The Kingdom launched several projects in 2022, including The Line in NEOM, considered one of the largest projects in the world. Becht told Arab News en Français that French companies are fully committed to participating in the giga-projects of Saudi Arabia’s economic diversification plan.

“Several French companies are already participating in the development of NEOM, particularly in the transport and infrastructure sectors. Many other sectors hold opportunities for our companies: information and communication technologies, energy and sustainable development, construction, engineering consultancy, tourism and security,” Becht said.

The French minister’s visit, which begins on Monday, Dec. 19 and extends over several days, is not limited to Riyadh. He also expressed his intention to visit AlUla to discover the region and the richness of its archeological sites, particularly from the Nabataean, Dadanite and Lihyanite eras.

“This visit will also provide us with the opportunity to reiterate the full commitment of the French government to support the development of AlUla on each of the following aspects: culture, archaeology, tourism, agriculture and energy,” he said, adding that the French Agency for the Development of AlUla “works daily” with the Royal Commission for AlUla to this end.
Add Comment