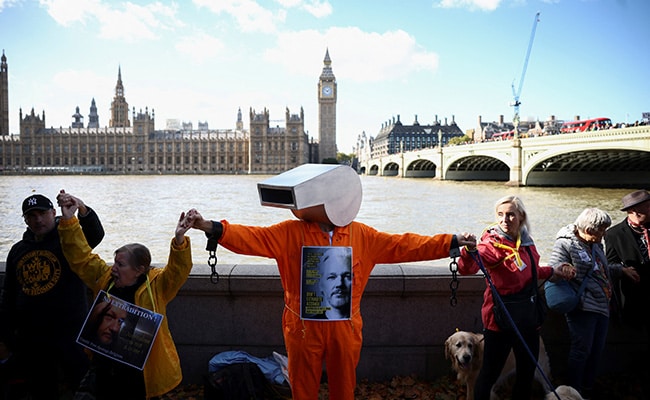 Julian Assange, 51, is wanted by US authorities on 18 counts, including a spying charge, relating to WikiLeaks' release of confidential US military records and diplomatic cables.

Supporters of WikiLeaks founder Julian Assange formed a human chain outside Britain's parliament on Saturday to demand an end to an attempt by the United States to have him extradited to face criminal charges. 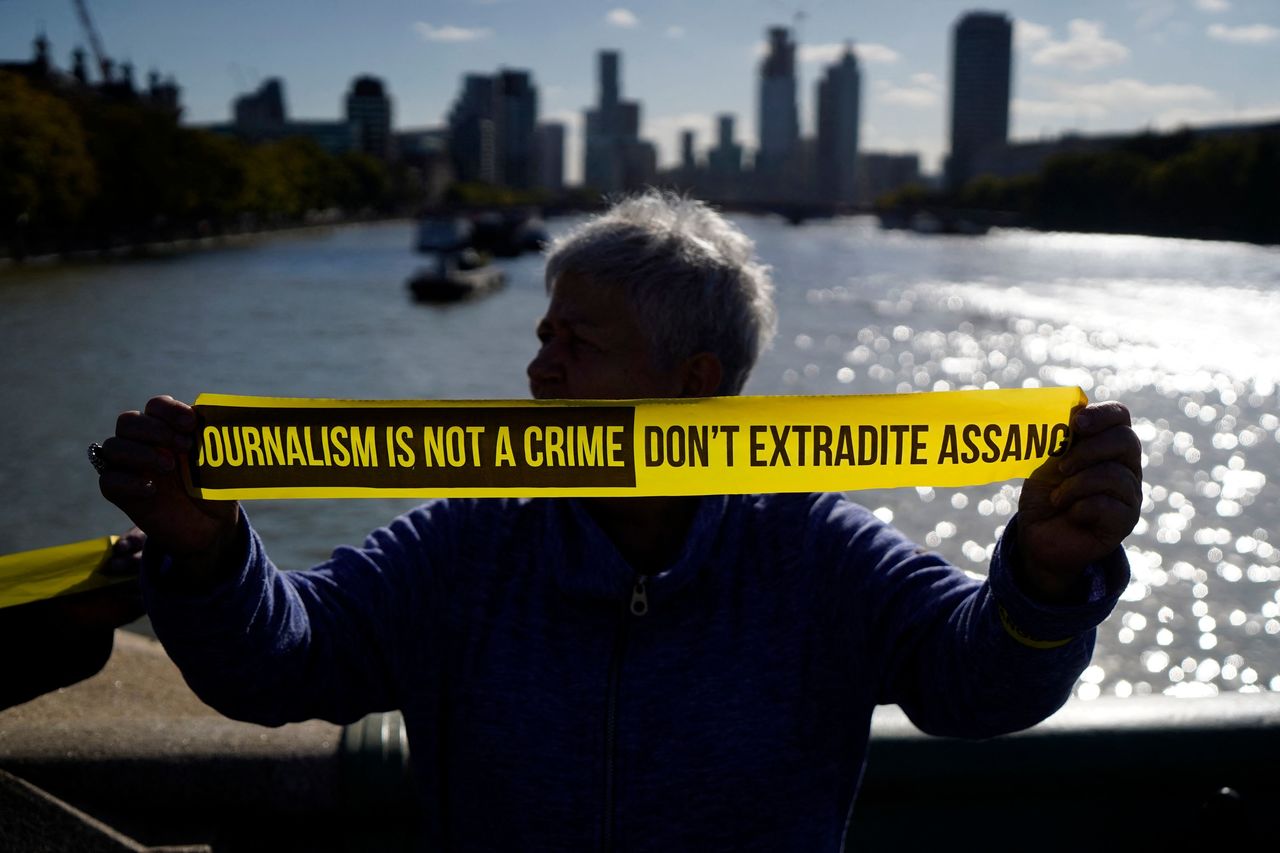 Hundreds of protesters, including Jeremy Corbyn, the former leader of Britain's opposition Labour Party, gathered in a line which stretched from parliament's perimeter railings and snaked across nearby Westminster Bridge to the other side of the River Thames. 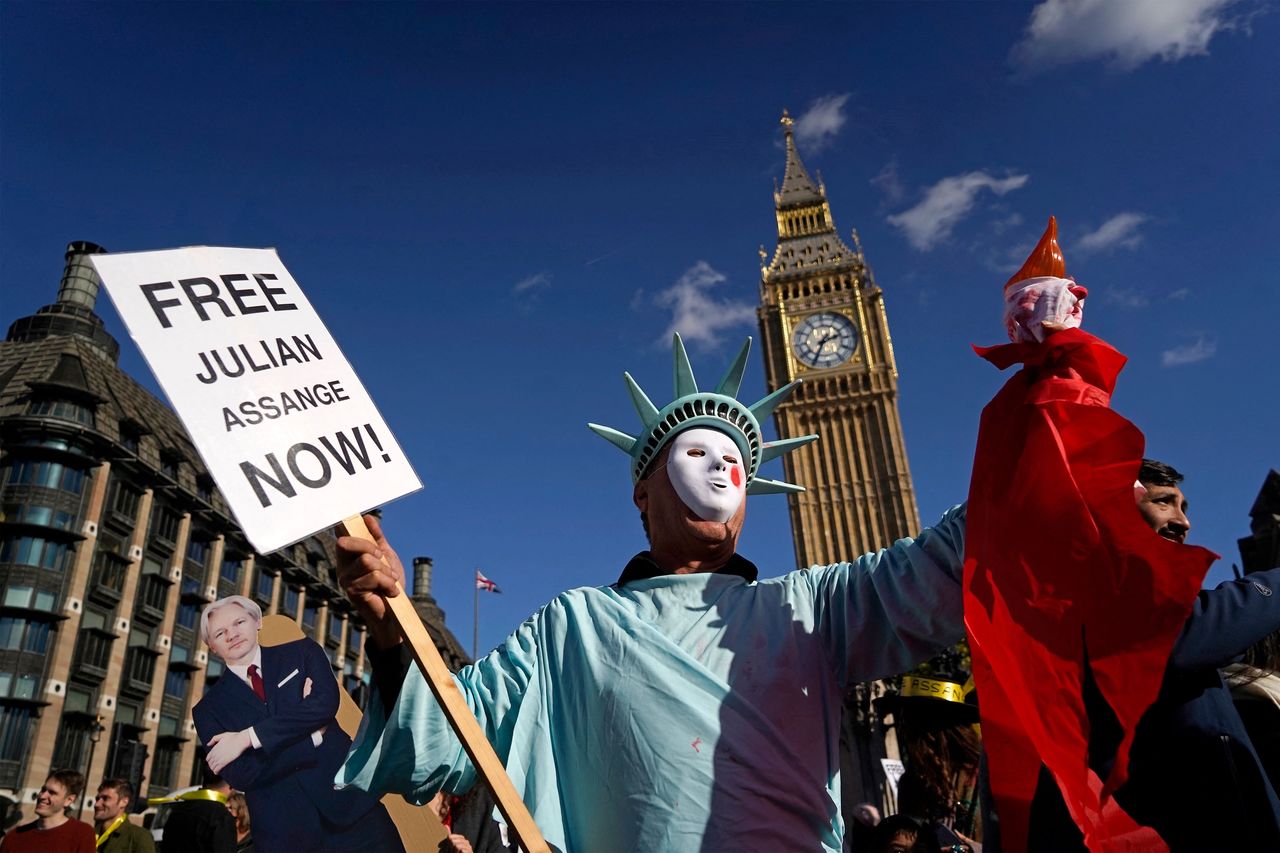 A UK court on issued on April 20, 2022 a formal order to extradite the WikiLeaks founder to face trial in the United States

Stella Assange, who is married to the Australian-born activist, said the British government should speak to authorities in the United States to end the extradition bid which was launched in 2019. 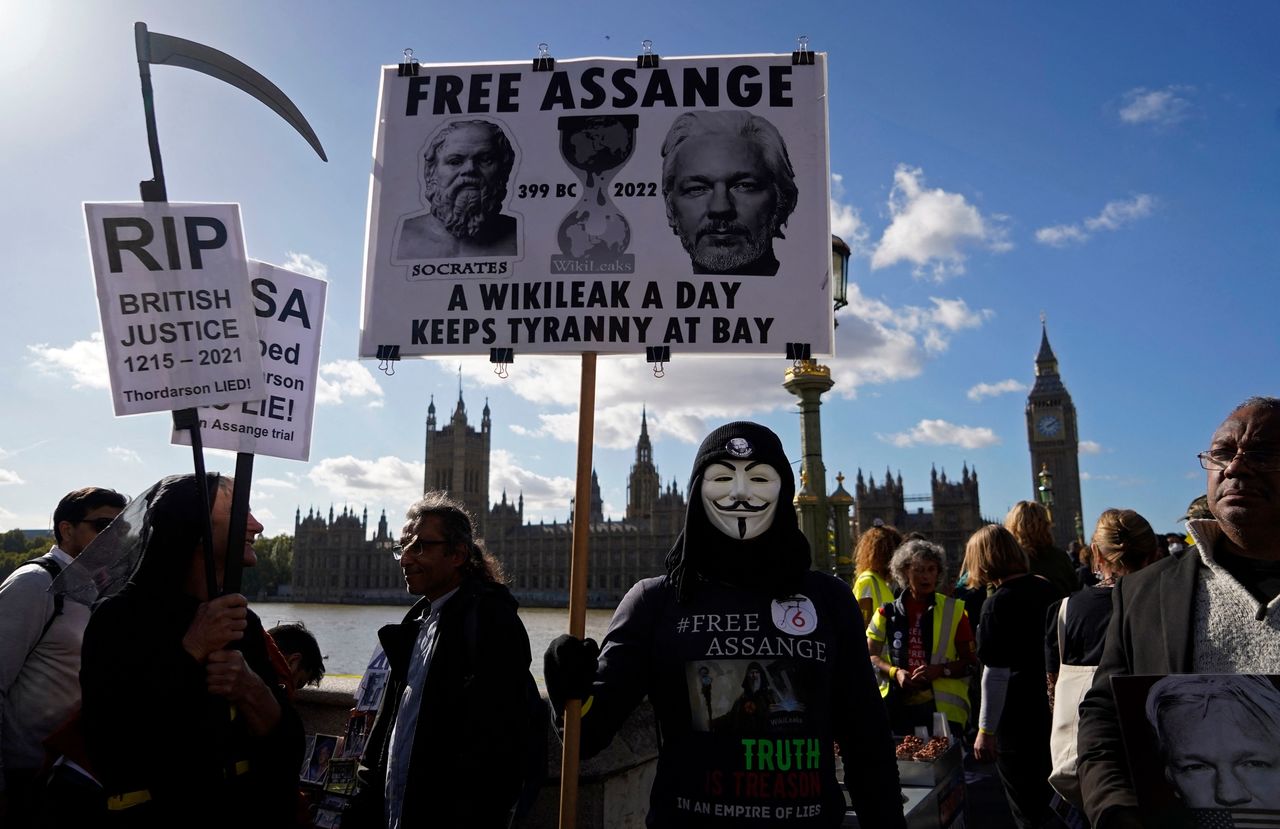 He is to face trial over the publication of secret files relating to the Iraq and Afghanistan wars.

Supporters of Assange were also due to protest on Saturday outside the US Department of Justice in Washington. 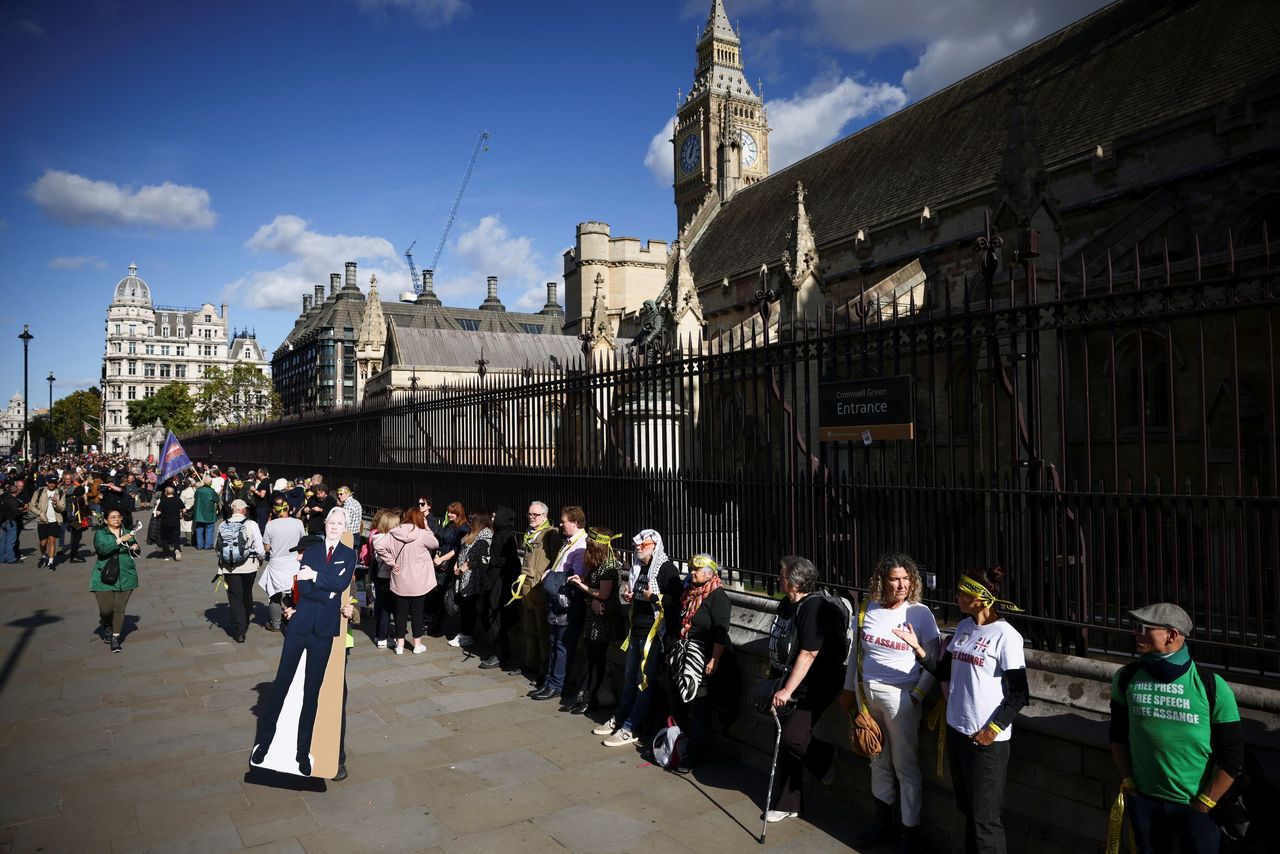 Julian Assange, 51, is wanted by US authorities on 18 counts, including a spying charge, relating to WikiLeaks' release of confidential US military records and diplomatic cables.

Washington says he put lives in danger. His supporters say he has been victimized because he exposed US wrongdoing in conflicts in Afghanistan and Iraq. 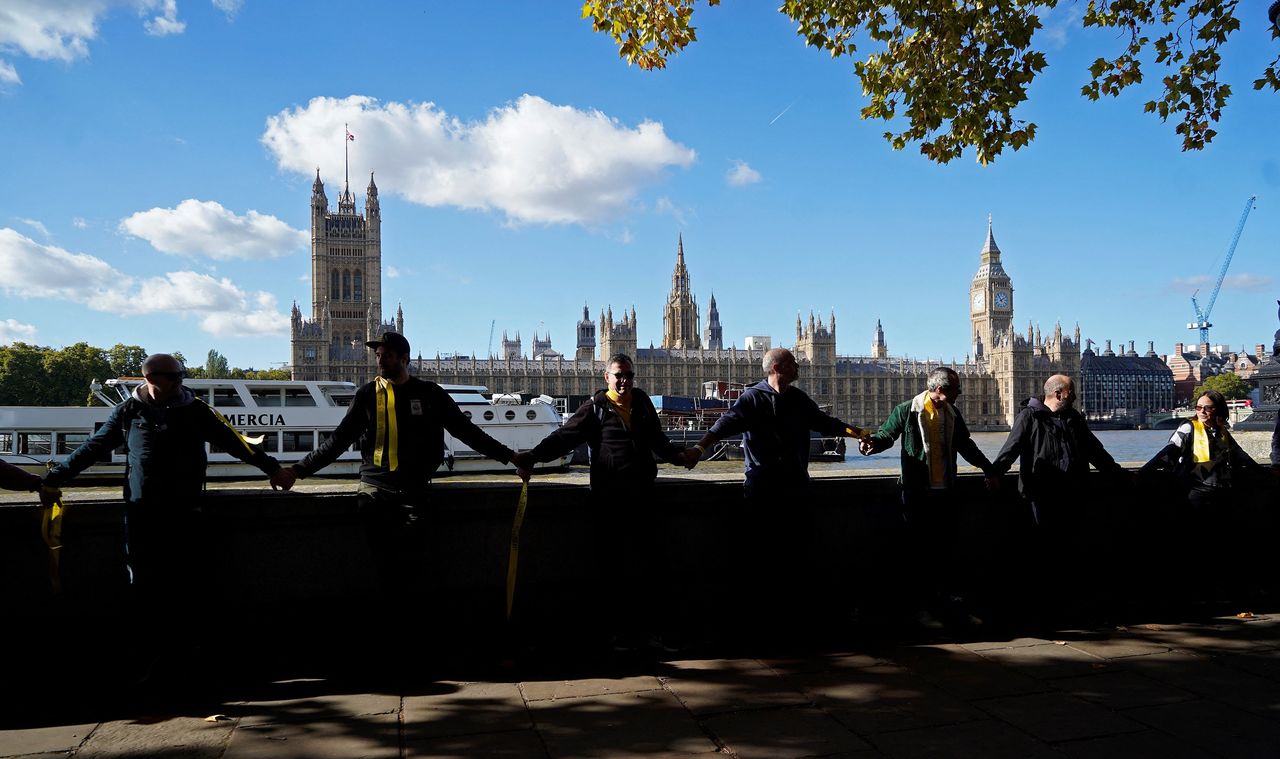 The charges he faces under the US Espionage Act could bring a sentence of up to 175 years in prison.

Assange's legal team have lodged an appeal at Britain's High Court against London's decision to extradite him.