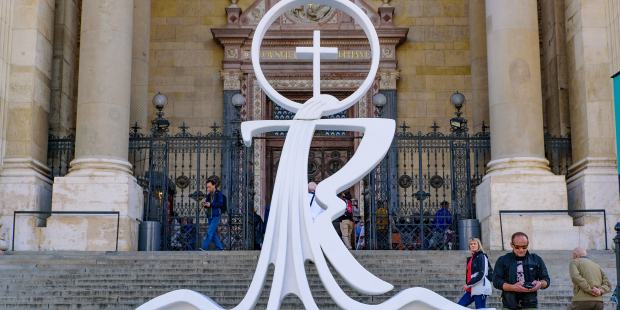 In Budapest, the Eucharist will be the center of everything

Look forward to these highlights during the upcoming International Eucharistic Congress, to be held in Hungary.

On September 5, 2021, the 52nd International Eucharistic Congress begins in Budapest (Hungary). Thousands of Christians are expected—although many participants will follow the event from a distance—and Pope Francis will celebrate the closing Mass of this week of reflection and prayer on September 12.

One of the main aims of this week of meeting and prayer is catechesis. Prelates from all over the world will come to teach every morning in the Hungarian capital. Cardinal João Tempesta, Archbishop of Rio de Janeiro (Brazil), will be the first to speak, followed by Cardinal Gérald Lacroix, Archbishop of Quebec (Canada).

Father Kornél Fábry, Secretary General of the Eucharistic Congress, announced that Bartholomew I, Ecumenical Patriarch of Constantinople, would also be present.

The program of meetings, which will take place mainly in the Budapest Congress Center, promises to be dense. Lay witnesses will also make their contribution to the program: the President of the Republic of Hungary, János Áder, the American biblical scholar Mary Healy, and the founder of the Shalom Catholic Community, Moysés Azevedo, will all speak.

An atmosphere of festivity

Concerts will be held every evening throughout the Congress. The 100-member Budapest Gypsy Orchestra will play for the participants, who will also be able to listen to the choir of the Moscow Patriarchate.

On Saturday, September 11, a large Eucharistic torchlight procession will be led by the Cardinal Archbishop of Budapest, Cardinal Péter Erdö, through the streets of the Hungarian capital.

During the closing Mass celebrated by Pope Francis, the presence of Prime Minister Viktor Orbán is expected, explains Father Fábry. Although a Calvinist, he is accustomed as head of government to participate in major national Masses—such as that of the national feast, St. Stephen on August 20. Prime Minister Orban’s wife is Catholic.