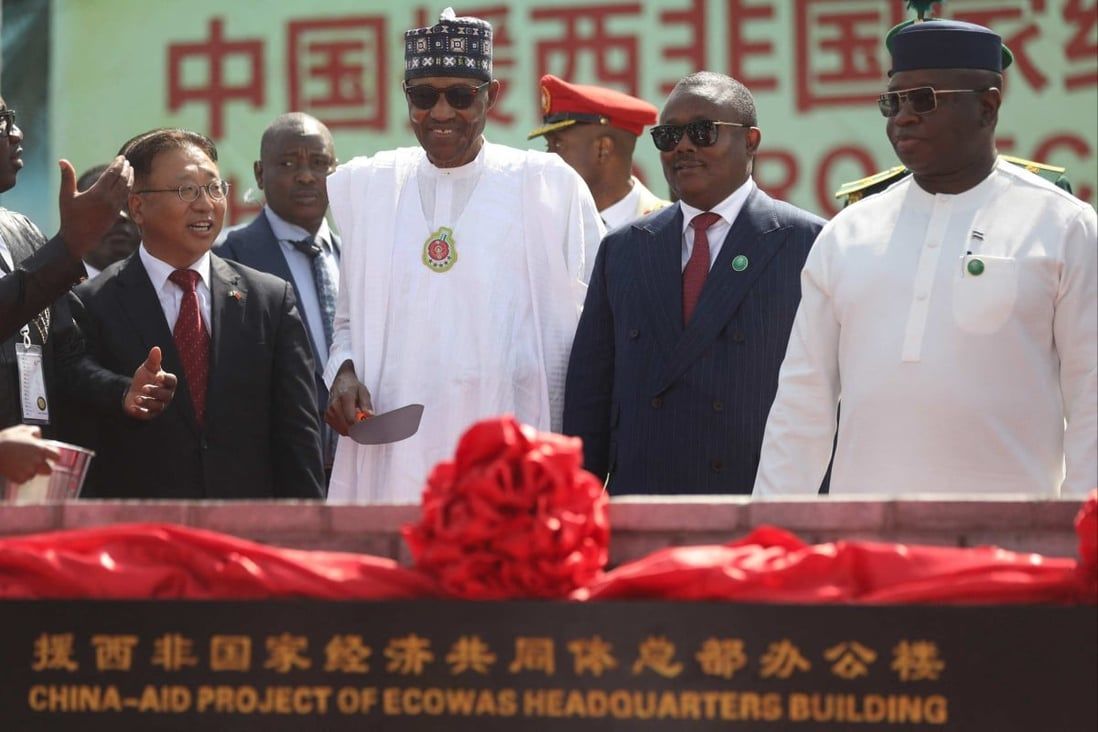 In Africa, China is building influence, brick by brick

New headquarters for West African regional bloc is Beijing’s latest multimillion dollar ‘gift’ in decades of diplomatic outreach.
Earlier this month, officials in the Nigerian capital of Abuja broke ground for the new headquarters of the Economic Community of West African States (ECOWAS).

When completed in just over two years, the complex will enable the regional bloc of 15 member countries to conduct business in one centralised site instead of the three separate locations they now work in.

The US$32 million facility to be on 7 hectares (17 acres) of government-donated land is being paid for by China – the latest in a series of high-profile donations in several African countries as Beijing increases its clout on the continent.

“To sponsor and construct the new headquarters is a vivid reflection of China’s support to the work of ECOWAS, as well as the traditional friendship between China and the West African countries,” said Cui Jianchun, China’s ambassador to Nigeria.

“China will continue to promote the common development of China and Africa, and is ready to make new contributions to building the China-Africa community.”

Cui said the building showed China’s “sincere determination” to support the unity, peace and development of Africa, as well as efforts to promote Africa’s infrastructure development.

The project, which had been agreed to in 2018, is being funded by the Chinese government through the China International Development Cooperation Agency.

The headquarters will house three major institutions of the regional bloc – the Secretariat, the Community Court of Justice, and the ECOWAS Parliament. Buhari said the project would represent the 380 million people of West Africa.

The ECOWAS headquarters follows similar Chinese-funded projects across the continent, where Beijing has also paid for the construction of palaces, sports stadiums and conference centres as part of a long-term diplomatic strategy.

Construction on the headquarters of the Africa Centres for Disease Control and Prevention in the Ethiopian capital Addis Ababa will soon be completed. The entire US$80 million bill is being paid by Beijing. The city is also home to the ultra-modern US$200 million African Union headquarters, which China has called a “gift to the African people”.

A few weeks ago, Zimbabwean lawmakers started meeting in their new US$140 million parliament complex – built by China’s Shanghai Construction Group and paid for by China as a “gift” to Zimbabwe. The imposing circular complex, built on a mountain just outside the capital Harare is intended to form a key part of a new city.

In May, China Jiangsu International Economic and Technical Cooperation Group handed Zambian authorities the keys to an international conference centre, and in Tanzania, China built the Julius Nyerere Leadership Centre. Other major structures across the continent have also been gifts from the Chinese government, either through grants or interest-free loans.

When Beijing first started establishing diplomatic relations with African nations in the 1950s, it offered financial help and interest-free loans, and even sent over medical teams.

Years later, the gestures paid off. In 1971, those nations helped Beijing secure China’s seat on the United Nations Security Council, which until then had been occupied by the government of the Republic of China, which fled to the island of Taiwan in 1949.

“By funding these structures, China is ‘planting the flag’. They are symbols of China’s largesse, and of its status and capabilities,” said John Calabrese, head of the Middle East-Asia Project at American University in Washington.

“They are investments presumably aimed at building goodwill and influence,” Calabrese said.

But despite a long list of such grand projects, Calabrese said he doubted they would lead to ever higher amounts of new lending.

“I could imagine China continuing to assist recipient countries to build schools, clinics, and perhaps low-cost housing, and to address recipients’ indebtedness through debt restructuring,” he said.

Between 2000, when the Forum for China Africa Cooperation (FOCAC) was launched, and 2018, when it held its seventh summit, China built or renovated 186 government buildings in at least 40 African countries.

They included at least 24 presidential or ministerial residences, 26 parliaments, at least 32 military and police installations and academies, and at least 19 ministries of foreign affairs.

“China is playing the long game. Its presence is felt each time an African walks into any of those buildings. China is creating a portrait of itself as an enduring partner that remains present and stands in solidarity with African governments,” Nantulya said in February.

He said the projects came with “software”, citing a case in Zimbabwe where Chinese military educators helped develop the curricula at the Zimbabwe Defence University, which was built by Chinese firms.

Similarly, the Chinese-built Namibia Command and Staff College and Tanzania National Defence University provide venues to deepen exchanges between the People’s Liberation Army and those militaries on the ground. In Tanzania, renovations to the foreign ministry were tied to grants to train and build the capacity of Tanzania’s diplomats.

But the “gifts” have not gone without controversy. In 2018, Beijing was accused of bugging the African Union headquarters. French newspaper Le Monde, citing anonymous AU sources, said that for five years, data had been transferred nightly from computers in the building to Chinese servers, and hidden microphones had also been found. Beijing rejected the accusations as “preposterous” and baseless.

“It would not surprise me if building projects such as the AU headquarters were ‘specially equipped’ with eavesdropping devices. That would guarantee a ‘seat at the table’ for China. But I have no way of corroborating these theories and rumours,” Calabrese said.
Add Comment