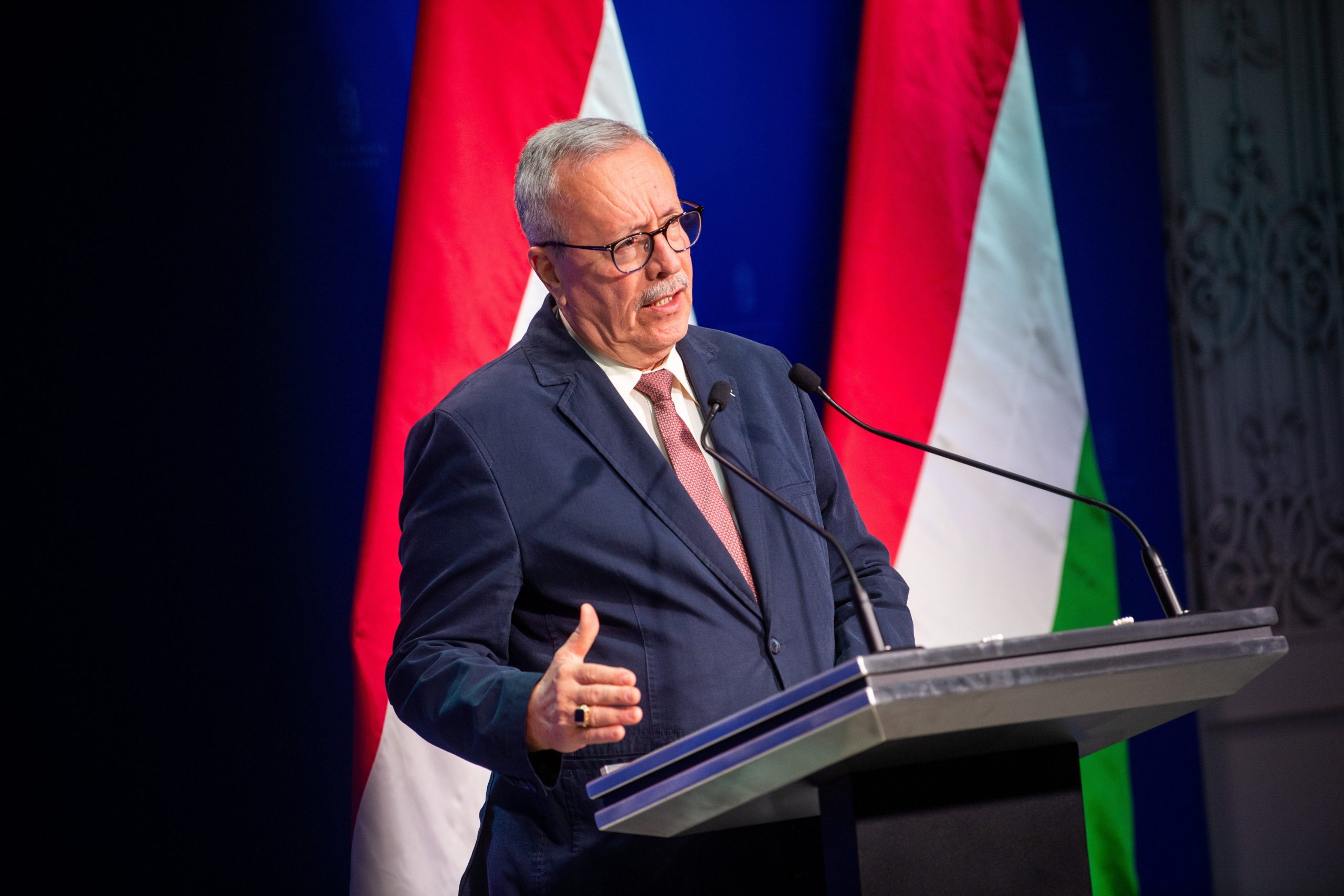 The number of illegal border crossings is on the rise in Hungary and the rest of Europe, with more and more migrant groups stranded on the Western Balkan route attempting to cross into Hungary forcefully, the prime minister’s chief domestic security advisor said on Friday.
A total of 98 tunnels have been discovered on the southern border since 2019, 66 of which had been completed and used by migrants to enter the country, György Bakondi told a press conference. This year alone, the authorities have found 17 tunnels, he added.

Also, migrants have already made five attempts this year to enter the country forcefully in large groups, Bakondi said. The first attempt happened on the night of New Year’s Eve, while two attempts were made in May and one in July, he said. The most recent attempt came this past Wednesday when a group of some 20 migrants on the Serbian side of the border threw bricks aimed at police on the Hungarian side, he added.

The Hungarian authorities have apprehended 57,971 illegal migrants so far this year, compared with 18,500 in the same period in 2020, Bakondi said. Altogether 548 people smugglers have been arrested this year, as against 223 in the first seven months of last year, he added.

Bakondi said these figures made it clear that Hungary’s border authorities were under constant pressure, adding that because the migrants stranded on the Western Balkan route could no longer afford to hire people smugglers, they were making more and more attempts to cross the border in groups.

Citing fresh data from European border agency Frontex, Bakondi said illegal border crossings in the European Union were up by around 60 percent so far this year from 2020, with most of the illegal entries registered in the central Mediterranean region and the Western Balkans. The number of illegal border crossings increased by 33 percent between June and July, he added.

Almost twice as many migrants tried to cross into the EU illegally along the central Mediterranean route in the first seven months of 2021 as in the same period last year, Bakondi said, adding that most migrants were coming from Tunisia, Bangladesh and Algeria. Meanwhile, the Western Balkan route has seen a 67 percent increase in border breaches, he said. The number of attempted border crossings is up by 90 percent from last year, with most of the migrants claiming to be from Syria, Afghanistan and Morocco, he added.

Meanwhile, the number illegal migrants coming from Sub-Saharan Africa is up 130 percent this year, Bakondi said.

Asked how Hungary would respond to a decision by several EU countries to halt deportations to Afghanistan, Bakondi said Hungary would not need to change its policy as there are no Afghan migrants in the country. At the same time, he expressed concern that suspending deportations could encourage more migrants to try to come to Europe.
#Afghanistan
Add Comment