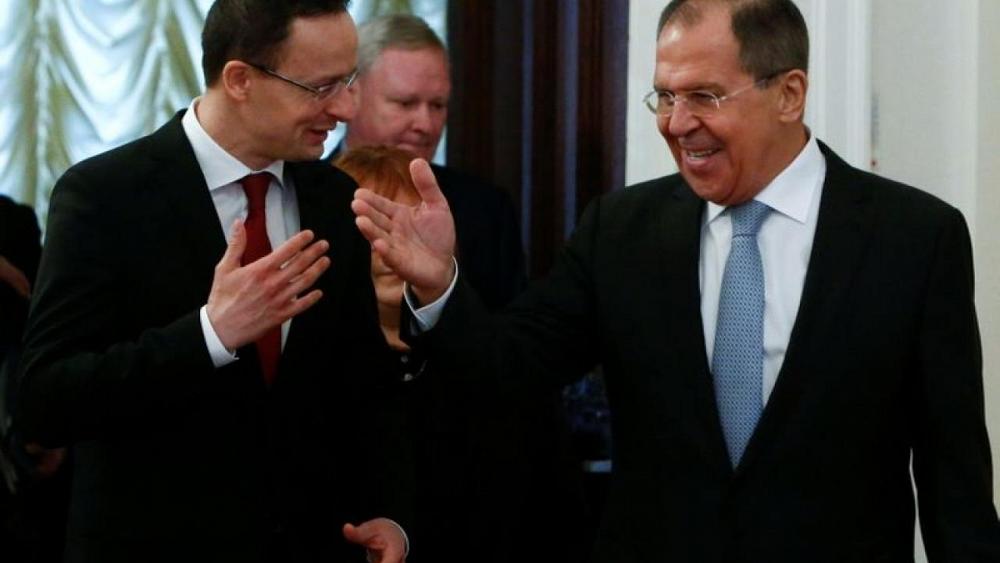 Ukraine and Hungary summoned one another’s ambassadors on Tuesday in a growing row over Budapest’s signing of a new long-term gas deal with Russia, which Kyiv regards as a threat to its national security.

The flows will run mainly via the newly-built Russian undersea gas pipeline TurkStream, not through Ukraine, which says it fears politically-motivated cuts in the transhipments from Russia for which it gets paid.

Ukraine’s Energy Minister was expected to meet his European Union counterpart over the issue while Russia warned Ukraine not to interfere in the deal, which coincides with broader European concern over Russian gas supply policy amid soaring gas prices.

Hungary accused Ukraine of meddling in its internal affairs on Monday after Kyiv criticised it over the signing of a new 15-year natural gas supply deal with Russia’s Gazprom.

Foreign Minister Peter Szijjarto said on Tuesday Ukraine’s ambassador was being summoned over what he described as attempts by Ukraine to block the gas supply deal.

“We regard it a violation of our sovereignty that Ukraine wants to block a secure gas supply for Hungary,” Szijjarto said in a statement.

Ukraine had said on Monday the deal was a “purely political, economically unreasonable decision” and that it would ask the European Commission to assess whether it respected European energy law.

Szijjarto responded on Tuesday that he was “outraged”, while Kremlin spokesman, Dmitry Peskov, dismissed Ukraine’s criticism and said the deal was a purely bilateral arrangement.

Ukraine’s foreign ministry told Reuters on Tuesday it had summoned the Hungarian ambassador in a tit-for-tat move.

“The Ukrainian side will take decisive measures to protect national interests,” it said, without elaborating.

The EU’s executive commission said members were free to enter into bilateral gas agreements but should inform it within three months if they exceed 28% of annual consumption, noting the deal signed by Hungary, an EU member, exceeded that amount.

“Kadri Simson, the Commissioner for Energy, is meeting Ukraine’s Energy Minister German Galushchenko today,” a commission spokesperson said in an email. It did not elaborate on the meeting but said the commission could request to see a contract if there was a concern about security of supply.

The Russian gas giant has been accused by the International Energy Agency (IEA) and some lawmakers in the European Parliament of not doing enough to increase its natural gas supplies to Europe, where gas prices have risen sharply.

Russia has said it is meeting commitments and stands ready to boost supply.

Relations between Hungary and its neighbour Ukraine have been scarred for years by a dispute over the linguistic rights of some 150,000 ethnic Hungarians living in the western Ukrainian region of Transcarpathia.

Kyiv infuriated Budapest in 2017 with a law restricting the use of minority languages including Hungarian in schools.