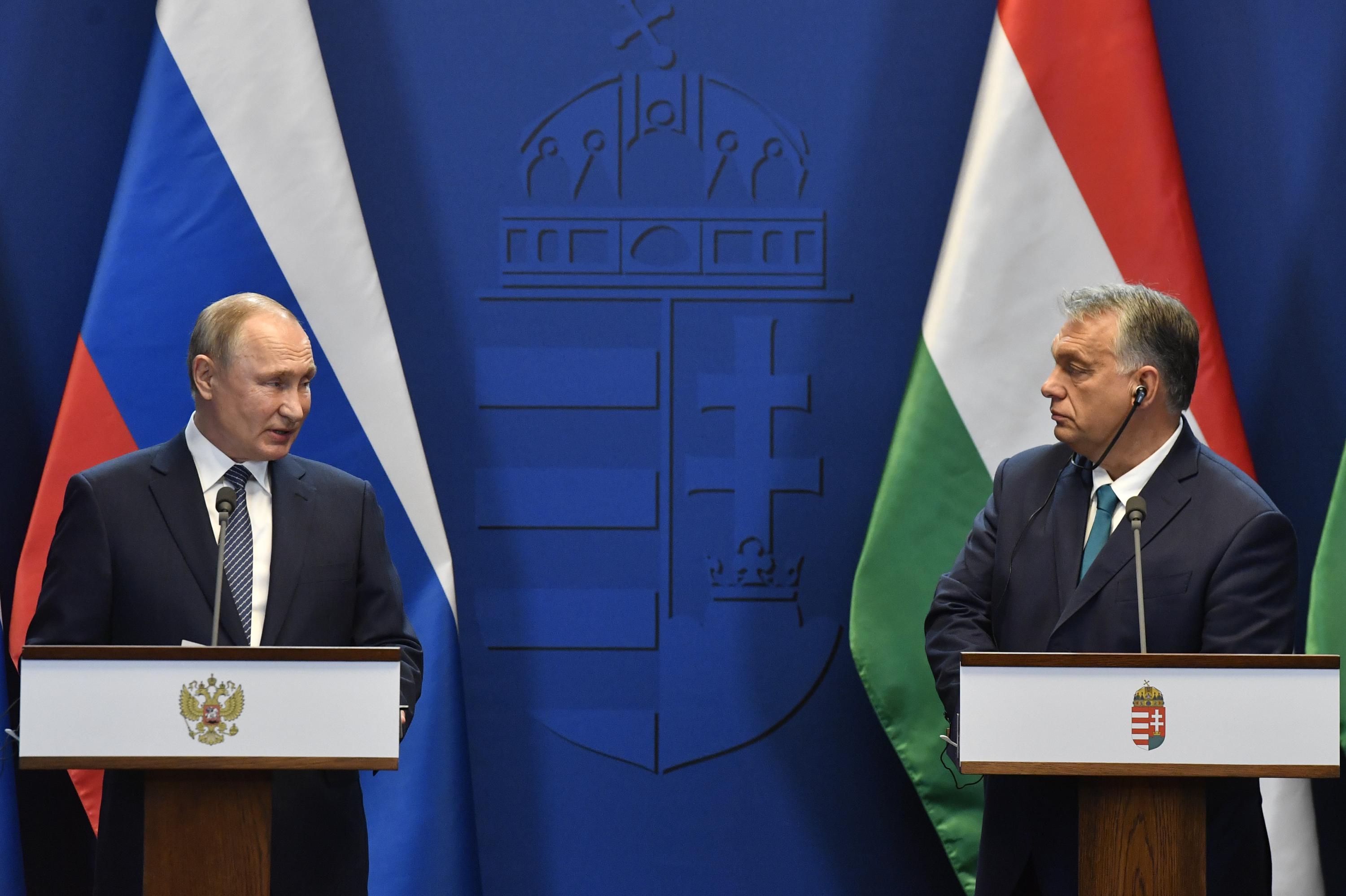 Widely seen as Russian President Vladimir Putin’s closest ally in the European Union, Hungarian Prime Minister Viktor Orban has sought to assert Hungary’s neutrality in the war in Ukraine, even as his allies in the EU and NATO assist the embattled country and punish Russia for launching the largest armed conflict in Europe since World War II.
Orban, who faces a difficult election on April 3, has refused to supply Ukraine with military aid — alone among Ukraine’s EU neighbors — and has not allowed lethal weapons to be shipped to Ukraine across Hungary’s borders.

Arguing that providing such assistance to Ukraine would draw Hungary into the war, Orban — while avoiding ever mentioning Putin by name — has portrayed himself as the defender of his country’s peace and security while insisting that EU sanctions against Russia not be extended to its energy sector, of which Hungary is a major beneficiary.

“The answer to the question of which side Hungary is on is that Hungary is on Hungary’s side,” Orban wrote Saturday on social media.

While his approach has gained traction among many of his supporters, Orban’s reluctance to act unambiguously in support of Ukraine and his insistence on maintaining his Russian economic interests has led to frustration and outrage among other European leaders — not least the Ukrainian president himself.

In a video address Friday to a summit of EU leaders, Ukrainian President Volodymyr Zelenskyy made a frank, direct appeal to Orban to take a clearer stance on Russia’s war on Ukraine and support his besieged country.

“I want to stop here and be honest, once and for all. You have to decide for yourself who you are with,” Zelenskyy said.

Zelenskyy recalled that Hungary’s capital of Budapest had experienced the horrors of war in the 20th century, and referred to a memorial of bronze shoes on the Danube river that pays tribute to the Hungarian Jews executed by German and Hungarian fascists in World War II.

“Listen, Viktor, do you know what’s going on in Mariupol?” Zelenskyy said, referring to the Ukrainian city on the Sea of Azov that has undergone devastating Russian bombardment. “Please, if you can, go to your waterfront. Look at those shoes. And you will see how mass killings can happen again in today’s world. That’s what Russia is doing today.”

While Orban has voted in favor of most EU sanctions against Russia, Zelenskyy slammed him for opposing sanctions on Russian energy imports — considered one of the EU’s most effective potential means for putting pressure on the Kremlin — and for being Ukraine’s only EU neighbor to refuse to supply it with military aid.

Yet Orban rejected Zelenskyy’s emotional appeal, saying Friday in a video posted to social media that the Ukrainian president’s requests were “against Hungary’s interests.” He claimed that sanctions on Russian energy “would mean that the Hungarian economy would slow down and then stop within moments.”

Blocking Russian energy exports would force Hungarians to “pay the price of the war,” Orban said, noting that 85% of Hungary’s gas and more than 60% of its oil comes from Russia.

As the Hungarian election approachs and Orban seeks to protect his country’s long-term gas and nuclear contracts with Russia, his posture has threatened his relationships with his closest regional allies in the Visegrad Four alliance of central European countries — Poland, Czech Republic, Slovakia and Hungary.

Poland, like Hungary, has long been the target of EU efforts to crack down on democratic backsliding and rule of law violations, and is a steadfast ally in Orban’s efforts to reduce the power of EU institutions over member states.

Yet centuries of domination by Russia has given Poles a deep distrust of Moscow. The Polish government in Warsaw has been outspoken in condemning Putin and supporting Ukraine.

Orban’s refusal to act in kind has created fault lines in the two countries’ relationship.

“If you asked me if I was happy, I would say no,” Kaczynski said. “We will see what will happen after the elections and then this assessment can be finally formulated. But we are not happy.”