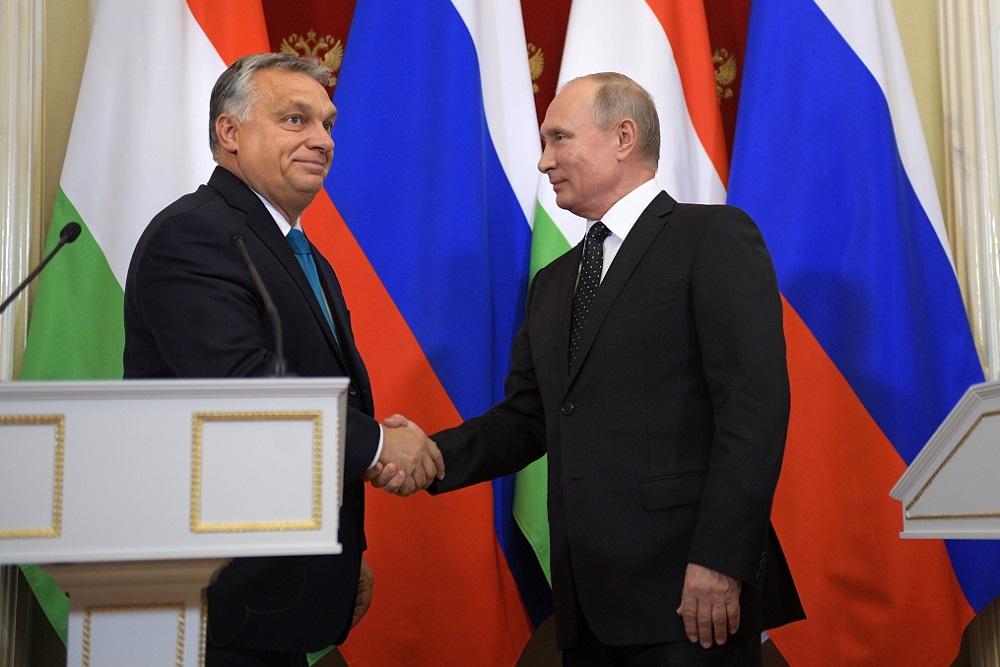 And set an example for other right-wing leaders

Viktor Orban’s Fidesz party is aiming for its fourth consecutive victory in Hungary’s national election on April 3. Former U.S. President Donald Trump has enthusiastically endorsed Orban, returning the favor after Orban endorsed Trump in 2020. A January meeting in Spain brought many of Europe’s far-right forces together to discuss a Europe-wide alliance, assuming Orban would remain in power. Orban has long been proof of concept that an autocrat could masquerade as a democrat and continue to win elections. He had help. In early February, when Orban made a pilgrimage to Moscow, Russian President Vladimir Putin gave Orban a great election gift of low gas prices as far as the eye could see.

And then Russia invaded Ukraine.

The Ukrainian war seemed at first to wrong-foot many aspirational autocrats because Putin has long been their benefactor. Overnight, Putin became such a pariah that even those who admired his strongman image and sought to imitate his legal destruction of democracy hesitated to defend him. Surely, those who cast their lot with Putin are now in electoral trouble, aren’t they?

Well, no. Orban’s campaign shows how to sidle up to Putin and still run ahead in the polls. Once again, he’s the model for autocratic strongmen the world over who aspire to destroy democracy while acting in its name.

"Orban has used his special “in” with Putin to play the war down the middle.

Since the war began, the Hungarian media, monopolized by Orban’s cronies, are blasting out Russian propaganda. So Hungarians are learning that the Ukrainian war was caused by NATO’s aggressive acts toward Russia, that the Ukrainian government is full of Nazis, that Russian speakers in Eastern Ukraine were threatened with genocide, and that Russian troops have occupied Ukraine’s nuclear plants in order to protect them. Russian activity in Ukraine simply doesn’t look so malign from Hungary.

Against this backdrop, Orban has turned his close connection with Putin into an electoral advantage. He has retroactively recast his February visit to Moscow as a peace mission, showing the benefits of being the only EU leader who has maintained good relations with Putin all these years. Arguing that Hungary should capitalize on this advantage to remain neutral, Orban has scored political points in his re-election campaign by saying that Hungary should keep its distance from the Ukraine war.

Orban’s opponent in the election, Péter Márki-Zay, scored an own goal by first advocating that Hungary should send soldiers directly into Ukraine before revising to say that Hungary should just cooperate with NATO. Orban, making himself out to be the “peace” candidate, has refused the transit of weapons to Ukraine through Hungarian territory and only belatedly agreed that NATO troops could be stationed in Hungary while firmly excluding any participation of Hungarian soldiers in Ukraine’s war. While Orban reluctantly agreed this time on European sanctions against Russia when he saw that EU passions in the matter would make it impossible to refuse, Orban has long opposed Russian sanctions by arguing that they backfire on EU member states. Orban has already indicated that he will veto any sanctions that touch Russia’s energy sector and would therefore affect Putin’s recent promise of low-cost gas.

In short, Orban has used his special “in” with Putin to play the war down the middle: support for the West when strictly necessary; otherwise leaving the door open for Putin.

Orban has even found a way to weaponize the refugees to assist his election campaign. While Orban appeared to participate in the giant European groundswell of support by welcoming Ukrainian refugees to Hungary, the Hungarian state initially contributed little to the effort—neither money nor people. After several weeks, the Hungarian government agreed to give money to Hungarian companies that employ the refugees.

The giant aid operation at the border that Western cameras have broadcast has been led by civic organizations, local mayors, and churches, which have been finding shelter and food for Ukrainians who have been displaced. Just two weeks before a critical national election in which a massive opposition get-out-the-vote campaign should be under way if Orban’s entrenched forces are to be defeated, much of the political opposition is out at the border, helping refugees.

As a master of election manipulation, Orban can even turn many of these refugees into voters. The area of Ukraine closest to the Hungarian border and from which most of the early refugees came is pre–World War I Hungarian territory still inhabited by ethnic Hungarians. A Ukrainian Hungarian who has never lived within the current borders of Hungary even represents Hungary now in the European Parliament. Many other Ukrainians from this region received Hungarian citizenship in the last eight years as part of Orban’s campaign to generate friendly voters in Hungary’s near abroad. With these new Hungarian citizens arriving as refugees just weeks before the election, Orban can plant them in precisely the districts where his party needs extra votes.

Orban has also used the Ukrainian war to get back into the EU’s good graces. While Orban aggressively opposed refugee resettlement in Europe during the 2015 migrant wave from Syria, much to the EU’s consternation, he has been quite eager this time to do his bit for Europe by taking in Ukrainians. And the EU has shown its appreciation. Two months ahead of the election, the European Commission seemed willing to lower the boom on Hungary by triggering a new legal regulation to cut funds to rogue states. But now, given that Hungary and Poland, the other EU miscreant, are welcoming so many refugees, freezing the flow of EU funds for both violating the rule of law and threatening constitutional democracy will be postponed. Orban has taken advantage of this new attitude by asking for even more money from the EU, including a new bill to cover the refugees.

Orban has therefore turned his friendship with Putin from political liability to political advantage. Neck and neck in the polls before the Ukrainian war broke out, Orban has now opened up a lead beyond the margin of error.

What can other right-wing strongmen learn from Orban’s miraculous escape from Putin’s present toxicity? They, too, can leverage their support for Putin into a moderate position on the war.

For example, after initially praising Putin for being so clever by stationing troops all around Ukraine to improve his bargaining position, Trump has now said he thought that Putin was just bluffing. But rather than experiencing blowback from having so fundamentally misjudged Putin, Trump, like Orban, seems to be escaping from the full consequences of his association with the Russian leader. Nikki Haley has recently argued that under Trump, “Putin knew not to mess with the United States,” and nearly two-thirds of Americans in a recent poll agreed that Russia would not have invaded Ukraine if Trump were still president. Several weeks into the war, nearly 68 percent of Trump supporters said that the war was due to the “fecklessness of Joe Biden” and 66 percent said that Putin is the stronger leader. The American QAnon crowd has picked up the Russian story that the United States has bioweapons labs around the world, including in Ukraine, and the war, they believe, was necessary to take out those biolabs. If the U.S. caused the war, they believe, why should Putin take the hit?

This strategy—taking a seemingly moderate position on the war, promoting Russia’s versions of events, and promoting one’s strongman leader as a peacemaker—is catching on beyond Hungary and the United States among such members of the Illiberal International Club of Aspiring Autocrats as Brazilian President Jair Bolsonaro, India’s Prime Minister Narendra Modi, and Venezuelan President Nicolas Maduro.

Viktor Orban’s campaign for the Hungarian election on April 3 is showing aspiring autocrats how to find a middle ground by advocating the apparently liberal values of listening to both sides, not taking extreme positions, and advocating for peace. But of course, when an illiberal chorus rises up in defense of liberal values, one might suspect that they are not entirely sincere. We’ll soon see how well this facade works for them.