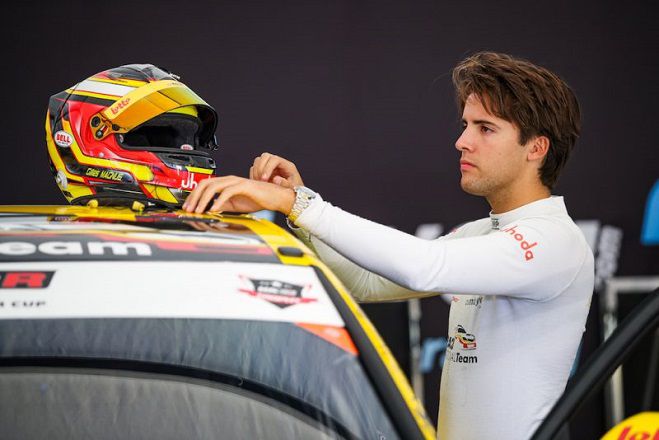 How fortunes changed for the WTCR heroes of Hungary

While Urrutia could do no better than P15 in his Goodyear-equipped Cyan Performance Lynk & Co 03 TCR, Magnus was listed as a non-qualifier after his Comtoyou Team Audi Sport-entered RS 3 LMS developed a technical fault. However, the Belgian has been given permission to start both races from the back of the grid.

“Qualifying was a big disappointment,” said Magnus. “The pace was okay, okay enough to be in the top 10 and to be good in this series that always has to be the goal. It would have been possible but we had an electronical issue so it was game over. I don’t want to be negative and I’m not saying [the title] is over because you should never give up. But we complicated our lives for sure and that’s how it is. Now we need to be concentrated on the races on Sunday and try to take some points. Starting from the back of the grid could be fun as well so let’s focus on the positive side.”

Uruguayan Urrutia added: “It was a really bad qualifying for me, I think my worst one in WTCR. I didn’t really know what happened, we had the speed in practice, we did a few changes on the car for qualifying but we’re P15 and it’s really bad. But this is racing, you are going to have good days and bad days but now need to focus on the races and see if we can maximise the bad luck from qualifying and bring some points from the races.”

Rob Huff missed out on a Qualifying Q2 shot at WTCR Race of Czech Republic yesterday by 0.010s following a late charge from Gabriele Tarquini as 0.7 seconds covered the top 18 in Q1.

Huff, the hero of WTCR Race of Hungary Qualifying, explained what went wrong at Autodrom Most.

“We definitely had the speed in the car and I felt very comfortable in the car,” said the CUPRA-powered Zengő Motorsport driver. “Everything was looking good but, unfortunately, on the two laps I had to get through I got baulked a bit by other drivers who were on their warm-up laps and this just cost us a few tenths so we missed out by a few 1000ths.”

The 2012 FIA World Touring Car champion continued: “It’s a bit frustrating and P13 is obviously the worst place to be because you’re the first car to miss out on Q2. After Budapest qualifying we had a lot of confidence, it’s frustrating but we’ll have to fight forward and see what the racing brings.”