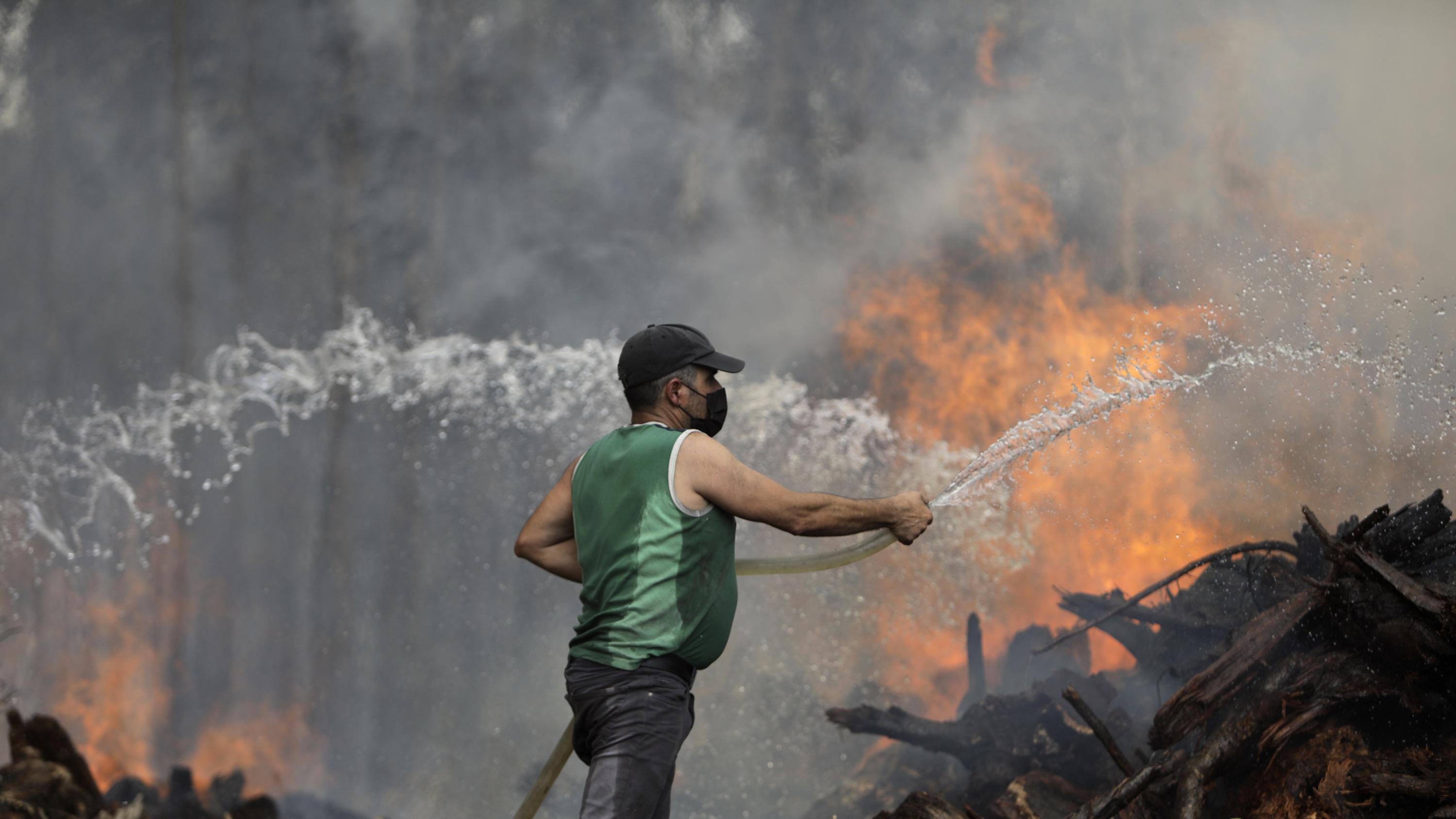 Spain’s second heat wave in less than a month and the year’s first for neighboring Portugal is expected to last at least until the weekend, weather forecasters said Tuesday. With temperatures in both countries already elevated, the outlook magnified wildfire worries.
Portugal could get the highest temperatures. The central Alentejo region is expected to reach 46 C (115 F) on Wednesday and Thursday.

Meteorologists said an overheated mass of air and warm African winds are driving temperatures in the Iberian Peninsula beyond their usual highs.

Portugal and Spain started the week battling a number of wildfires in both countries, and authorities said the sweltering conditions could worsen the danger.

Civil protection services in Spain helped evacuate 400 people from seven different villages near Las Hurdes, in the central-western Extremadura region, owing to a wildfire that scorched about 2,500 hectares (6,200 acres).

Regional agriculture chief Begoña García Bernal said the fire that started Monday wasn’t expected to be brought under control soon. She said it appeared to have been started by lightning.

The Spanish army’s emergency unit deployed 100 soldiers to help around 300 firefighters and other response teams battle the fire.

Hundreds of firefighters in Portugal tried to tame blazes in the center of the country that forced the evacuation of dozens of people from their homes, mostly in villages around Santarem and Pombal.

On Saturday, Portugal’s government declared a state of heightened alert that was set to run from Monday through Friday.

The European Union has said climate change has the continent facing one of its hardest years for natural disasters such as droughts and wildfires.

Spain experienced a heat wave in mid-June that lasted a week and was said to be the earliest recorded in almost 40 years.
#ANT
Add Comment