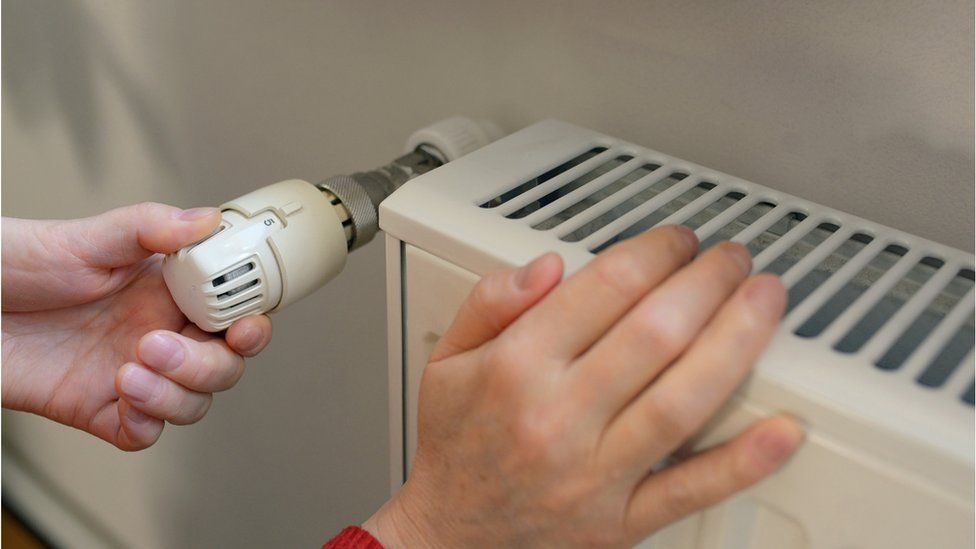 Germany and Austria have triggered emergency plans over possible gas supply disruption amid a payments stand-off with Russia.

Russia had demanded "unfriendly" countries pay for its gas in roubles from 31 March, but the EU, which mainly pays in euros, rejected the idea.

Moscow later appeared to soften its stance, saying on Wednesday rouble payments would be introduced gradually.

Germany urged consumers and companies to reduce consumption in anticipation of possible shortages, while Austria said it was tightening its monitoring of the gas market.

Germany gets about half its gas and a third of its oil from Russia and has warned that it could face a recession if supplies suddenly stopped.

Neighbouring Austria relies on Russia much more for gas, with the country getting about 80% from the country and Austrian Chancellor Karl Nehammer's office said measures such as gas rationing would only come into play in an "immediate crisis".

Under an existing gas emergency plan, the "early warning phase", which both Germany and Austria have begun, is the first of three steps designed to prepare the country for a potential supply shortage. In its final stage, the governments would bring in gas rationing.

German economy minister Robert Habeck said the country's gas supplies were safeguarded for the time being, but said it was increasing precautionary measures in case of escalation by Russia.

The head of German network regulator Bundesnetzagentur, Klaus Müller, said the aim of the early warning was to avoid a deterioration of supply. He urged consumers and industry to prepare for "all scenarios".

"Payments and delivery is a time consuming process... from a technological point of view, this is a more prolonged process," he said.

The West has been imposing sanctions on Russia in response to its invasion of Ukraine.

In response, Russian President Vladimir Putin has demanded that natural gas exported to Europe should be paid for in roubles.

Analysts say the move will support the country's currency, which fell sharply after the invasion but has begun to recover.

Europe, which in total imports about 40% of its gas from Russia and pays mostly in euros, says Russia's state-controlled gas giant Gazprom cannot redraw contracts.

But Vyacheslav Volodin, the speaker of the lower house of the Russian parliament, said on Wednesday: "European politicians need to stop the talk, stop trying to find some justification about why they cannot pay in roubles.

"If you want gas, find roubles."

The Kremlin also said Russia could start demanding payment in roubles for other commodities such as fertiliser, grain, metals and timber.

What are other European countries doing?


*  Bulgaria gets 90% of its gas via imports from Russian company Gazprom. Its natural gas grid operator has opened a tender for underground drilling as part of plans to almost double the country's gas storage capacity and prepare for any supply disruptions


*  Greece receives about 40% of its gas via a pipeline that bypasses Ukraine. Its government will meet to assess supply security if Russia switches the tap off


*  Italy gets around 40% of its gas supply from Russia and is monitoring the situation. It will wait to see if Gazprom sends contract amendments to operators before it takes any further decisions


*  The Netherlands gets between 15%-20% of its gas from Russia. The Dutch government said it will ask people to use less gas but it is not yet activating its gas crisis plan 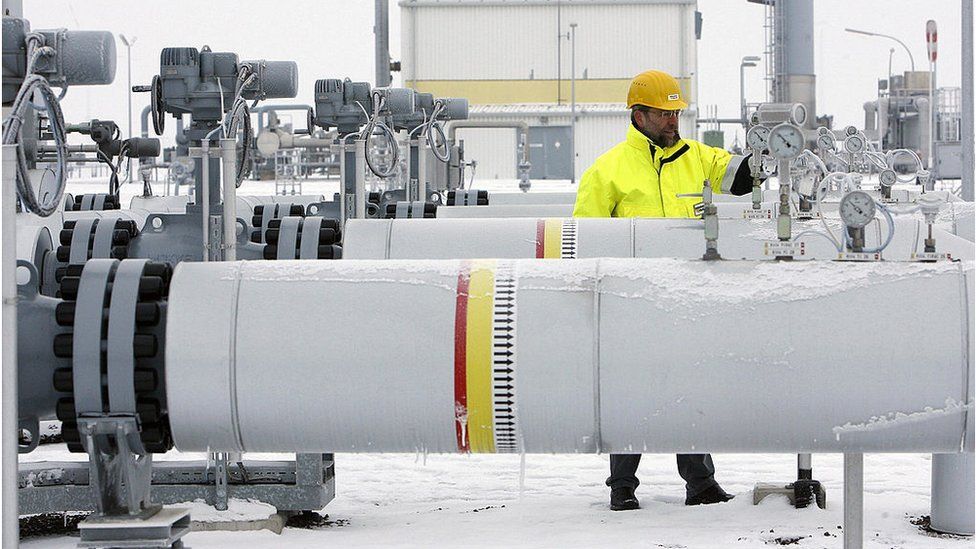 German business leaders have welcomed Berlin's announcement of an "early warning" of a gas emergency. That's because German industry would be the first hit by gas rationing if Russia turned off the taps.

If Germany was forced to ration gas, households and emergency services, such as hospitals, would get priority. This would hit manufacturers that rely on gas for production particularly hard, pushing up prices and possibly leading to job losses.

This early warning stage aims to help businesses plan for any future shortfalls: a crisis group of representatives from the government will meet daily. German Economy Minister Robert Habeck also hopes for support from the public and has called for people to save energy where possible. "Every kilowatt helps," he said.

So far there are no gas shortages and Germany had large reserves. But over the past year Russia has failed to keep German gas reserve tanks fully stocked - some believe this indicates a long-standing plan by the Kremlin to use gas as a weapon against Europe.

S&P Global energy analyst Laurent Ruseckas said Russia and the EU were involved in "a game of chicken" over who would back down first.

"Putin started it last Wednesday, with his first comment about requiring the change to payment in roubles, and now the EU has responded at a political level, saying: 'Well, no, we won't,'" he told the BBC World Service. "Something has got to give here."

He said the most likely next step was for the EU and Gazprom to seek a compromise by redrawing contracts, as both sides have an interest in resolving the stand-off.

Russia currently gets €400m (£340m) per day from gas sales to the EU and it has no way of rerouting this supply to other markets.

However, Mr Ruseckas said there was a small chance "the brinksmanship leads very quickly towards a cut-off". This would force Germany to run more coal plants, import as much liquified natural gas as possible, and in the longer term build more renewable energy production.