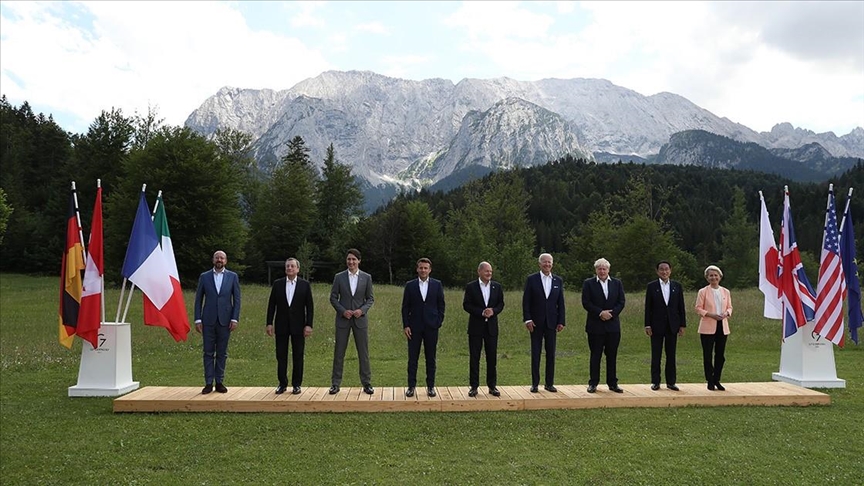 G7 promises Ukraine military, financial support for 'as long as it takes'

Leaders of the Group of Seven (G7) on Monday reaffirmed their commitment to Ukraine, vowing to continue “financial, humanitarian, military and diplomatic support … for as long as it takes.”

After discussions with Ukrainian President Volodymyr Zelenskyy via video link, the leaders announced their intent to hit Moscow with more sanctions and take other measures such as higher tariffs and a price cap on Russian oil.

“We reiterate our demand that Russia put an end to this war of choice, and immediately, unconditionally cease all hostilities and withdraw its troops and military equipment from the entire territory of Ukraine within its internationally recognized borders,” read a joint statement issued on the second day of the ongoing G7 summit in Germany.

This is the first in-person gathering of the world’s seven leading economies since Russia’s war on Ukraine began on Feb. 24, and a key point on the agenda was the war-driven food and energy crises.

The leaders pledged to “help Ukraine defend itself,” saying they will expand collaboration in intelligence, information sharing, maritime security and other areas.

According to reports, US President Joe Biden is also expected to announce the purchase of an advanced surface-to-air missile defense system for Kyiv.

“We will continue supporting Ukraine in defending its networks against cyber incidents and expand our cooperation in the fields of energy security, the safety and security of nuclear material and facilities, environmental, and water use issues,” the statement said.

A separate White House statement said the US will hike tariffs on more than 570 groups of Russian products worth approximately $2.3 billion.

On the global food crisis sparked by the war, the G7 pressed Russia “to cease, without condition, its attacks on agricultural and transport infrastructure and enable free passage of agricultural shipping from Ukrainian ports in the Black Sea.”

The G7 has provided and pledged “more than $2.8 billion in humanitarian assistance so far in 2022,” according to the statement.

The leaders said they will “continue to provide substantial and ongoing humanitarian support to those affected by Russia’s war.”

On reconstruction efforts in war-hit Ukraine, they hailed the “(G7) Presidency’s initiative to convene with Ukraine an international high-level experts conference, to make progress on a comprehensive reconstruction plan.”

“We stand ready to support an international reconstruction plan, drawn up and implemented by Ukraine in close coordination with bilateral and multilateral partners,” the statement said.

The leaders emphasized that the world’s leading economic powers will “impose severe costs on Russia and those who are complicit in its aggression.”

However, they will also prioritize efforts to “assist the global economy and take action to help mitigate spillover effects, especially relating to humanitarian and other basic needs, and vulnerable populations,” the statement added.​​​​​​​

Addressing the G7 summit, Zelenskyy suggested concrete steps that could be "beneficial for Ukraine and Europe."

They include effective security guarantees for Ukraine, modern missile defense systems, resumption of agricultural exports from Ukraine, recognition of Russia as a sponsor of terrorism, and post-war reconstruction of Ukraine.

BYmot 45 days ago
There they are....perfectly in line to be hanged. Fuckin' clowns!
View all comments (1)Add comment