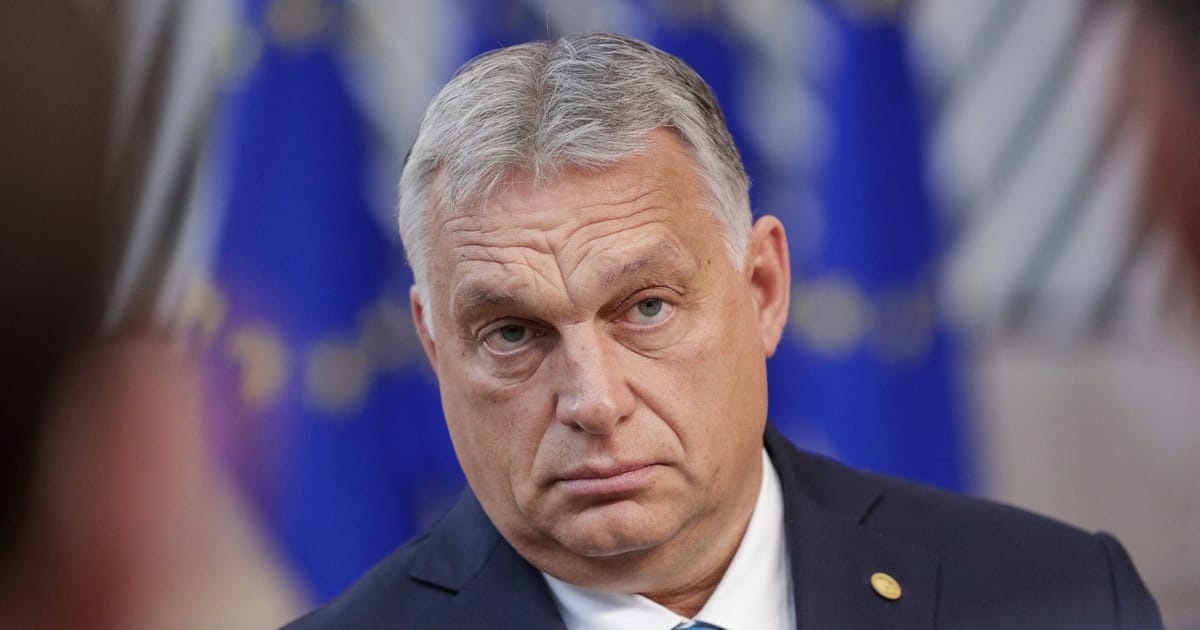 Viktor Orbán’s allies tried to buy his papers, he said. They pulled advertising, he added. His phone was on a Pegasus spyware hit list, according to leaked data.

But now, Zoltán Varga, one of Hungary’s last independent media barons, is facing a far graver threat: years in prison. Hungary’s tax authorities recently designated Varga, a wealthy businessman with a large media portfolio, as a suspect in a criminal case.

The move represents a major escalation in a pressure campaign targeting Varga, long in the crosshairs of Orbán, Hungary’s prime minister, and his ruling Fidesz party. Varga claims the probe is baseless.

“I’m completely innocent,” the businessman told POLITICO in an interview, arguing that the Hungarian government’s targeting of independent figures has reached a “new level.”

Over the past decade, Orbán’s government has transformed the country’s media market, taking control of state media and concentrating ownership of hundreds of outlets in the hands of government-friendly entities.

Varga argued this latest investigation is simply part of that long-running campaign to silence dwindling free voices. Essentially, he said, it’s not about him: “It’s 20 percent for me, but 80 percent it’s a message to every member of the Hungarian elite.”

“If you’re not with us, and if you open your mouth, then this and that retaliation will follow.”

Running independent media outlets in Hungary is far from easy.

Advocacy group Reporters Without Borders has ranked Hungary No. 85 in the world — below countries such as Serbia, Kyrgyzstan and Haiti.

The organization dubbed Orbán a “press freedom predator,” pointing out in its annual World Press Freedom Index that the Fidesz party “has seized de facto control of 80 percent of the country’s media.” 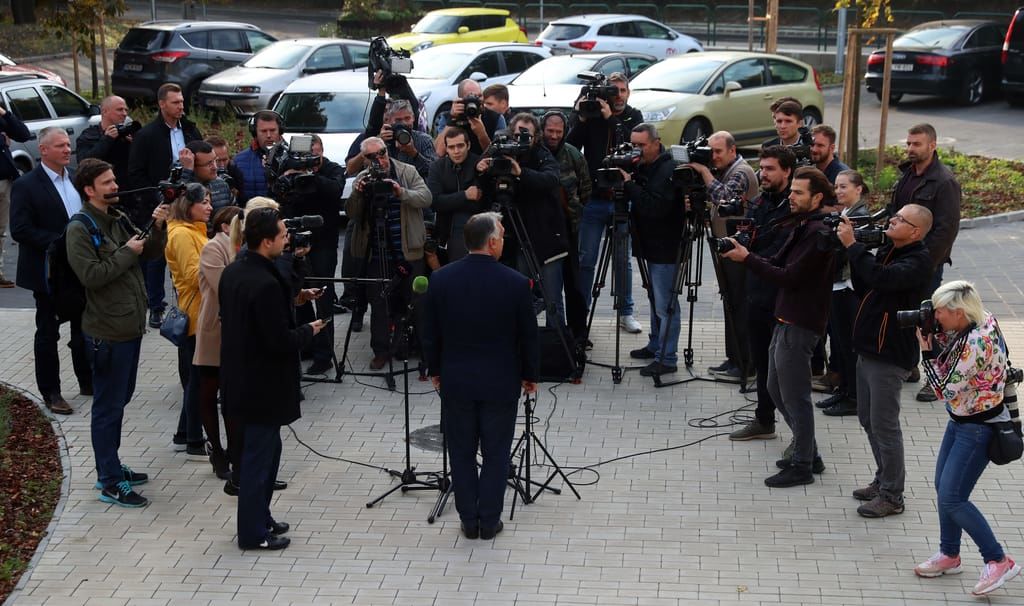 But the country still has a number of outlets not controlled by the government. There is the foreign-owned RTL television channel, as well as a handful of popular online outlets, some of which rely heavily on crowdfunding.

While operating in Hungary is tough, Varga’s Central Médiacsoport (Central Media Group) has managed to keep running a host of publications.

Among them is 24.hu, a news site that focuses on politics and is widely read in Budapest.

Central Media is also known for its many print products, which range from the popular women’s magazine Nők Lapja to the Hungarian editions of Marie Claire and National Geographic.

Overall, the company’s publications reach more than 80 percent of Hungarian adults who use the internet.

But despite its reach, state-funded ads can’t be found in Central Media publications.

Varga said the lack of state advertising is a direct outcome of his decision not to bend to government pressure.

The businessman described calls and messages from government-affiliated individuals who wanted to influence 24.hu’s news content.

“They reached out to us, [saying] that ‘These are not good articles, these have to be taken down,’” Varga recalled. “And then we responded, ‘We can’t take these down.’”

The pressure, according to Varga, extends even to lifestyle publications, and in particular Nők Lapja — which has wide reach among women outside big cities.

“If anything is very important for the government, it’s the countryside population,” he said, noting that there have recently been requests for Fidesz politicians to be put on the cover of the popular women’s publication.

“This we have thus far always rejected,” he said, “and we will reject because the paper is edited by the editors.”

Hungary’s National Tax and Customs Administration is now probing Varga — following a complaint from a Fidesz party parliamentarian who claimed the businessman caused harm to the EU budget by selling a company partly created with European funds at a price below market.

“This is a political tool,” said Varga, pointing out that more than 200 government-linked media outlets have run articles attacking him.

Hungary’s tax authority, which questioned Varga as part of its investigation last month, declined to comment on questions about the case and the businessman’s concerns.

“The National Tax and Customs Administration does not publish information on the matter in question,” it said in a statement.

A spokesperson for the Hungarian government also did not respond to a request for comment.

The media owner, who maintains that the accusations against him are false and based on illegally obtained data, argued that the legal case represents a new form of intimidation in Hungary.

“The big difference with the issues of the past,” he said, “is that what they suspect me of comes with a two-to-12-year jail sentence.”

Media freedom advocates have also sounded the alarm over the investigation.

“We are watching this case very, very closely,” said Pavol Szalai, head of the EU and Balkans desk at Reporters Without Borders.

While declining to comment on the accusations against Varga, Szalai said there are four reasons why his organization is particularly concerned.

Hungary’s government continues with “the objective to take control over independent media,” he said.

The group has also seen the “state apparatus being abused by the ruling party to censor media,” he added, while the judicial system “is not sufficiently independent in Hungary.” And finally, according to Szalai, he is worried because Varga was targeted by the Pegasus spyware and the issue was not sufficiently investigated or justified.

It is “quite exceptional in the EU” for a media owner to be ensnared in a criminal procedure, he said. “We are worried.”

Varga said his case points to Hungary moving in a more authoritarian direction.

Budapest, he said, appears to be pursuing “the Turkish and Russian route.”