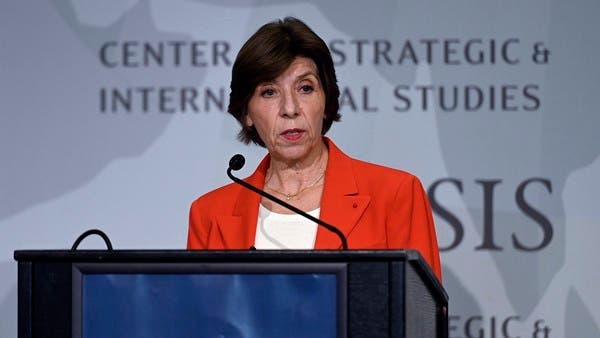 France’s foreign minister said Friday it was vital to keep lines of communication open with Russia, warning that President Vladimir Putin is trapped in a “strange vision” of the world.
President Emmanuel Macron has spoken to Putin since the February 24 invasion of Ukraine, drawing some criticism from Russia’s historic foes in eastern Europe, although the United States has also maintained lower-level contact including through talks between defense chiefs on Friday.

“We absolutely think it is crucial to keep a channel of communication with those making the decisions in Russia, including President Putin,” French Foreign Minister Catherine Colonna said on a visit to Washington.

“Putin is probably isolated in his very strange vision of the world and the way it could be run.

Reinforcing this isolation of his would not be a good option,” she said at the Center for Strategic and International Studies.

“We need him to hear when we mention our analysis and our assessment of the mistakes he made and what he could do to move on in a different direction,” she said.

Macron held marathon talks with Putin as part of a failed Western effort to dissuade him from invading the neighboring country.

While US President Joe Biden has shunned contact with his Russian counterpart, Macron has spoken to Putin in recent months and succeeded in allowing a mission by the UN nuclear watchdog to travel to the Russian-occupied Zaporizhzhia nuclear power plant in Ukraine.

Colonna said she still hoped that the effort would lead to a demilitarized zone around the plant, the largest in Europe.

“This is too dangerous for the world to use as a zone of military confrontation,” she said.
#Joe Biden
Add Comment