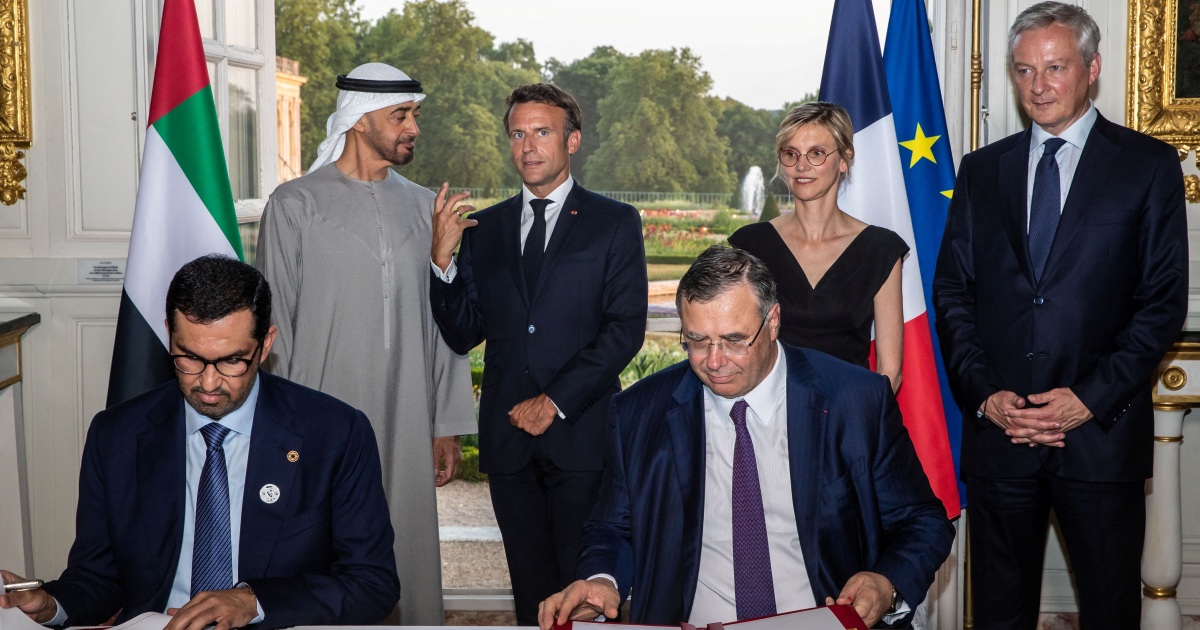 The UAE has emerged as a key partner for Western countries as they scramble for energy deals worldwide to replace imports from sanctions-hit Russia.

Sheikh Mohamed, also known as MBZ, was on his first overseas state visit since taking office in May following the death of his half-brother Sheikh Khalifa.

After lunch between the two heads of state on Monday, a deal between French energy giant TotalEnergies and UAE state oil company ADNOC was signed “for cooperation in the area of energy supplies”.

Macron’s aides had said before the meeting that France was eager to secure diesel from the strategic Middle Eastern nation.

“The UAE is keen to support energy security in the world in general and in France in particular,” Sheikh Mohamed told Macron, according to Emirati state news agency WAM. 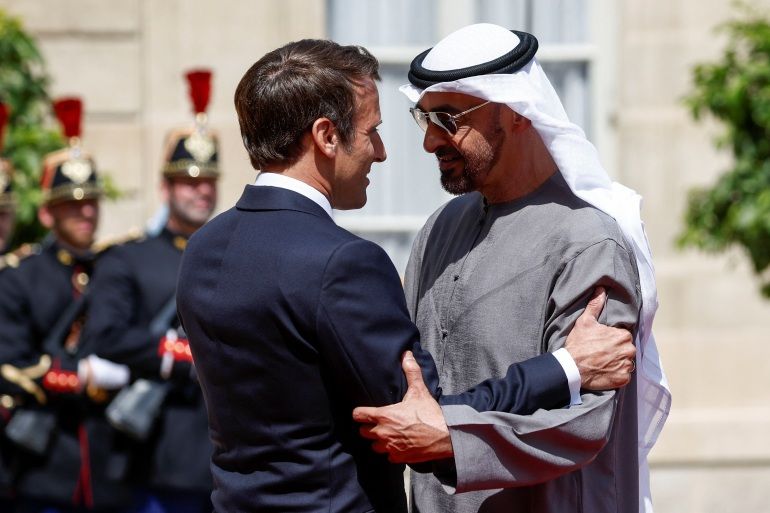 Macron welcomes Sheikh Mohamed at the Elysee Palace in Paris

Before the trip, his diplomatic adviser Anwar Gargash had stressed how the UAE was looking to reorient its supplies towards Europe.

“We have sold our oil to the far east for 40 years and now we are directing it toward Europe in this time of crisis,” he told reporters.

The UAE president’s visit to France came after US President Joe Biden’s first Middle East tour as president, which included a visit to Saudi Arabia for energy talks.

Macron and Biden were overheard talking about energy supplies from the Middle East at a G7 summit at the end of June in Germany.

Macron told Biden that he had spoken to Sheikh Mohamed who had said he was at his “maximum” in terms of oil production, but that the Saudis had some spare capacity. 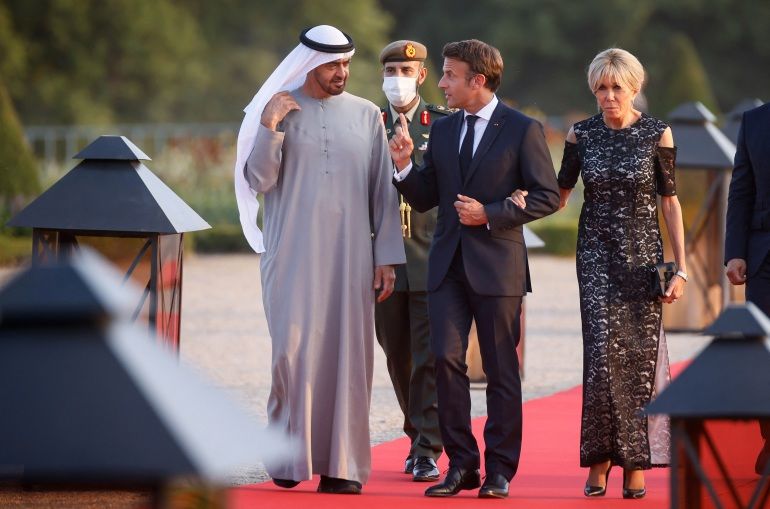 Macron, Sheikh Mohamed and French first lady Brigitte Macron arrive at a state dinner, at the Grand Trianon in Versailles

But the welcome in Paris “should not include giving the crown prince a pass on the UAE’s atrocious human rights record”, it said in a statement on its website.

The New York-based group pointed to the repression of political opposition, discrimination against the LGBTQ community, and the abuse of domestic workers.