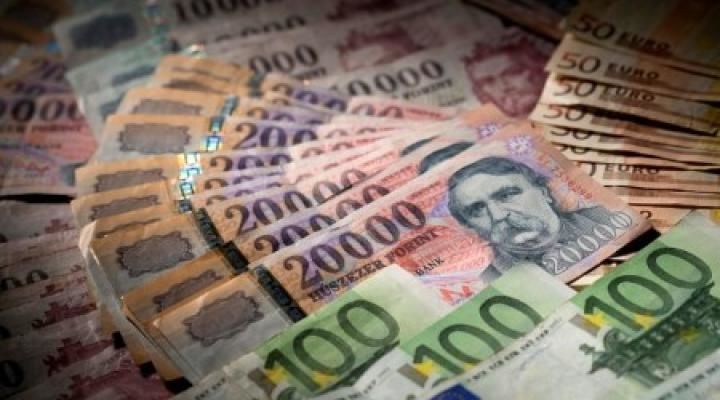 The Hungarian forint and the Polish zloty strengthened on Wednesday, extending their gains from the previous session supported by expectations for further rate hikes as central banks face high inflation.
The Hungarian forint was 0.22% higher and trading at 364.45, adding to its gains from the previous session when it jumped after the central bank unexpectedly raised interest rates for the fourth time in just two weeks.

"It seems like the market finally trusts that the central bank is ready to act," an FX trader in Budapest said.

Hungarian long-term government bond yields were higher on Wednesday, turning back a drop seen in the previous session.

The yield on the 10-year bond was 4.47%, about 12 basis points higher than after the central bank announcement on Tuesday.

The Polish zloty firmed 0.29% to 4.6500 versus the common currency, extending gains from the previous session.

The zloty was gaining as higher-than-expected inflation data published on Tuesday was fuelling hopes for more monetary policy tightening, a trader in Warsaw said.

Poland's central bank governor, Adam Glapinski said on Wednesday that there is room to hike interest rates, but it is not unlimited.

The Czech crown was 0.26% lower, trading at 25.565 to the euro. The currency was affected by continued global worries over the Omicron variant of the coronavirus, a currency trader in Prague said.

Purchasing Managers' Index (PMI) data in the region showed that manufacturing sentiment in Poland and the Czech Republic gained momentum, with output and orders gains offsetting the impact of supply snags and rising costs.

In Hungary, PMI eased but stayed above the 50 mark dividing growth from contraction.

Markets in Bucharest were closed for a national holiday.
#Coronavirus
Add Comment