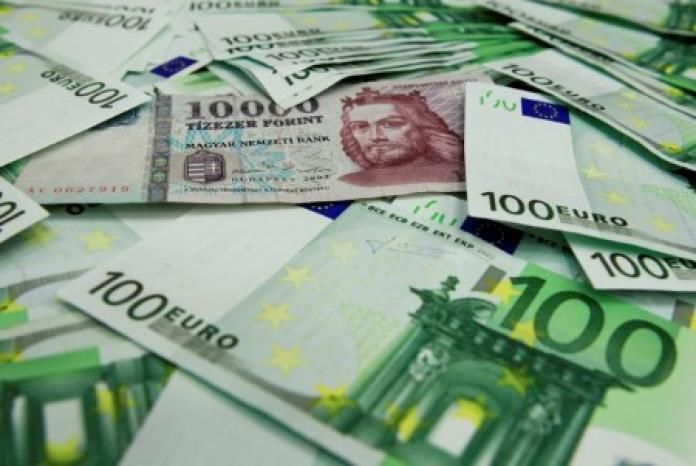 Hungary's forint fell to a record low against the euro on Tuesday, while Hungarian government bond yields jumped, as a surge in COVID-19 cases and expectations for further interest rate hikes by the Hungarian central bank added to global woes.
Hungary's bond yields rose more than 20 basis points (bps) amid selling pressure triggered by factors including the forint's weakness, a trader said, adding that the rise in longer yields followed a jump in yields on the short end last week, when the National Bank of Hungary raised its one-week deposit rate by 70 bps to 2.5%.

"The short end was pushed higher already last week... and it seems the market's patience had run out and they started selling Hungarian bonds so we diverted from core yields," a fixed income trader in Budapest said, adding there was no panic selling.

Another trader also said there was no panic in the market, but rather a "repricing" as players expect more rate increases now.

The 2024/C 3-year bond yield was up 20 bps. According to the fixing page of the state debt management agency AKK benchmark yields rose about 27-30 bps along the curve from 3-year maturities upwards.

A strong dollar and worry over the worsening COVID-19 situation in central Europe has weakened the region's currencies in the past days. But the forint has underperformed its regional peers as concerns over high government spending and uncertainty ahead of the Hungarian central bank's deposit rate decision on Thursday added to concerns.

The forint slid half a percent on the day and was trading at 371.91 per euro after falling to a historic low at 372 earlier in the session.

"The entire CEE region keeps being pressured by the strength of the dollar," an FX trader in Budapest said.

"But the forint was hit harder than the others. The somewhat uncertain rate hike cycle is not helping, neither does the high level of government expenditures in the run-up to the elections."

Prime Minister Viktor Orban's government has announced a $2 billion tax rebate for families in 2022, paying an extra month's worth of pensions, scrapping income tax for career starters and other measures.

Hungary's central bank raised its one-week deposit rate by 70 bps to 2.5% at its weekly tender last Thursday, following a 30 bps benchmark base rate hike, and pledged to continue the tightening as long as necessary.

The central bank sets the rate on the one-week deposit facility weekly on Thursdays.

The Polish zloty also edged lower following gains in the previous session, after Prime Minister Mateusz Morawieczki vowed the government would do all it could to help the zloty strengthen.