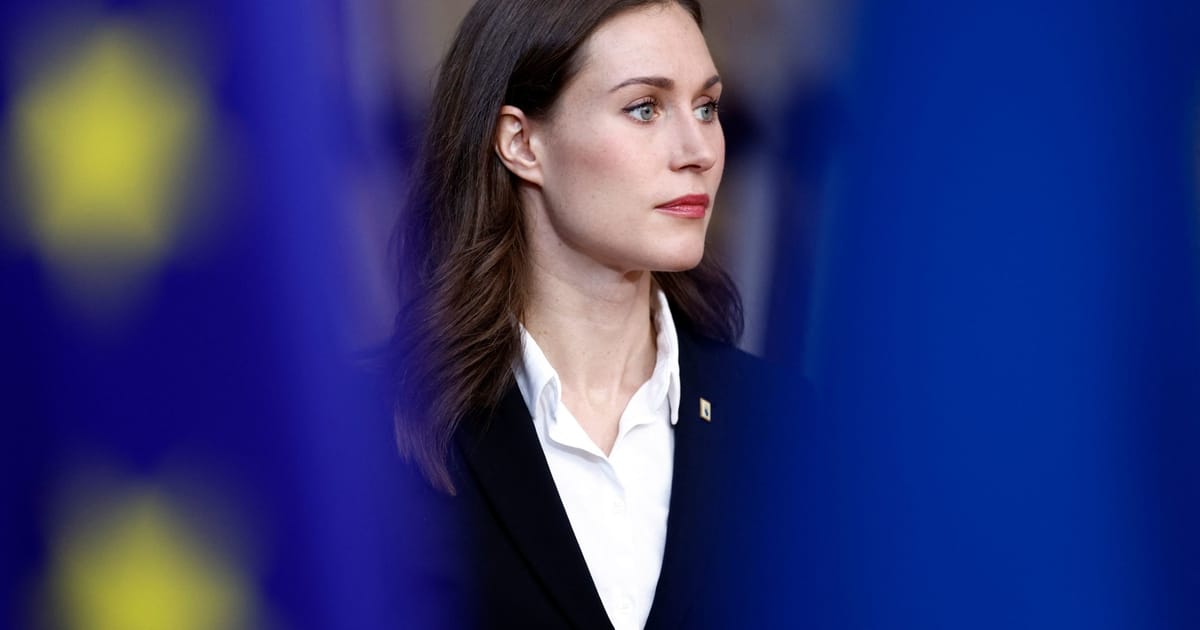 Finland’s Sanna Marin: ‘Shouldn’t be any problems’ with NATO bid

The Finnish leader told she had talked to both country’s leaders. ‘Our knowledge is that there shouldn’t be any problems,’ she said.
Finnish Prime Minister Sanna Marin isn’t expecting Hungary and Turkey to block her country’s NATO bid, she told POLITICO on Thursday, but warned of the risks of delaying accession.

Hungary and Turkey are the only NATO countries that have yet to ratify Finland’s accession to the alliance — a process that has been moving in parallel with Sweden since shortly after Russia invaded Ukraine.

Speaking to POLITICO in Brussels before an EU leaders’ summit, Marin said she hopes both countries’ applications will be approved “as soon as possible.” And she said she had spoken with Hungarian leader Viktor Orbán and Turkey’s Recep Tayyip Erdoğan.

“I have spoken both with Prime Minister Orbán and also President Erdoğan about the situation and our knowledge is that there shouldn’t be any problems when it comes to Finland and our application,” the Finnish leader said.

“It’s very important,” she noted, that Helsinki and Stockholm join the alliance together “because we share the same security environment up north.”

Turkey, Sweden and Finland signed an agreement in June designed to pave the way for the two Nordic countries to join NATO, overcoming Turkey’s concerns about the countries’ alleged support for Kurdish groups. But Erdoğan has since renewed his threat to block the countries’ membership, telling the Turkish parliament earlier this month that his government is tracking whether promises made by Helsinki and Stockholm are being kept.

“It would be very important that the ratification process would go smoothly, because there might be, of course, elements when it comes to the security environment,” she said, pointing out that Finland, like Ukraine, is one of Russia’s next-door neighbors.

“There isn’t any military threat now facing Finland, and we have good capabilities when it comes to defending our country,” the Finnish prime minister said.

But, she added, “it would be very important that we shouldn’t take any risks, the ratification process would go smoothly and as fast as possible.”

There is a need, Marin said, “to avoid risks, minimize risks — I think that’s important to everyone.”

Finland is in the process of building a fence on parts of its border with Russia, and the Finnish leader said the project is also an effort to reduce risk.

A fence can minimize risk when it comes to “hybrid threats, such as using migrants as a tool to affect another country’s policies or security environment,” she said, also citing a longer-term need for the border with Russia to be “well-organized, surveilled, under control.”

At a time when European policymakers are increasingly concerned about hybrid threats emanating from Russia, Marin underscored her support for greater strategic autonomy.

“I think we have to be prepared for everything, not only in Finland but in Europe,” she said.

“One of the most important issues is technologies,” she said. “We have to learn from this war,” Marin said, pointing to Russia’s use of “energy as a weapon” and warning that Europe should not depend on authoritarian regimes.

The prime minister also called for close cooperation with democratic allies around the globe — while acknowledging that in future Europe may have to be less dependent on the U.S. as a security provider.

Asked about the possible impact of the upcoming U.S. midterm elections, Marin said she spoke with members of both the Democratic and Republican parties about Ukraine.

But, the prime minister said, Europe needs to be better prepared to help defend the region.

“It’s very important that [the] United States are involved, that they are supporting Ukraine, that they are providing weapons — we would be in trouble if they wouldn’t,” Marin said. “But in the future, we have to make sure that we are not as dependent.”

“We shouldn’t rely that there will always be someone to help Europe,” the Finnish leader said. “We should be stronger.”
Add Comment