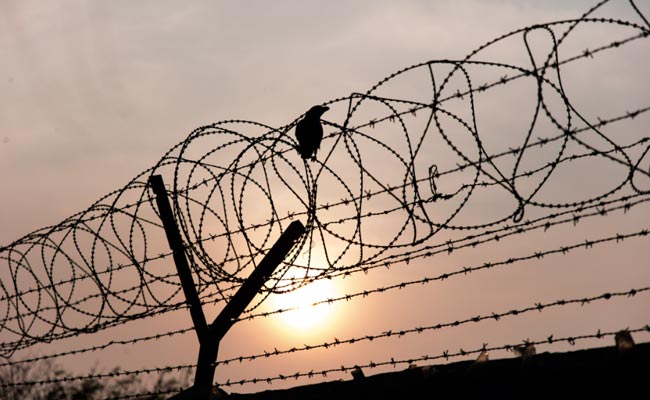 Finland announced broad parliamentary support to replace its wooden fences across the 1,300-kilometre (800-mile) border with sturdier barriers to keep Russians and migrants out.

More than 30 years after the fall of the Iron Curtain, Finland plans to erect a barbed-wire fence on its border with Russia dividing East and West, following the war in Ukraine.

The prospective NATO member this week announced broad parliamentary support to replace its wooden fences, designed mainly to stop livestock from wandering across the 1,300-kilometre (800-mile) border, with sturdier barriers to keep Russians and migrants out.

Finland saw an influx of Russians in September following President Vladimir Putin's mobilisation order, before it clamped down and heavily restricted their entry.

The Finnish border guard says it is necessary to build between 130 and 260 kilometres (80-160 miles) of barriers in areas deemed most critical, particularly in southeastern Finland where most border traffic takes place.

In contrast to the livestock barriers, the new fence proposed on Europe's longest border with Russia is a tall, sturdy metal fence with barbed wire on top and a road running next to it.

The project, estimated to cost hundreds of millions of euros, will start with the construction of a pilot fence a few kilometres long, with the full fence due to be completed in three to four years.

The new barrier would not cover the entire border, most of which is difficult forested terrain far from populated areas, but would help detect large border movements and concentrate migrants to smaller, more easily managed areas.

While Marin has political support for the project, experts have questioned its aims.

"I think the fence shows an emotional reaction to the war," professor Olga Davydova-Minguet, an expert on Russia and border issues, told AFP.

The Finnish border has great symbolic value as a boundary between the East and West, but it has been "a very pragmatic and practical border", said Jussi Laine, professor of human geography at the University of Eastern Finland.

"Children may have been going to school on the Finnish side, with the parents living on the other side", he told AFP.

With projects like electronic visas and new railway connections between eastern Finland and Saint Petersburg, there had been a push since the 1990s to make the Russia-Finland border a "normal European border".

"That meant that in people's everyday lives the border's significance would disappear," Laine explained.

These pragmatic ambitions explained in part why Finland was slow to restrict border traffic, compared to the Baltic countries.

"Finland has long marketed itself in the EU as an expert on Russia".

An initial November 2021 proposal from the opposition centre-right to build a proper fence was dismissed as populism.

But the situation "radically changed" with Putin's war in Ukraine, Laine explained.

Five months after Russia's invasion, Finland in July amended its Border Guard Act to allow for the construction of stronger fences, the closure of border crossings and concentrating asylum seekers at specific points in the event of a large-scale crossover attempt.

That came amid concerns of "hybrid threats" where migrants could be used to exert political pressure -- as in the 2021 migrant crisis on the Belarus-EU border.

But when Putin's military mobilisation in September led to a doubling of the number of Russians crossing the border, plans for the new fence gained momentum.

The Finnish border guard has said it is preparing for "difficult developments" as the situation evolves.

"It is possible that when travel is restricted, attempts at illegal border crossings will increase," a spokesman said.

The border fence construction may enjoy broad political consensus, but it has been harshly criticised by researchers.

"The harms are alarmingly greater than the benefits", Laine said.

Besides being a very expensive solution to a "relatively small number of migrants", research suggests that building barriers creates greater risks for migrants while "stopping only very few people".

And while a new fence may facilitate the Border Guard's work, there is "clear research" that making crossings more difficult fuels human trafficking, he added.

Laine believed the fence discussion -- originally proposed to deter Russia from sending migrants to exert political pressure -- got confused with condemning Russia's aggression in Ukraine and explained the sudden change in political opinion.

"The fence has a symbolic value. It is not based on rational analysis but on emotions", he said.

Some have also stressed the psychological effect of increasing Finns' sense of security.

But Davydova-Minguet argued the fence also "reinforces the image of the Russians as a scary source of threats".

"The fence is creating the impression that there is a danger beyond the border from which we have to separate ourselves".