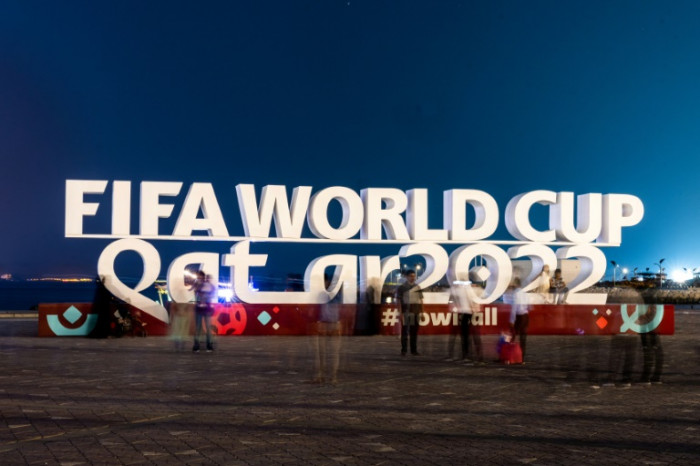 Fifa has called on teams at the World Cup in Qatar to "focus on football" and stop "handing out moral lessons" in a message that received a sharp rebuke from Amnesty International.

LAUSANNE, Switzerland: Fifa has called on teams at the World Cup in Qatar to "focus on football" and stop "handing out moral lessons" in a message that received a sharp rebuke from Amnesty International.

Qatar has come under sustained fire over its human rights record, its treatment of foreign workers and stance on women's and LGBTQ rights.

Homosexuality is illegal in the Gulf state and captains from a number of leading European countries, including England, France and Germany, will wear armbands in rainbow colours with the message "One Love" in an anti-discrimination campaign.

But Fifa president Gianni Infantino and secretary general Fatma Samoura said in a letter to all 32 World Cup teams: "Please let's now focus on the football!"

The world governing body confirmed to AFP it had sent the letter, first revealed by Sky News in the UK.

"We know football does not live in a vacuum and we are equally aware that there are many challenges and difficulties of a political nature all around the world," it said.

"But please do not allow football to be dragged into every ideological or political battle that exists."

"If Gianni Infantino wants the world to 'focus on the football' there is a simple solution: Fifa could finally start tackling the serious human rights issues rather than brushing them under the carpet," said Steve Cockburn, Amnesty's head of economic and social justice.

"A first step would be publicly committing to the establishment of a fund to compensate migrant workers before the tournament kicks off and ensuring that LGBT people do not face discrimination or harassment. It is astonishing they still have not done so.

"Gianni Infantino is right to say that 'football does not exist in a vacuum'. Hundreds of thousands of workers have faced abuses to make this tournament possible and their rights cannot be forgotten or dismissed."

As criticism mounted, Fifa secretary-general Samoura responded, saying the World Cup would be a "festival of football".

"No matter your race, your religion, your social and sexual orientation, you are most welcome, and Qataris are ready to receive you with the best hospitality that you can imagine," she said.

After the Australian players' criticism, a World Cup spokesman said imposing "robust" labour laws had also been a "challenge" for Australia.

Earlier this week, the Arab League states hit out at criticism of Qatar, calling it a "defamation campaign" ahead of the tournament.

"One of the great strengths of the world is indeed its very diversity, and if inclusion means anything, it means having respect for that diversity," said the Fifa letter. "No one people or culture or nation is 'better' than any other."

He also accused some of the country's critics of "racism".

Liverpool captain Jordan Henderson, who is expected to be in the England squad, told the BBC on Friday: "Whatever we do won't be enough."

"A lot gets put on players, in terms of whether the World Cup should be played there," he added. "But at the end of the day, the players don't decide where the World Cup is played. They're questions for Fifa to answer.

"For us as players, we just go and play football and try to have a voice in ways to help as much as we can."