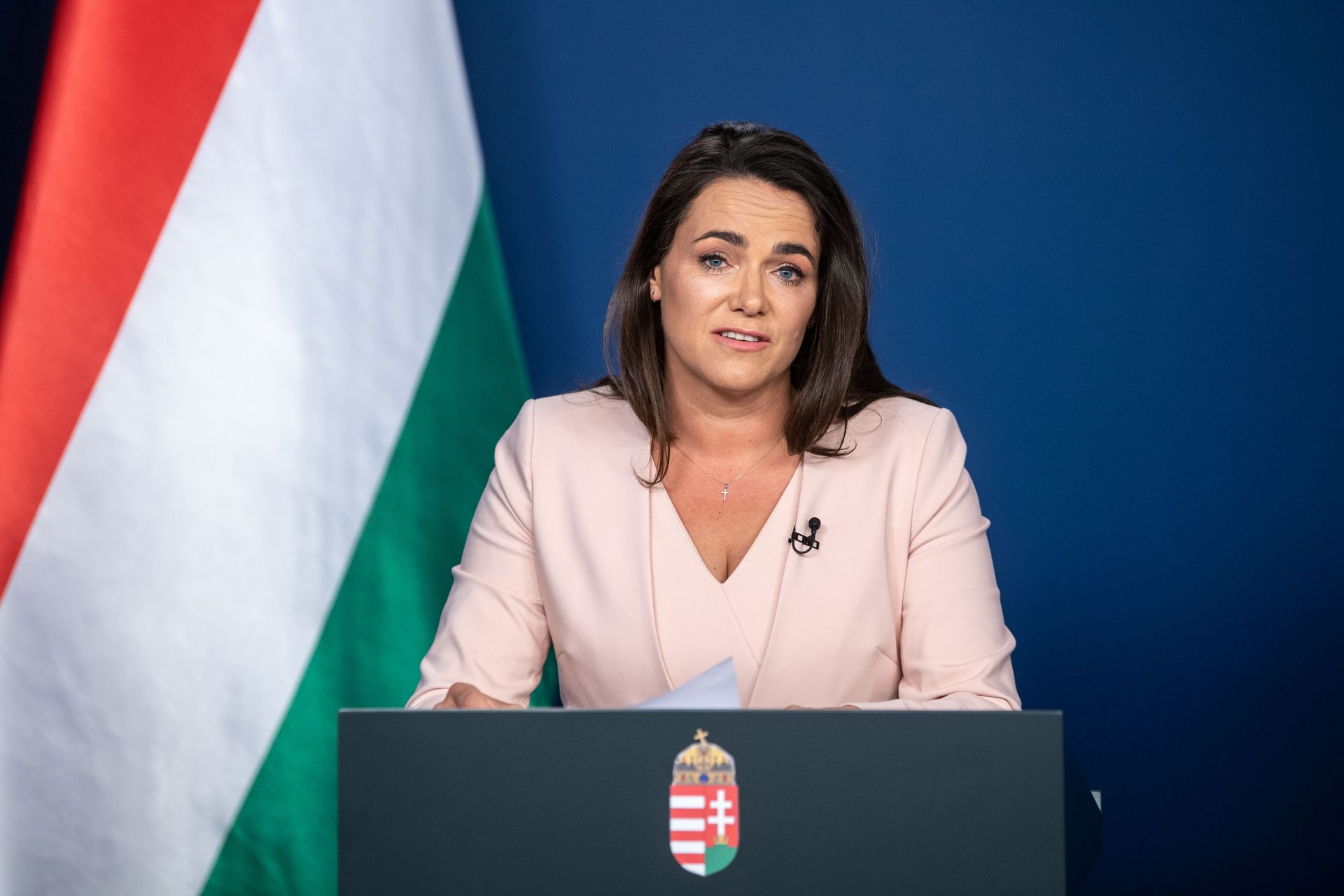 Ruling Fidesz has nominated Katalin Novak, the minister for family affairs, for Hungary's next president, Prime Minister Viktor Orban announced on Tuesday.
Novak said in response on Facebook that she accepted the nomination. In her post, she said she was ready to “represent Hungary and serve the whole Hungarian nation with faith, soul, and heart”.

Incumbent President Janos Ader’s second term will expire on May 10 next year. Under the constitution, the same person cannot be elected president for a third term.

In his international press conference, Orban voiced regret that the constitution restricted the president’s tenure to two terms, adding that Fidesz, of which he is chairman, had tendered its nomination.

Speaking to public media in the afternoon, Novak said it was an “honour” to accept the nomination. “For me, Hungarian families and Hungarian children are the most important, and I will continue to work for them in future,” she said, adding that she would take inspiration and gain strength from her family supporting her and her faith in God.

“If I am elected as Hungary’s first female president, I will represent Hungary and will seek to represent the whole nation,” she said.

Novak said the incumbent president was a flagbearer advocating the issue of protecting the created world.