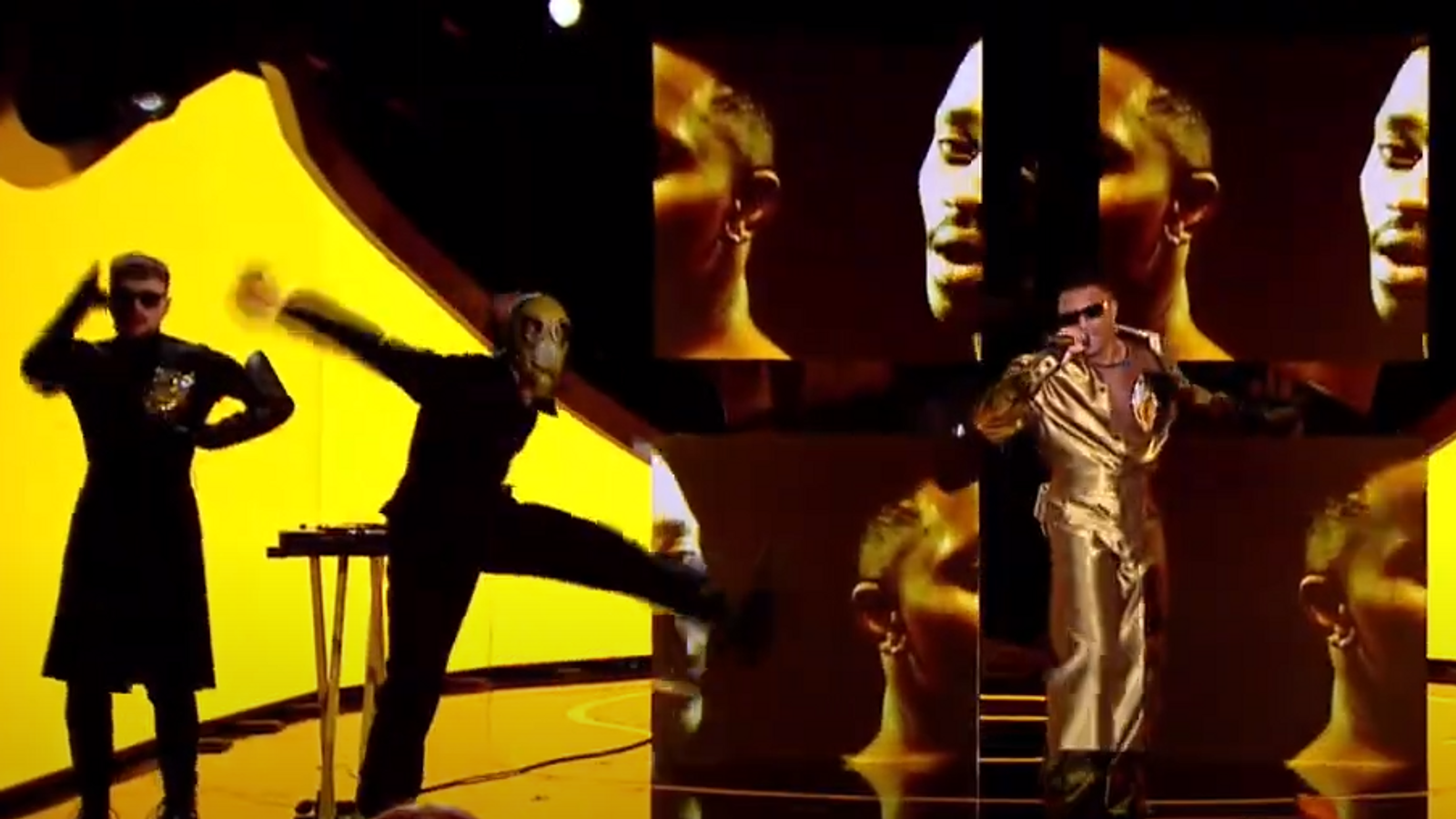 The selection for Ukraine's entry was broadcast live from a metro station in Kyiv, which doubles as a bomb shelter.

Ukraine has chosen its entry for next year's Eurovision song contest after shortlisted acts performed in an underground bunker as the deadly Russian assault continued above.

Electro outfit Tvorchi were selected to represent the country in 2023 by a combination of judges and the public.

The kitsch musical competition has taken on a far greater significance in the face of Europe's biggest land war since the Second World War, with Ukrainians buoyed by the victory of the nation's entry, Kalush Orchestra, in May.

The win earned Ukraine the right to host the 2023 competition - but due to the ongoing war it will instead be held in Liverpool in May.

The selection for Ukraine's entry was broadcast live from a metro station in Kyiv, which doubles as a bomb shelter.

Ten acts made it through to the final round out of 289 entrants.

Tvorchi was formed in 2018 by friends Andrew Hutsuliak and Jeffery Augustus Kenny, from Nigeria, who met while studying at the Ternopil National Medical University in west Ukraine.

The duo, who usually perform in English, have already enjoyed domestic success, with four albums and several hit singles to their name. 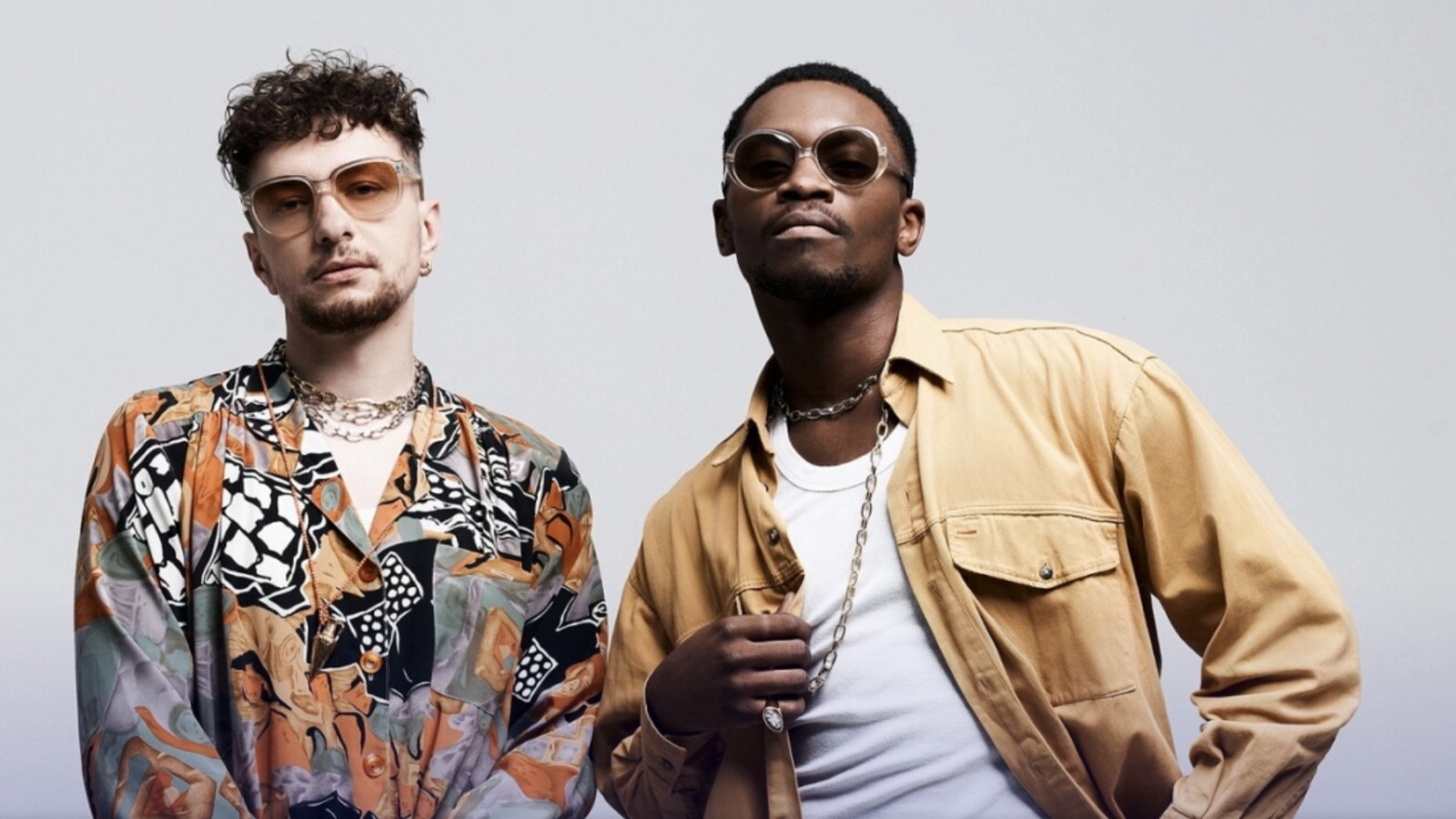 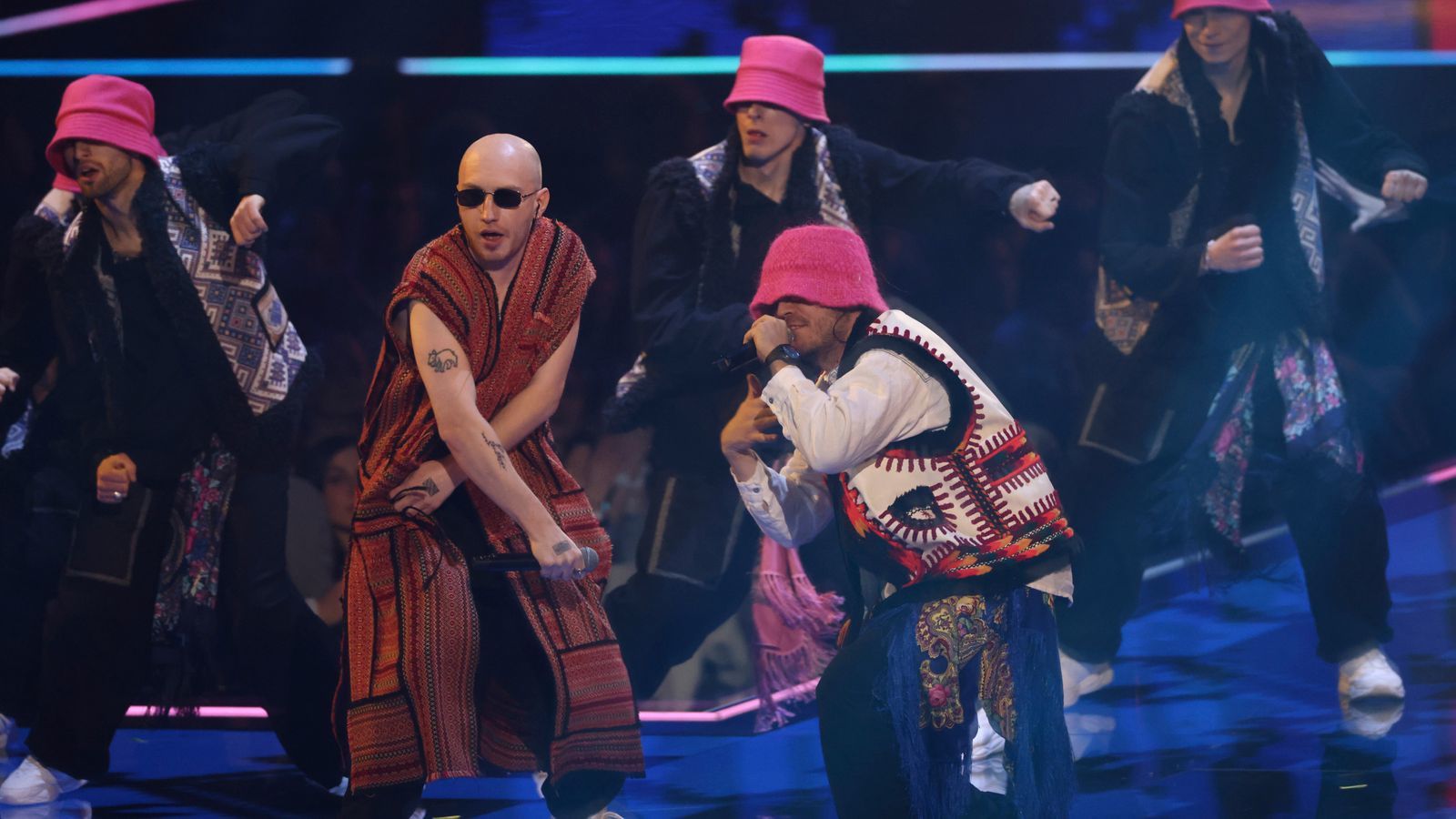 Ukraine's Kalush Orchestra won this year's Eurovision
The song they will perform at the contest is named Heart Of Steel.

Following their win, the band wrote on Instagram: "Thank you, people with hearts of steel.

"We will do everything to properly represent Ukraine an our eternity."

Ahead of the final, the selection show's producer Pianoboy said: "I am very grateful to all the musicians that managed to do an important job in really difficult circumstances, both emotionally and physically, often under sirens and shellings, in basements and with no power supply."

Liverpool saw off a bid by Glasgow to host the 2023 show, with the grand final taking place on 13 May.

The city has promised to put on "the best party ever" and make Ukraine proud.
Add Comment