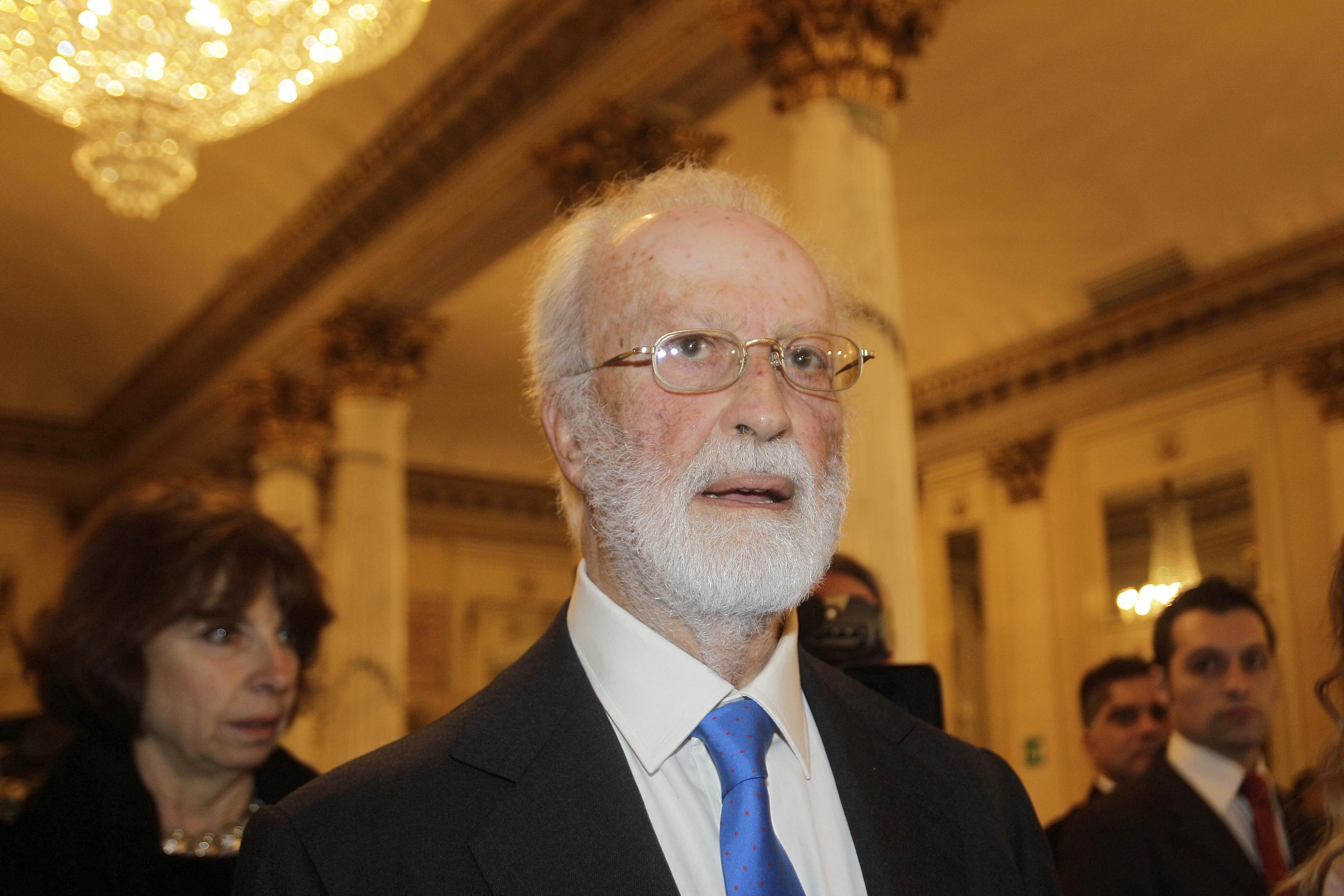 Eugenio Scalfari, who helped revolutionize Italian journalism with the creation of La Repubblica, a liberal daily that boldly challenged Italy’s traditional newspapers, died Thursday at 98, the Senate president announced.
Senate President Maria Elisabetta Alberti Casellati led lawmakers who were debating a bill in a minute of silence to honor one of the deans of Italian journalism.

The Rome-based La Repubblica broke ground when it burst onto already crowded newsstands in 1976, grabbing readers’ attention with punchy headlines and a tabloid format. Its sassy style of writing that had little in common with the austere prose then used by Italy’s leading paper, Corriere della Sera, headquartered in Milan.

In Scalfari’s latter years, the journalist, a self-described atheist, filled La Repubblica with what he described as a detailed recounting of long conversations in person and by telephone with Pope Francis.

“The personality who interests me most is Pope Francis,” Scalfari said during a TV appearance. “He’s a revolutionary.”

He described himself as a “big friend of the pope.”

The pontiff learned the news “of his friend with sorrow,″ the Vatican’s official media said. Francis ”keeps affectionately the memory of those encounters and of the heavy conversations” and was entrusting in prayer his soul to the Lord, the Vatican said.

Early on, Scalfari used the pages of La Repubblica to fight a number of battles. His was the first mainstream Italian paper to urge Italians to reevaluate Italy’s Communist party, which successive Christian Democratic-led coalitions had deftly kept out of power by allying with an array of much smaller coalition partners.

He used his weekly columns to campaign relentlessly against Silvio Berlusconi after the television mogul went into politics in the mid-1990s, leading a center-right bloc that would eventually form three Italian governments and make him premier. La Repubblica accused Berlusconi of jumping into politics to safeguard his business interests.

Along with his media empire, Berlusconi also had extensive real estate holdings, advertising companies and a soccer team. Conflict of interest accusations dogged him throughout his political career.

One of the first tributes following the news of Scalfari’s death nonetheless came from Berlusconi, who still heads the center-right Forza Italia party he created three decades ago.

“Eugenio Scalfari was a figure of reference for my adversaries in politics,″ he tweeted. ”Today, however, I cannot but recognize that he was a great publisher and journalist, who I always appreciated for his dedication and passion for his work.”

Italian Premier Mari Draghi praised Scalfari for ”the clarity of his prose, the depth of his analyses, the courage of his ideas,” and said the journalist’s death “leaves an unfillable void in the public life of our country.”

Scalfari’s editorials “were fundamental reading for whoever wanted to understand politics, the economy,” Draghi said.

In arguing for a new reading of Italy’s Communist Party, which had been the largest in the West, Scalfari contended it had broken with its Soviet roots. Many former Communists joined new, leftist parties, which ultimately went on to became coalition partners in several Italian governments.

The appeal of La Repubblica among left-leaning readers became so broad that it increasingly wore away at the readership of the then widely-read Communist- and post-Communist paper l’Unita.

During a career that spanned more than 50 years, Scalfari was called everything from the “Lider Maximo of Italian Journalism,″ a reference to a nickname of the late Cuban leader Fidel Castro, to an ideological opportunist.

It was a testament to his enduring influence that even after retiring from his position as editor of La Repubblica in 1996, his weekly columns continued to ruffle feathers.

Scalfari’s life was marked by conspicuous triumphs. Besides La Repubblica, he was the co-founder of the successful L’Espresso weekly newsmagazine.

For years, he participated in Italian political life, first with the Italian Radical Party, as a founding member, serving as its national vice secretary between 1958 and 1963, then with the Italian Socialist Party. Scalfari also served a term in Parliament, starting in 1968.

Under his direction, both L’Espresso and La Repubblica adopted tough investigative approaches, exposing some of the many scandals that marked a particularly tumultuous period of postwar Italian history.

Most notably, in 1967, L’Espresso blew the lid off an attempted 1964 coup by an Italian general.

Born in Civitavecchia, a port city near Rome, on April 6. 1924, Scalfari studied law before turning to journalism. He began writing in 1950 for Il Mondo and L’Europeo, two top magazines, leaving in 1955 for the L’Espresso venture.

He served as editor-in-chief of the popular newsmagazine between 1963 to 1968, and then as the managing director of L’ Espresso publishing company between 1970 to 1975, helping to establish it as one of Italy’s most influential publishing groups.

Scalfari was married to Simonetta De Benedetti, and the couple had two daughters, Enrica and Donata.
#Pope Francis
Add Comment