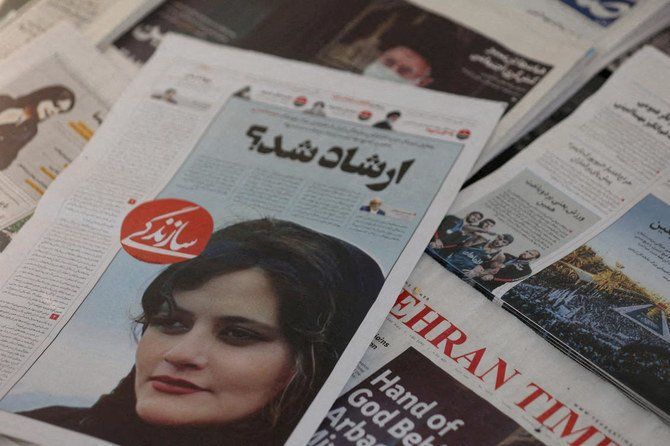 European countries on Monday blacklisted Iran’s “morality police” over the death in custody of Mahsa Amini,and slapped sanctions on the Basij paramilitary force for the brutal crackdown on protests against the young woman’s death.

Amini, 22, died in hospital a month ago after she was detained and beaten by the morality police for wearing her hijab in an “insufficiently modest” manner.

“According to reliable reports and witnesses, she was brutally beaten and mistreated in custody, which led to her hospitalization and to her death,” the EU said on Monday.

The Basij force was blacklisted for its “particularly harsh” crackdown on protesters, “resulting in the deaths of multiple people.” It was “directly responsible for serious human rights violations in Iran,” the EU said.

German Foreign Minister Annalena Baerbock said the EU said “will not close our eyes” to the abuses being carried out in Iran. “If this violence continues, then more sanctions will follow,” she said.

The new sanctions came as the official death toll from a fire at Iran’s notorious Evin jail doubled to eight, and human rights groups said the real toll was almost certainly far higher.

Iranian authorities have accused “thugs” of starting the fire by torching a prison clothing depot, and judiciary chief Gholamhossein Mohseni Ejei saidon Monday that the fire was “a crime committed by a few elements linked to the enemy.”

But the Norway-based Iran Human Rights group rejected the official account of clashes in the prison unrelated to the protests sweeping Iran, and said the regime in Tehran had a “long history of concealing facts.”