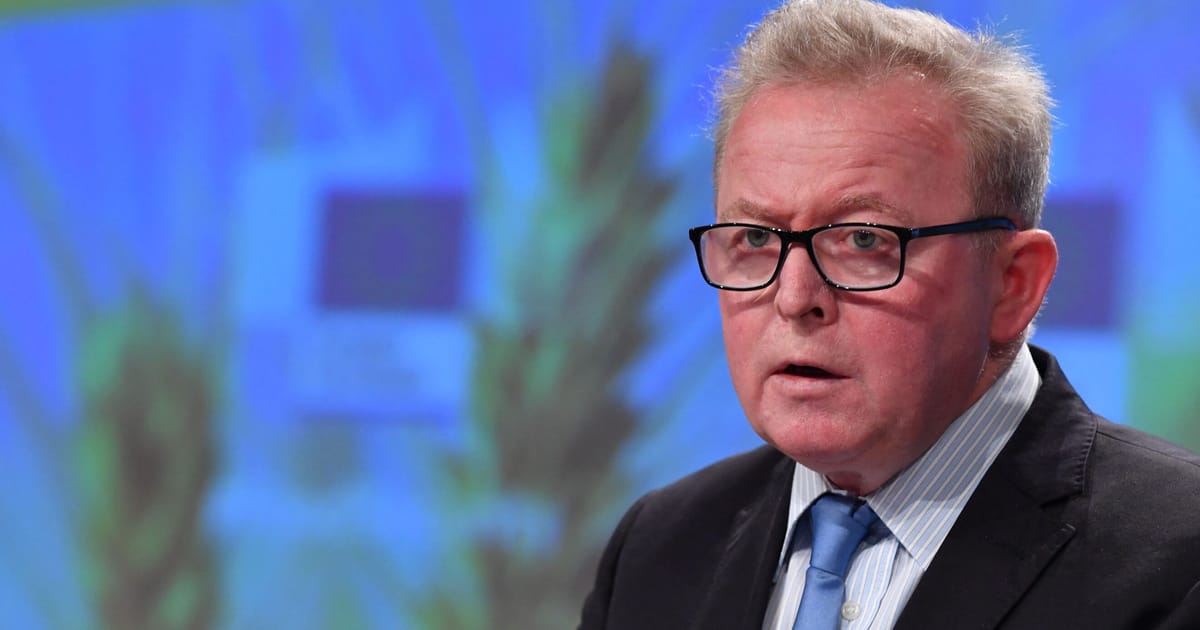 Comments by Janusz Wojciechowski address concerns about market supply in his native Poland, and run counter to EU policy.

The EU needs to revise its free-trade agreement with Ukraine and introduce import restrictions on some food products, Agriculture Commissioner Janusz Wojciechowski told members of the Polish parliament Wednesday.

The comments from the Polish commissioner flatly contradicted the official EU stance that enabling unrestricted food exports from Ukraine is essential to helping the country’s war-ravaged economy. Since Russian forces invaded in February, they have occupied and mined tracts of farmland, stolen crops, and bombarded grain silos and ports.

Only limited exports of Ukrainian produce have been possible in recent months through its traditional Black Sea export route. Brussels opened an alternative land route to the EU when it launched so-called solidarity lanes in May and signed an agreement with Kyiv in June to suspend all import duties on Ukrainian goods for one year.

The agreement is due to expire next summer, but the Commission is mulling extending it until the end of 2024.

“[F]or some products, this policy will have to be revised,” Wojciechowski said. He was speaking remotely at an event in Warsaw organized by the Polish parliament’s upper chamber on the EU’s Common Agricultural Policy.

While the western corridor is a lifeline for Ukraine’s economy and its farmers, it has exposed farmers in Wojciechowski’s home country to greater market competition. It’s a development that could result in political fallout for the country’s right-wing government, led by the Law and Justice party (PiS), which will need to defend the rural vote to retain power in a general election due by September 2023.

“I know the farmers’ concerns and I see the problem,” said Wojciechowski, himself a senior PiS figure. He was responding to a question on whether the Commission would address the issue of food imports from Ukraine that, instead of being exported elsewhere through the solidarity lanes, remain stuck in Poland’s border regions.

“Helping Ukraine is our strategic priority and this is beyond discussion. It is a matter of security, but for some products, this policy will have to be revised. Imports of some agricultural products have indeed increased several times after the opening of trade with Ukraine. There are simply too many goods coming in.”

Wojciechowski listed maize, rapeseed and poultry as examples of foodstuffs that have been “arriving in excessive quantities.” He said that Romania and Bulgaria have also seen a “problematic” increase in sunflower oil imports from Ukraine.

A Commission report on Ukrainian products subject to the free-trade agreement has found that the EU has seen a “significant increase in imports of … poultry, eggs, milk powder, butter, sugars, starches, bran and some cereals.” The EU executive has yet, however, to reach a position on whether to take any action to address the increased inflows.

Wojciechowski said that a decision on whether to introduce tariffs on food products “will depend on many commissioners … but my view is that there is a problem. Where these exports have clearly increased, I will speak in favor of introducing import restrictions.”

Agriculture plays a vital role in Ukraine’s economy, accounting for around a fifth of the country’s GDP and 40 percent of exports. Brussels recently announced a €1 billion investment to boost the land-based EU solidarity lanes through which Ukraine has been able to export around 17 million tons of foodstuffs since the start of the Russian invasion.