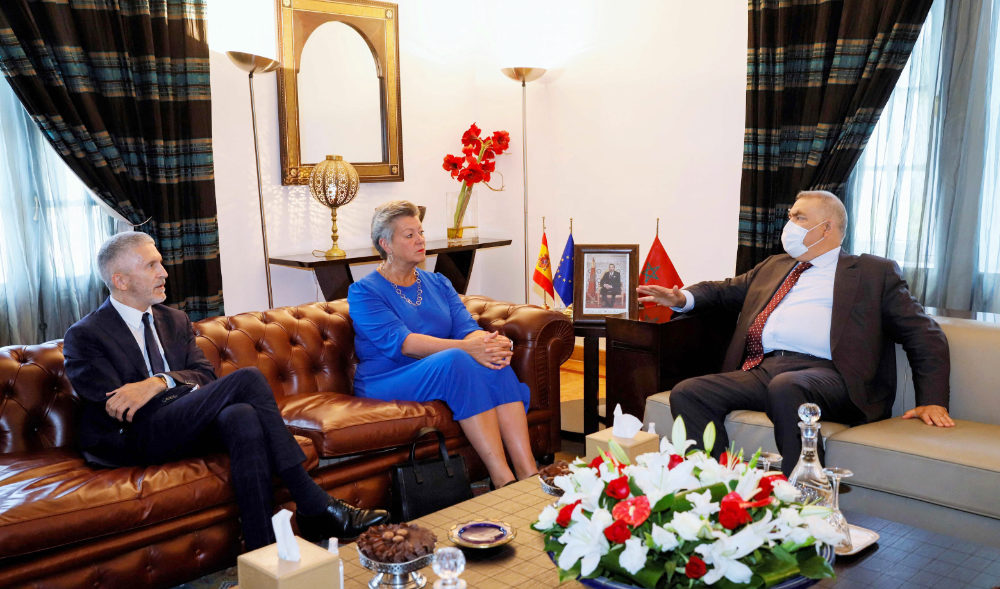 The European Commission has vowed to step up its work with Morocco to fight human smugglers who are using “new, extremely violent methods” — a move that comes two weeks after 23 people died at the border between Morocco and the Spanish enclave of Melilla.

EU Commissioner for Home Affairs Ylva Johansson and Spanish Interior Minister Fernando Grande-Marlaska met with Morocco’s Interior Minister Abdelouafi Laftit in Rabat to discuss the events of June 24, when hundreds of sub-Saharan migrants and asylum-seekers attempted to storm through a border post and scale a border fence into Melilla.

In addition to the deaths, some 200 Moroccan and Spanish law enforcement officers and more than 70 civilians were injured.

“We have discussed how we can further cooperate on fighting the smugglers, preventing such violent and dangerous situation as we saw two weeks
ago,” Johansson said in a video message after the meeting.

There were no further details on what exactly the new, violent methods being used by smugglers were but the European Commission said it would enhance police cooperation with Morocco, including with joint investigations.

Mustafa Baitas, a spokesman for the Moroccan government, said on Thursday the events at the Nador-Mellila border were “planned and orchestrated” in a way that was not typical of other attempts to storm the border into Spain.

At the time, Moroccan authorities said the migrants had died as a result of a stampede.

But several human rights organizations have called for an independent investigation into the deaths and condemned authorities on both sides of the border for excessive use of force.

Many of the victims were believed to be Sudanese, it tweeted.

“The Commissioner and the two ministers welcomed the fact-finding commission set up by the Moroccan National Human Rights Council,” the EU Commission statement said. Spanish prosecutors also announced last week they had launched an investigation into June 24.

Videos showing countless Black men lying on the ground that day, some motionless and bleeding as Moroccan officers stood over.