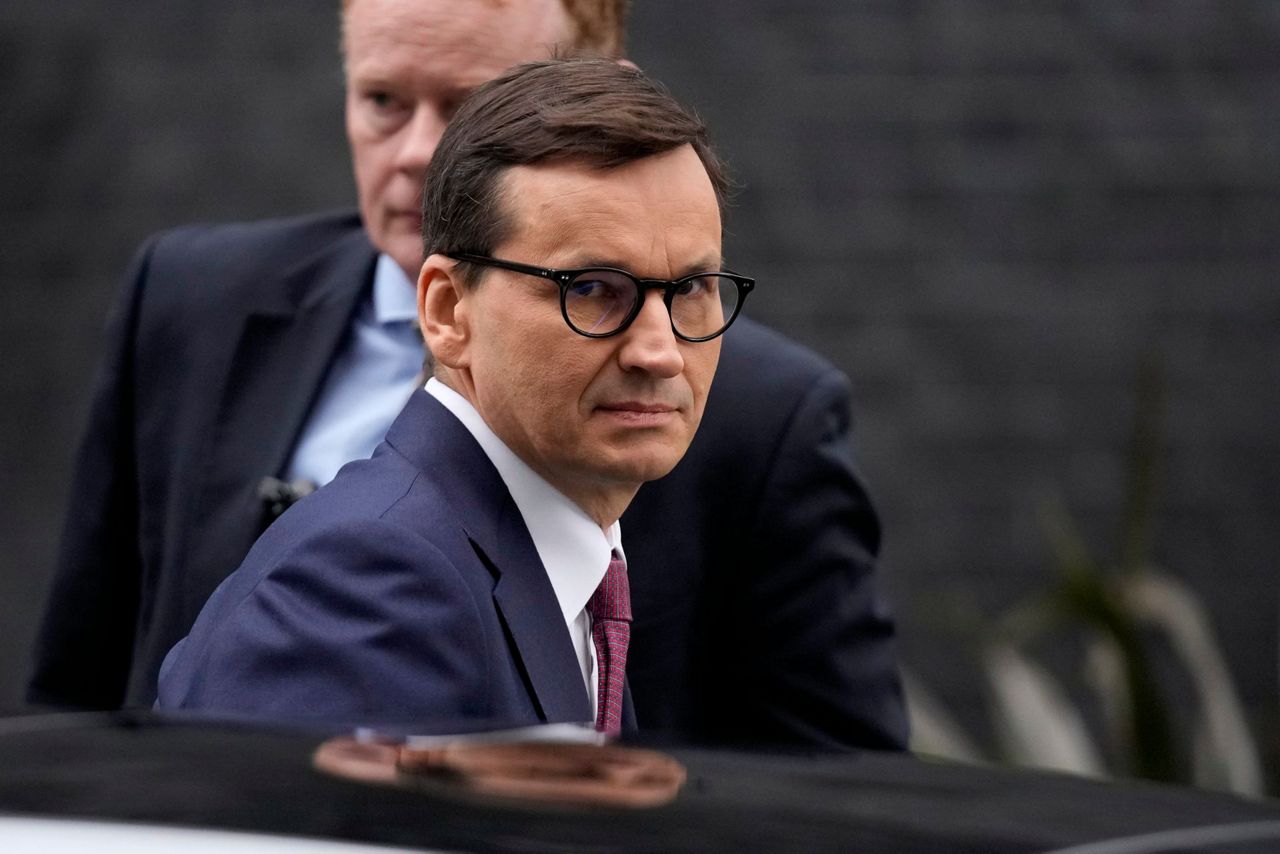 The top adviser to the European Union’s highest court on Thursday said that the principle of linking the bloc’s budget disbursements to respect for rule of law is compatible with the bloc's laws and that a challenge by Hungary and Poland should be dismissed.
The right-wing governments of both nations had argued that such action lacked a proper legal basis. Both nations, large recipients of EU funds, have come under increasing criticism over the past few years for veering away from the Western principles of the respect for rule of law in their nations.

The advice to the court precedes a full court decision, which is expected within the coming months.

The EU Commission said it took note of the advice but did not go into details.

Linking the distribution of funds to democratic principles was a key part of the EU’s decision last year to push through a massive subsidy program for the 27 member nations to overcome the unprecedented impact of the coronavirus pandemic.

Advocate General Manuel Campos Sanchez-Bordona advised that the link was “adopted on an appropriate legal basis ... and respects the principle of legal certainty.”

The court said in a statement that “compliance with the principles of the rule of law may be vitally important for the sound operation of public finances and the proper implementation of the Union budget."

Government officials in both Hungary and Poland rejected the opinion, arguing that the court was overstepping its authority in approving a new mechanism that is not described in the EU's own treaties.

Hungary’s Justice Minister, Judit Varga, said in a Facebook post that the rule of law regulation “suffers from a number of obvious legal flaws which individually justify its annulment.” She also noted that the court’s advice was “not a ruling, only an opinion.”

“Before tears of joy well up in the eyes of the Brussels elite and the left-liberal press, I would like to make a quiet comment: this is only a recommendation, a judgement is not expected until the end of the year or early next year,” Varga wrote.

“No to blackmail on the rule of law!” she added.

A deputy justice minister in Poland, Sebastian Kaleta, accused the EU authorities of violating the rule of law even as they say they are defending it.

“It was naive to trust that EU institutions would be capable of self-limiting,” Kaleta wrote on Twitter.

Poland and Hungary have faced criticism in the EU for years over allegations that they have been eroding judicial and media independence, among other democratic principles. The EU had found itself unable to do much to alter the course of either nation, and therefore turned to linking money to their adherence to democratic behavior.

In Hungary, Prime Minister Viktor Orban has been pushing what he calls “illiberal democracy," which his critics say amounts to stifling democracy. In Poland, the Law and Justice party overwhelmingly dominates government and has also increasingly faced criticism from other EU member nations.

Hungary and Poland initially sought to block the budget because of the introduction of the new mechanism, but eventually agreed to the plan on condition that the European Court of Justice would review it.
#Viktor Orban  #Coronavirus  #Facebook
Add Comment