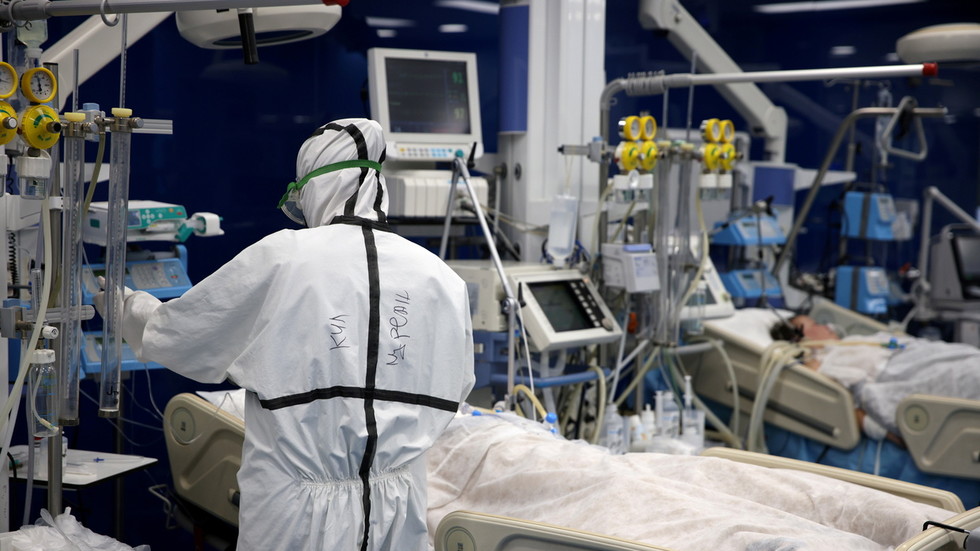 The European Center for Disease Prevention and Control (ECDC) has released its latest evaluation of the EU’s Covid situation, expressing “very high concern” in relation to 10 countries as the virus tears through the region.
In an overview published on Thursday, the ECDC revealed that “increasing case notification rates and an overall epidemiological situation of high or very high concern are now observed in most of the EU/EEA member states.”

At the end of the week finishing November 7, 10 countries were categorized by the agency as being of “very high concern.” The nations named were Belgium, Bulgaria, Croatia, the Czech Republic, Estonia, Greece, Hungary, the Netherlands, Poland, and Slovenia.

The situation in a further 13 EU states were classified as being of “high concern.”

Only four countries – Italy, Malta, Spain and Sweden – were ranked as nations of “low concern.” According to the ECDC, “countries with lower vaccination uptake continue to be the most severely affected” by the virus.

The health agency’s update comes as the Netherlands registered over 16,000 coronavirus cases for a second day running. On Thursday, the Dutch Outbreak Management Team advised the government to impose a partial lockdown as infections increase, with a decision to be made shortly on the matter.

Meanwhile, the Austrian government is considering the imposition of the world’s first nationwide lockdown for unvaccinated citizens.

The World Health Organization’s European chief warned at the beginning of November that the region could rack up another half-a-million Covid deaths by February, calling the rate of transmission a matter “of grave concern.”
#Coronavirus  #Covid

mike 21 days ago
But they are vaccinating like crazy. All this covidiots over there.
View all comments (1)Add comment