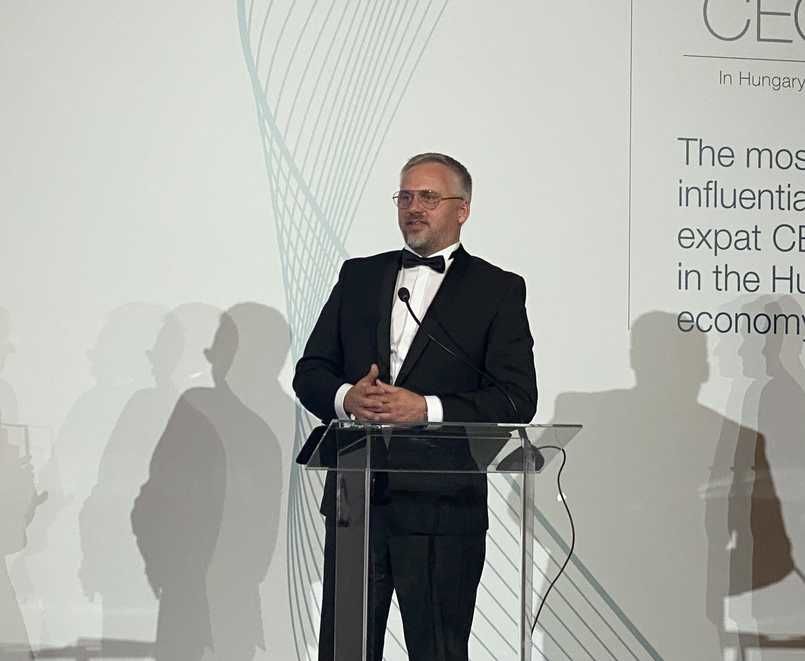 The BBJ Expat CEO of the Year award is given to the foreign CEO working and living in Hungary, who is considered to have done the most to contribute to the development of Hungarian economy and its international recognition with their professionalism and dedicated work. The award has been granted every year since 2015.

The exclusive gala dinner featured Hungaryʼs most important expat company leaders, and a number of distinguished guests such as Hungarian Investment Promotion Agency head Róbert Ésik as well as several ambassadors and diplomats.

Before the main awards, BBJ editor-in-chief Robin Marshall called attention to the importance of organizations that helped the country fight the COVID pandemic during the last two years. To thank them, he handed over Certificates of Appreciation to National Ambulance Service CEO Dr. Gábor Csató, and Vodafone Hungary CEO Amanda Nelson.

Róbert Ésik noted that the past 18 months have been "extraordinarily challenging", adding that from the economic perspective there are signs of recovery, noting that a GDP growth of around 7% might be possible this year.

He also noted that HIPA closed deals in the value of EUR 4.1 bln in 2020, successfully established a COVID subsidy program in April 2020 already. He highlighted that HIPA worked together with 1,400 companies in the past 18 months. He thanked expat CEOs for their efforts in these challenging times. He offered HIPA's continued partnership to the company heads.

This year, the HIPA Partnership award was given to Nevijo Mance, director of engineering at Jaguar Land Rover Hungary. Ésik presented him with the award after playing a short video about the winner.

Mance greeted the audience in Hungarian, saying, "Kedves hölgyeim és uraim, kedves Robin, kedves Róbert." He noted that while the past 18 months were challenging, he realized that "It's not a lost period, in terms of achievements and collaborations in Hungary, we did a lot."

The winner of the Expat CEO of the Year award was selected by a professional jury of five just 30 minutes before the gala. The panel consisted of BBJ CEO Balázs Román, American Chamber of Commerce in Hungary CEO Írisz Lippai-Nagy, HIPA CEO Róbert Ésik, DUIHK President András Sávos, and last yearʼs Expat CEO of the Year Melanie Seymour.

The shortlisted company heads this year were: Prabal Datta (managing director - Central and Eastern Europe of Tata Consultancy Services), Erik Slooten (CEO of Deutsche Telekom IT Solutions Hungary), and Daniel Korioth (general manager of Robert Bosch Kft until August 2021, when he left his position in Hungary to become president of Bosch Turkey and the Middle East).

After the screening short introductory videos about the candidates, last year's winner Melanie Seymour took the stage to open the envelope containing the name of this year's winner.

The seventh Expat CEO of the Year award went to Erik Slooten.

After accepting the award, Slooten thanked his team of 5,000 people working at Deutsche Telekom IT Solutions, supporting customers 24/7. He also thanked people for their support, not only in Budapest but all over the country, also noting that HIPA is an excellent business partner.

He is the first Dutch person to win the BBJ Expat CEO of the Year award.

The gala was originally planned to take place earlier this year, but it was postponed due to strict pandemic-related restrictions in place in early 2021.

In January 2020, BlackRock’s Melanie Seymour was recognized as the Expat CEO of the Year. Taira-Julia Lammi, CEO of ABB Hungary Kft., won the award in 2019, while in 2018 the title went to Marc de Bastos Eckstein, CEO of thyssenkrupp Components Technology Hungary Kft. In 2017, it was Jörg Bauer, then of GE Hungary, in 2016 it was Jost Ernst Lammers, of Budapest Airport Zrt., and the inaugural award was presented in to Javier González Pareja, of Bosch Magyarország.

The main sponsors of the evening were Audi, PwC, Penny Market, and MAN Truck. 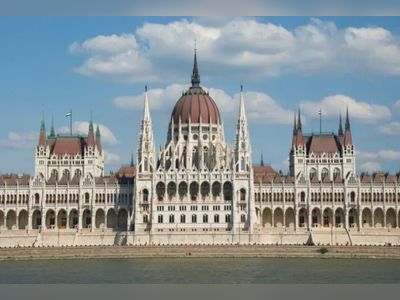 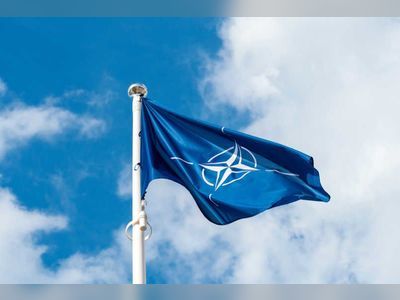