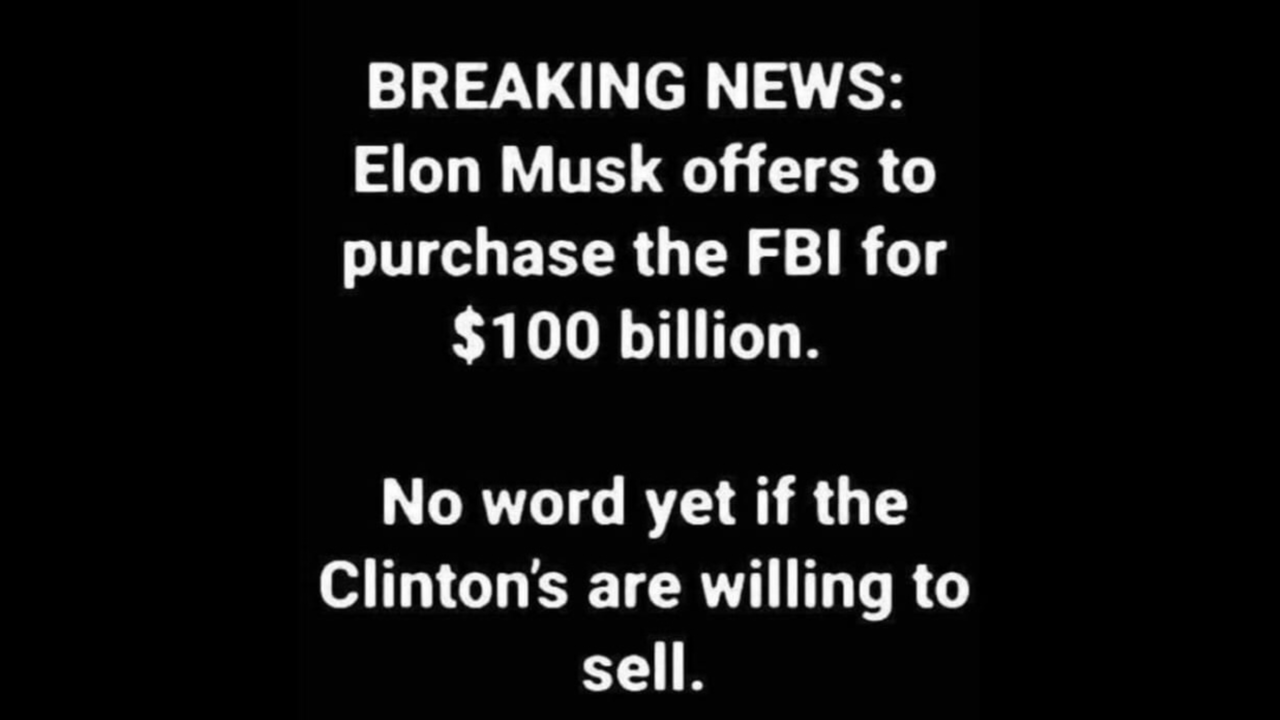 Elon Musk is under a federal investigation related to his $44 billion takeover deal for Twitter. The news came from a court filing made public on Thursday about the latest in ongoing legal disputes between the billionaire and the social network. The picture here is a joke we’ve got by eMail, from people who think it’s sad, not funny.
While the filing said he was under investigation, it did not say what the focus was.

"This game of 'hide the ball' must end," the company said in the court filing.

Mr Musk did not immediately respond to a request for comment.

Twitter - which sued Mr Musk in July to force him to close the deal - said lawyers for the Tesla CEO had claimed "investigative privilege" when refusing to hand over documents it wanted.

It also said it had requested that Mr Musk's attorneys produce their communications with federal authorities months ago, but they had not done so.

The log referenced drafts of a 13 May email to the US Securities and Exchange Commission (SEC) - the American regulator which enforces the law against market manipulation.

It also referenced a slide presentation to the Federal Trade Commission - whose principal mission is promoting antitrust law and consumer protection.

The court request was filed on the same day the court granted a stay of litigation to allow Twitter and Mr Musk to close the takeover deal.

Questions over the deal

The SEC has questioned Mr Musk's comments about the Twitter acquisition.

In April, the SEC asked him whether the disclosure of his 9% Twitter stake was late and why it indicated that he intended to be a passive shareholder. Mr Musk later refiled the disclosure to indicate he was an active investor.

In June, the SEC asked Mr Musk in a letter whether he should have amended his public filing to reflect his intention to suspend or abandon the deal.

Alex Spiro, an attorney for Mr Musk, told Reuters that Twitter's court filing was a "misdirection".

"It is Twitter's executives that are under federal investigation," he said.

The filing comes as the months-long saga of Mr Musk's proposed Twitter purchase continues, during which the billionaire proposed a takeover, went back on the deal, and was then sued by Twitter to stick to his word.

The billionaire's side then said he would go ahead with the deal, just days before a trial was set to take place to force the purchase through.
#Elon Musk  #Tesla
Add Comment