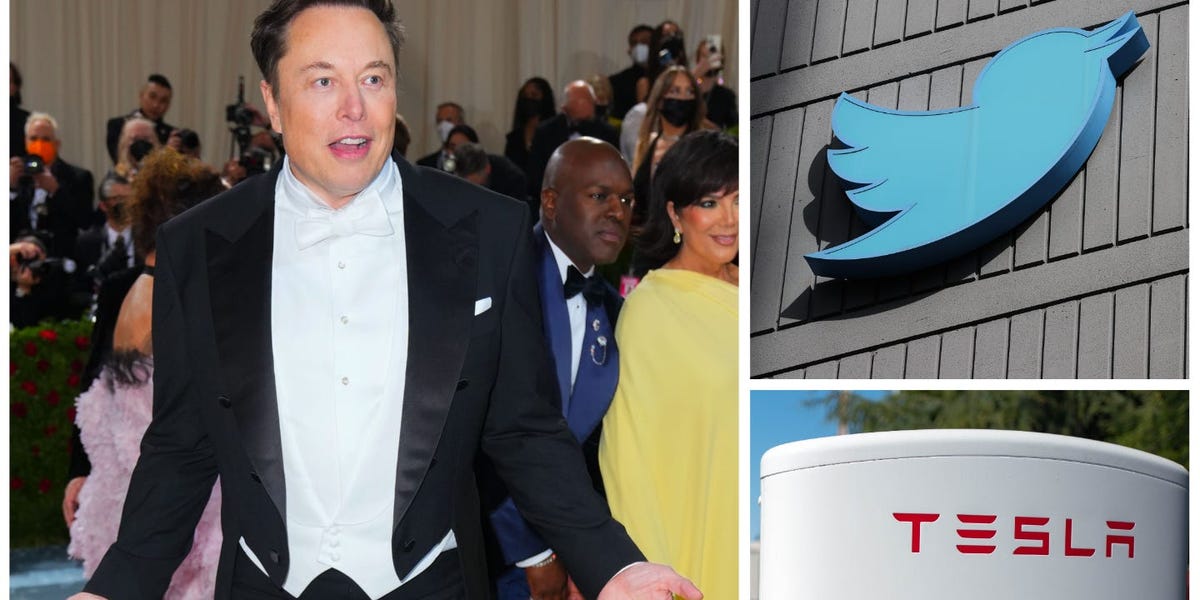 Elon Musk promised Tesla would benefit from his Twitter misadventure. But Wall Street is worried he's using Tesla as his 'personal ATM' to fund his wild plans for Twitter.

The impact of Elon Musk buying Twitter on Tesla is getting scarier for investors. For the third time, after saying in April that he had "no further TSLA sales planned," filings made on Wednesday revealed Musk sold 22 million more shares of Tesla, valued some $3.6 billion. That brings the total amount of Tesla stock that Musk has sold this year to $23 billion.

Just a few days ago, Musk promised that in the long haul, Tesla would benefit from his ownership of Twitter. But there's growing skepticism from analysts that will happen. Dan Ives at Wedbush wrote in a report on Thursday that Twitter remains a nightmare for investors because Musk has been using "Tesla as his own ATM machine to keep funding" the social network.

Tesla's falling electric vehicle sales as countries around the world face their own recessions amid the ongoing fall out of the pandemic isn't necessarily a shock. But it does present a problem for Tesla and its owner, who continues to use its shares to fund his refashioning of Twitter for his ventures to build out 'the everything app' that he refers to under the name "X."

Ultimately, Elon promised Tesla shareholders they'd benefit from Twitter. He also promised he wouldn't sell any more Tesla stock. It's up to Tesla investors to decide whether he plans to keep his promise. 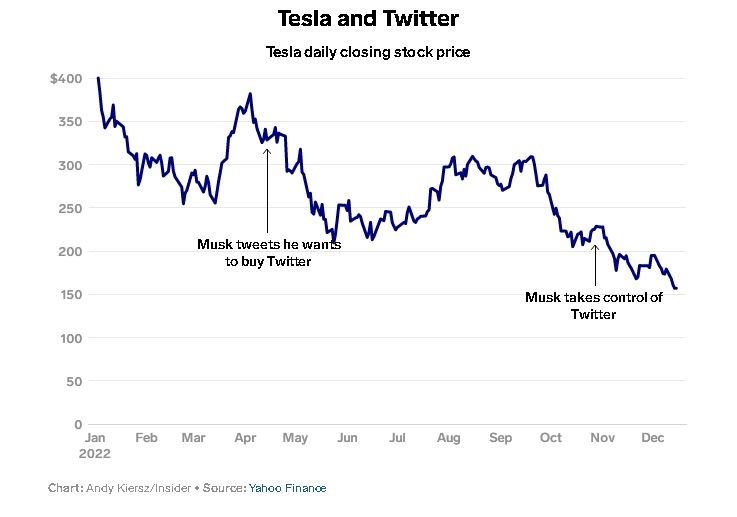 "Elon is Tesla's brand. He needs to pull it together," Loup Ventures' Gene Munster told Insider earlier this week. Some, like major Tesla shareholder KoGuan Leo, have gone so far as to suggest that Musk has "abandoned" his duties at the carmaker, and called for a new CEO to replace him.

Meanwhile, Insider has reported on a slate of problems for Twitter that include: advertisers that have suspended their activity on the platform; the failure of Elon's reimagined Twitter Blue; growing concern around the rise of bigotry on the platform; and Elon's troubling political tweets that seem to be adding to the non-stop swirl of controversy around the company.

In his note to clients, Ives maintained an outperform rating for Tesla, indicating that he expects Tesla's rate of return to do better than its peers despite signs that it won't be the best performer in the batch.

Munster, for his part, further admonished that Elon would cause long-term damage if he does nothing about the number of issues arising from the billionaire's purchase of Twitter.

The broader market is also worried. Tesla's stock has dropped 31% since Musk bought Twitter at the end of October. When you track how the stock has held up since Musk's offer to buy Twitter in mid-April, it's down 52%. It should be noted that tech stocks lost trillions of dollars in value this year due to a drop in consumer demand, inflation, and the overall market correction from the astronomical multiples seen the year before.

Tesla faces other issues besides Musk's Twitter problems. The company is no longer the main electric car maker on the block in multiple countries. Since new entrants have carved out their own market share and traditional automakers have successfully launched a series of hybrids and their own EV models, Tesla has seen a rise in competition in the US, China, and parts of Europe.

It was only earlier this month that Bloomberg reported that Tesla was slashing some of its production output in China by 20% to 30%, a sign that the reality of sales didn't live up to what they were projected to be. It's been also reported that the EV maker lowered the cost of its cars in China in an attempt to boost sales. It worked, but Tesla ultimately lost out to its Chinese competition, BYD.

"More activism and growing investor frustration will force the Board of Tesla to confront some of these issues head on in the near-term. This is a moment of truth for Musk and Tesla," wrote Ives.
#Elon Musk  #Tesla
Add Comment