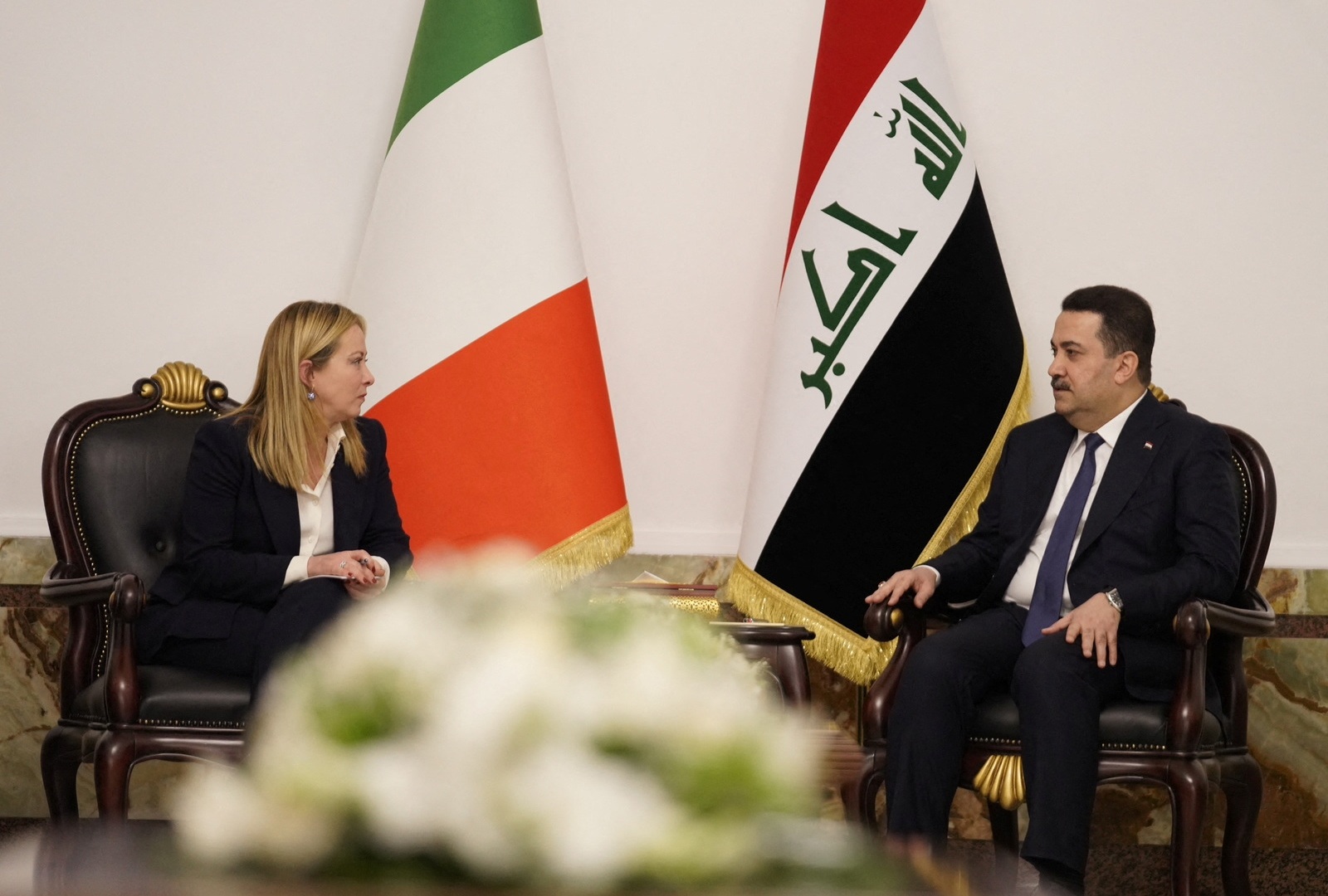 Meloni, who is in Baghdad on her first bilateral trip outside Europe, hailed Iraqi-Italian ‘cultural cooperation’.

Italian Prime Minister Giorgia Meloni, who leads the eurozone’s third-largest economy, is on a pre-Christmas visit to Italian troops posted in Iraq – her first bilateral trip outside Europe.

“We expressed our disposition to develop economic cooperation in all fields, especially agriculture, water and health,” Prime Minister Mohammed Shia al-Sudani said at a joint news conference on Friday.

Meloni, who was first received by Iraqi President Abdul Latif Rashid, said in the same news conference that “Italy has always supported Iraq”.

“Iraq is a country that has achieved important steps in the field of security stability,” she said, adding that Rome is “interested in the presence of Italian companies in Iraq”.

Commenting on a “cultural cooperation”, Meloni said her official visit to Iraq “represents the beginning of distinguished relations linking the two friendly peoples, the Iraqi and the Italian”. 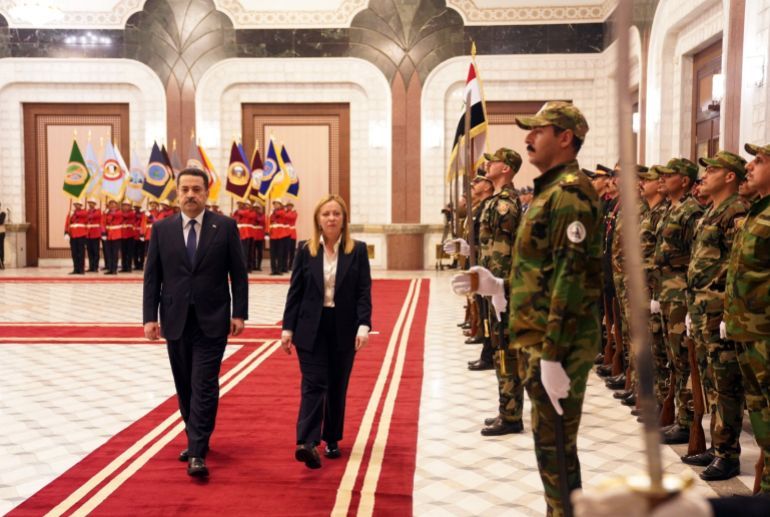 In a statement carried by the Iraq News Agency (INA), al-Sudani emphasised “Iraq’s intention to initiate paths of partnership and investment with Italy and all European Union countries”, and expressed his “appreciation of the Italian role within the international coalition to fight ISIS [ISIL].”

Al-Sudani also invited “companies specialised in infrastructure but also in the exploitation of gas” to Iraq.

The country is rich in oil but beset by infrastructure in disrepair, endemic corruption and widespread unemployment nearly two decades after a United States-led invasion toppled the dictator Saddam Hussein.

Nearly one-third of the population lives in poverty, the UN has said.

Al-Sudani said Iraq was “prepared to supply Italy with what it needs in terms of oil and gas”.

With output of more than 3.3 million barrels per day, Iraq is the second-largest crude producer in the Organization of the Petroleum Exporting Countries (OPEC).

She is the first woman to become Italian prime minister and heads Italy’s most far-right government since World War II.

Italy is a NATO member with up to 650 personnel deployed to Iraq and Kuwait, according to the defence ministry website.