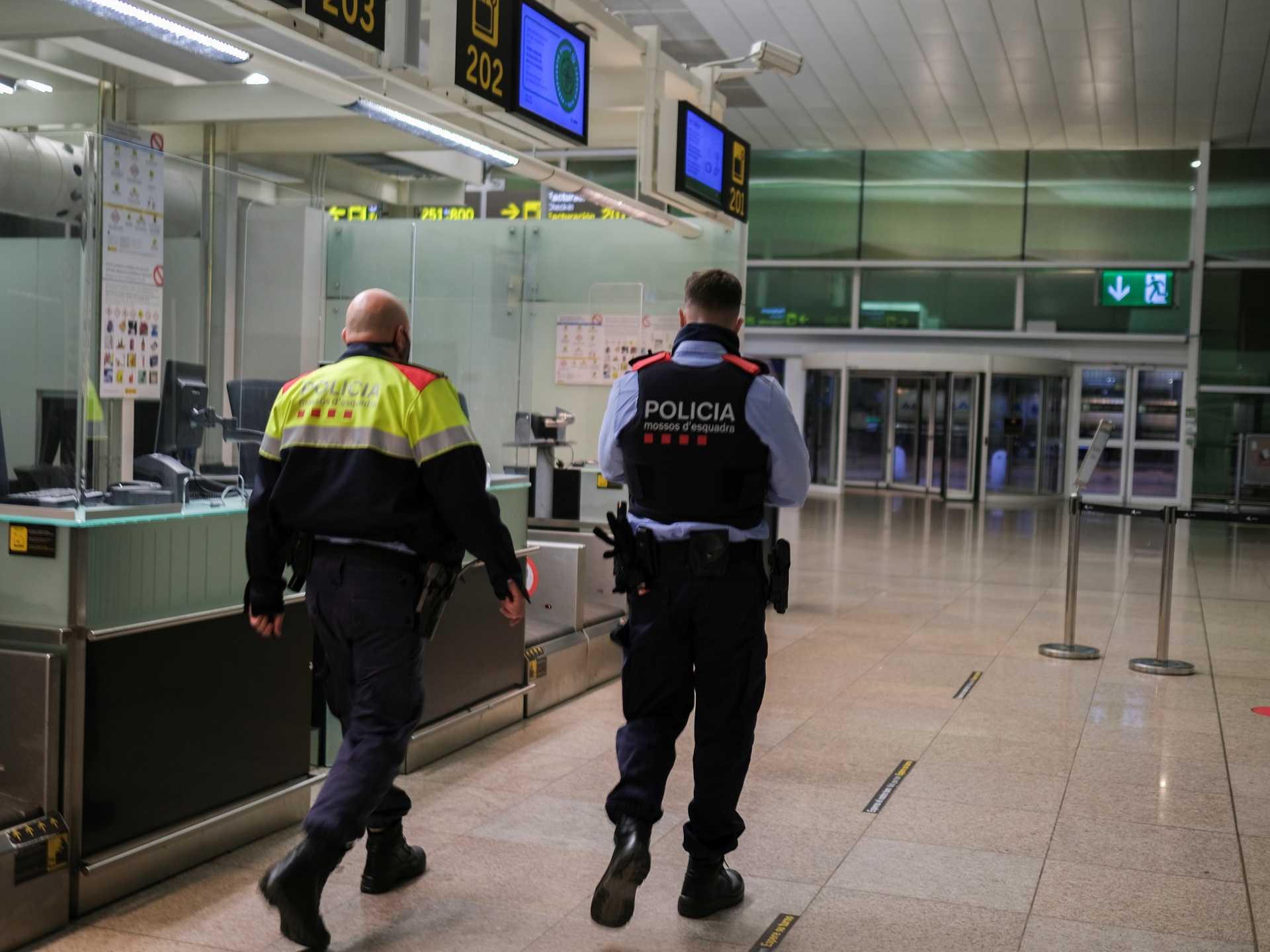 Barcelona police detain 14 aeroplane passengers and search for 14 others who ran across the tarmac in El Prat airport after causing an emergency landing under a false pretext.
Twenty-eight people have run away across the tarmac in Barcelona’s El Prat airport after prompting an emergency landing of a Morocco-Turkey flight under a false pretext, according to the Spanish government.

Police detained 14 people, including a pregnant woman who officials claim pretended her waters had broken, prompting the emergency landing on Wednesday morning, the government said. A further 14 people have not yet been found.

Five of those detained were immediately put back on the plane operated by Turkey’s Pegasus Airlines while eight will be deported to Morocco.

The pregnant woman was checked in hospital and found not to be in labour, the government said.

The plane was carrying a total of 228 passengers from Casablanca to Istanbul.

In October last year, a group of passengers fled a plane on to the runway in Spain’s Mallorca island following an emergency landing under a false pretext and 12 of them were arrested, while another 12 escaped.
#Pegasus
Add Comment