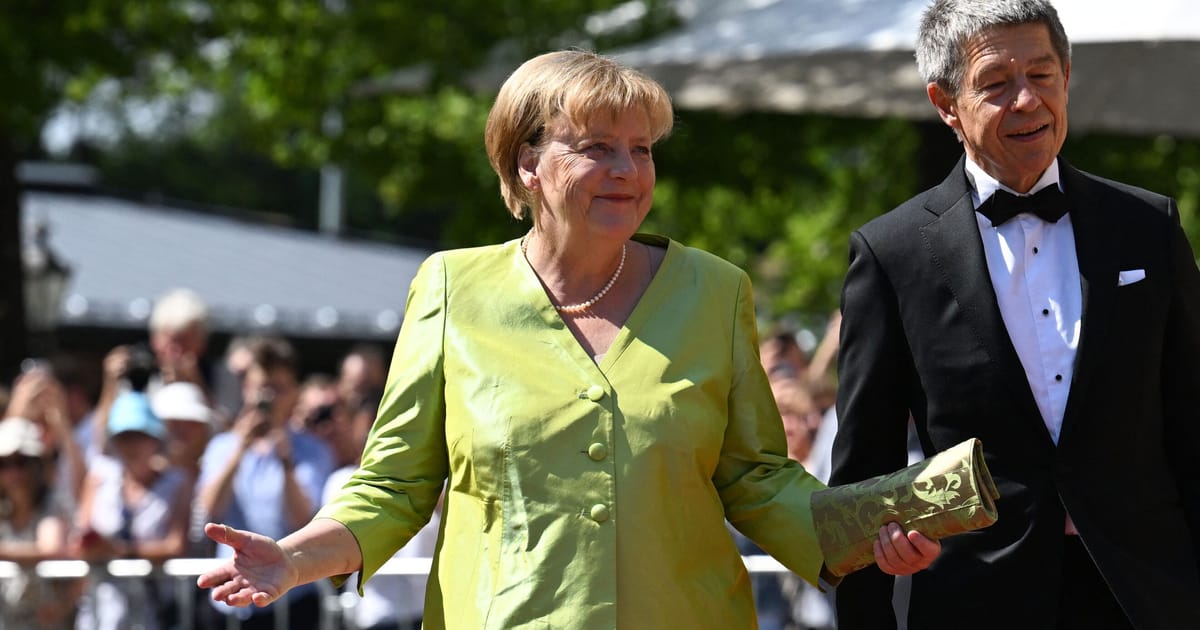 The German former leader and opera fan talked about the motives for murder in Wagner’s Ring Cycle.
Former German Chancellor Angela Merkel chose a rather unconventional platform for one of her rare public appearances: a podcast in which she gave her thoughts on the fictional crimes carried out in Richard Wagner’s the Ring Cycle.

“I’m pleased that we’re doing something completely different here,” Merkel said at the beginning of the “Are we talking about murder?” podcast, the first part of which was broadcast Sunday, when asked why she decided to take part in the show, hosted by public broadcaster SWR.

She added that it was part of her “newly won freedom” to “go in a completely different direction.”

“Are we talking about murder?” usually looks into real-life crimes. But in a three-part Christmas special, the hosts — former federal judge Thomas Fischer and legal expert Holger Schmidt — looked at the fictional misdeeds committed in Wagner’s four-part “The Ring of the Nibelung.” Each episode had an overarching theme: revenge, greed and vanity.

All of those feelings should be suppressed in politics, Merkel said. “If you are so strongly influenced by revenge or the desire for vengeance that you can’t get it out of your head, then you should stop doing politics,” she said.

The former chancellor is a well-known opera and Wagner fan, and she is a regular at the Bayreuth Festival in Bavaria dedicated to the composer’s work.

“The Ring is universally applicable to humanity from family life to political life, you always find things that just reoccur to us as human beings,” she said on the podcast.

Since she left office last year, Merkel has spoken publicly just a few times. In autumn 2024 she plans to publish her memoirs.
#Angela Merkel
Add Comment