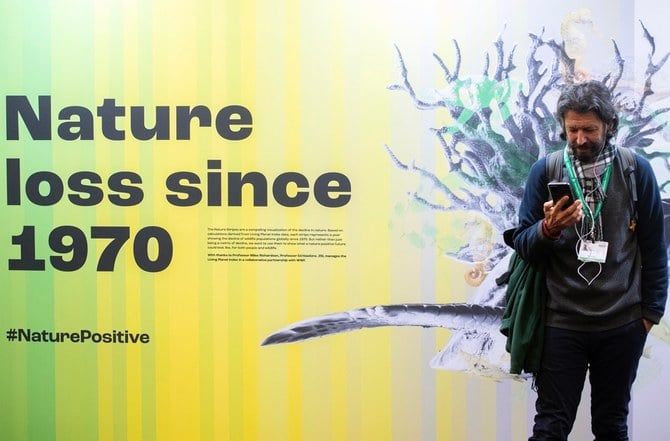 The thorny issue of how much money wealthy countries are willing to pony up to protect the world’s remaining biodiversity took center stage Wednesday at UN talks in Montreal aimed at creating a “peace pact with nature.”
At stake is the future of the planet and whether humanity can roll back habitat destruction, pollution, and the climate crisis that are driving the sixth mass extinction of plant and animal species.

The GBF is a new financial instrument sought by low-income nations to help them, for example, establish marine or terrestrial protected areas and implement biodiversity action plans.

A long pause in technical talks on other items appeared to be resolved after China, the chair, held an hours-long meeting of the heads of delegations Wednesday, though the finance issue isn’t yet settled.

“Our territories are home to most of the biological diversity of the world,” said a statement by Brazil, which added existing financing mechanisms were not up to the task.

Brazil, which also spoke on behalf of other developing countries, including the African Group, added that the new fund should provide $100 billion annually, or one percent of global GDP, until 2030.

Financial flows from the Global North to South are currently estimated at around $10 billion annually.

The deterioration in dialogue came on the eve of the high-level phase of negotiations involving the environment ministers of the 196 members at the Montreal summit, called COP15, which began on December 7 and is set to run to December 19.

“The walkout that happened last night is a signal of a pivotal moment in the negotiations that we needed,” Masha Kalinina of The Pew Charitable Trusts told AFP.

“It draws important attention to this negotiation, especially as the leaders are arriving today and tomorrow we are waiting with bated breath.”

Innocent Maloba of WWF International added: “As the countries with the greatest roles in driving biodiversity loss... developed countries have a duty to support developing countries in the protection and conservation of the biodiversity that we all rely on.

“It is in their own self-interest.”

There are more than 20 targets, including a cornerstone pledge to protect 30 percent of the world’s land and seas by 2030, eliminating harmful fishing and agriculture subsidies, and tackling invasive species and reducing pesticides.

Science shows that time is running out.

An estimated million species are threatened with extinction, a third of the world’s landmass is degraded, comprising the productivity of soil, while pollution and the climate crisis are destroying marine ecosystems.

But the summit has failed to garner the same level attention as a UN climate summit held in Egypt in November, which brought together more than a hundred world leaders.

The meeting is being held in Canada but chaired by China, which declined to host because of its strict Covid rules.

The only world leader in attendance is Canada’s Prime Minister Justin Trudeau.

Speaking at a press conference organized by the nonprofit Avaaz, Hollywood actor and activist James Cromwell singled out French Prime Minister Emmanuel Macron in particular, for opting to visit Qatar to watch the soccer World Cup semi final instead of coming to the COP.

“It’s tragic that it takes an actor to come up here to talk about issues,” he said. “Have you no shame?”
#Covid
Add Comment