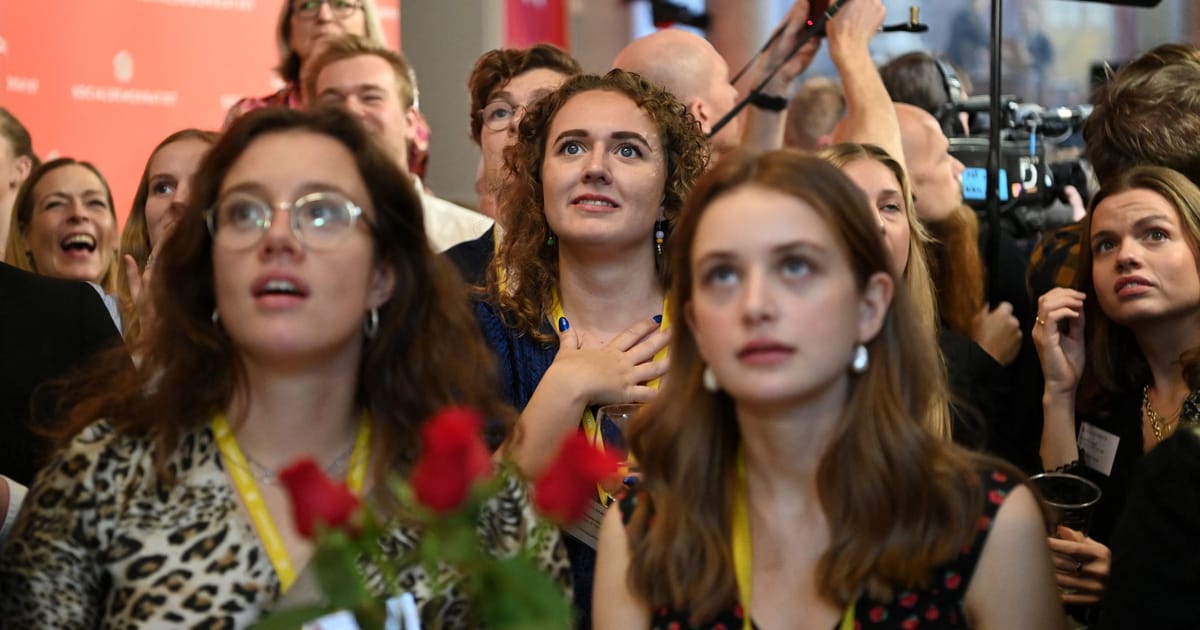 Danish Prime Minister Mette Frederiksen is clinging on to her job after narrowly keeping her majority in an election triggered in the wake of a scandal over her decision to cull the country’s population of mink.

After a nail-biting count, which initially showed that the left-leaning “red bloc” would fall short of securing a majority, Frederiksen and her supporting parties are expected to win the 90 seats needed for a majority in the 179-seat parliament.

“I am so incredibly happy and proud,” Frederiksen said Tuesday night, celebrating the party’s best election result in more than 20 years.

In a political landscape split between 14 parties, Frederiksen’s Social Democrats and the other left-leaning red bloc parties secured 87 seats, while the rival right-wing “blue bloc” ended up with 72 seats. The red bloc also received one seat from the overseas autonomous territory of the Faroe Islands, with the expectation of two more from Greenland.

However, the red bloc’s narrow victory does not necessarily mean Frederiksen’s government will simply continue. Both the Social Democrats and the Social Liberal parties have said they want to investigate the possibility of forming a broad left-right coalition to pilot the country through tough times.

Frederiksen underlined in her victory speech Tuesday night that she will seek to form a centrist government. “It is predicted by many that there will be chaos, but chaos is the last thing Denmark needs,” she said.

Election night was dramatic to the very end. With just 1 percent of the votes left to count, some forecasts suggested the red bloc was just a couple of hundred votes short of reaching 87 seats.

And election night was preceded by a similarly uncharacteristically exciting and chaotic campaign, which at times seemed to foreshadow the twists and turns of the latest season of the popular TV political drama “Borgen.”

Polls had suggested in recent weeks that neither the red nor blue bloc would be able to form a government without Rasmussen’s support, making him indispensable for coalition talks.

He used that position during the campaign to call for a broad coalition of more moderate parties from both the red and blue blocs, a move that would have upset the nation’s post-war political order.

Domestic issues dominated the campaign, ranging from tax cuts and a need to hire more nurses to financially supporting Danes amid inflation and soaring energy prices because of Russia’s invasion of Ukraine.

Once a pivotal topic, immigration has fallen down the agenda, partly because the Social Democrats have vowed to remain tough on migration, depriving right-leaning parties of a possible rallying point.

Despite a number of scandals that rocked Frederiksen’s party, it scored much better than predicted in recent polls — growing from 48 seats to 50 seats.

The scandals include a 2020 order to cull all of the country’s farmed mink over fears they could spread a mutated variant of the coronavirus, a policy that devastated Europe’s largest fur exporter.

A parliament-appointed commission said in June that the government had lacked legal justification for the cull and that it had made “grossly misleading” statements when ordering the sector to be shut down.

A leftist party backing Frederiksen’s minority government withdrew its support as a result of the report, forcing Frederiksen to call Tuesday’s early election.

Her center-right rivals, however, have also lost ground, with the Conservative leader, Søren Pape Poulsen, hit by revelations about lies told by his former husband, and the Liberals suffering from internal splits.