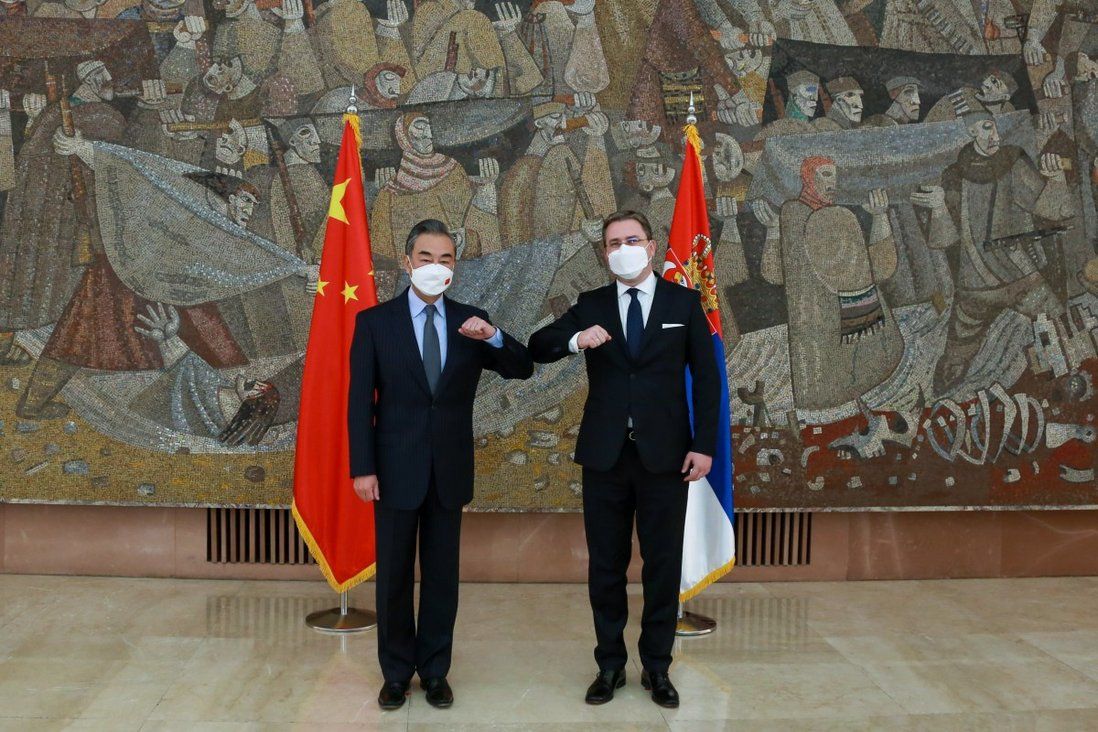 China thanks Serbia for support as Taiwan overshadows relations with Europe

Foreign Minister Wang Yi uses visit to Balkan state to hail the country as a ‘role model’ for European cooperation with China.

China has hailed the “unprecedented high level” its relationship with Serbia has reached and said the two sides will continue to support each others’ core concerns at a time when Taiwan has been working to boost its ties with Europe.

The remarks by Foreign Minister Wang Yi during his visit to the EU candidate country on Thursday came amid growing tensions between China and Europe, and follows last week’s vote by the European Parliament supporting closer relations with Taiwan.

“The China-Serbia comprehensive strategic partnership has grown to an unprecedented high level. Both sides have always firmly supported each other on issues concerning our respective core interests and major concerns,” Wang told his Serbian counterpart Nikola Selakovic, according to a Chinese foreign ministry statement.

In a separate meeting with Prime Minister Ana Brnabic, Wang said the relationship between the two countries set a benchmark for Beijing’s relations with other European countries.

“Our relations have set a benchmark for mutually beneficial cooperation and belt and road cooperation served as a role model for the cooperation between China and Central and Eastern European countries,” Wang said.

Taiwan has moved to boost its relations with Europe in recent months, with Foreign Minister Joseph Wu visiting Slovakia and the Czech Republic this week.

Beijing fiercely opposes other nations establishing formal diplomatic relations with the island, which it regards as part of its own territory. It has attacked Lithuania for its decision to allow a “Taiwanese Representative Office” to open in its capital.

Serbia is part of the cooperation framework between China and 17 Central and Eastern European Countries, a mechanism which Lithuania effectively left in May.

“Even though some forces are arguing about the China-Serbia friendship and making irresponsible remarks, we both know well that China and Serbia are safeguarding the legitimate rights and interests of our respective countries, as well as safeguarding the basic norms of international relations, and safeguarding international fairness and justice,” Wang said.

Wang told Serbian President Aleksandar Vucic that China is willing to accelerate cooperation on infrastructure projects such as the Budapest-Belgrade Railway – the Belt and Road Initiative’s flagship project in Europe – and expand cooperation in other areas such as green development and the digital economy.

In recent years China has been forging closer political and economic ties with Serbia. Vucic said the volume of two-way trade has tripled in the space of five years, while the total value of trade between the two countries increased by 36.2 per cent to 7.6 billion yuan (US$1.2 billion) during the first five months of the year, according to Chinese customs data.

The Chinese foreign ministry also said Wang had invited Serbia to participate in a “global development initiative” proposed by President Xi Jinping while Belgrade had given Chinese companies construction permits for work on the Novi Sad – Subotica section of the railway.

Wang’s tour of Europe, which began in Greece on Wednesday, will also include visits to Albania and Italy.