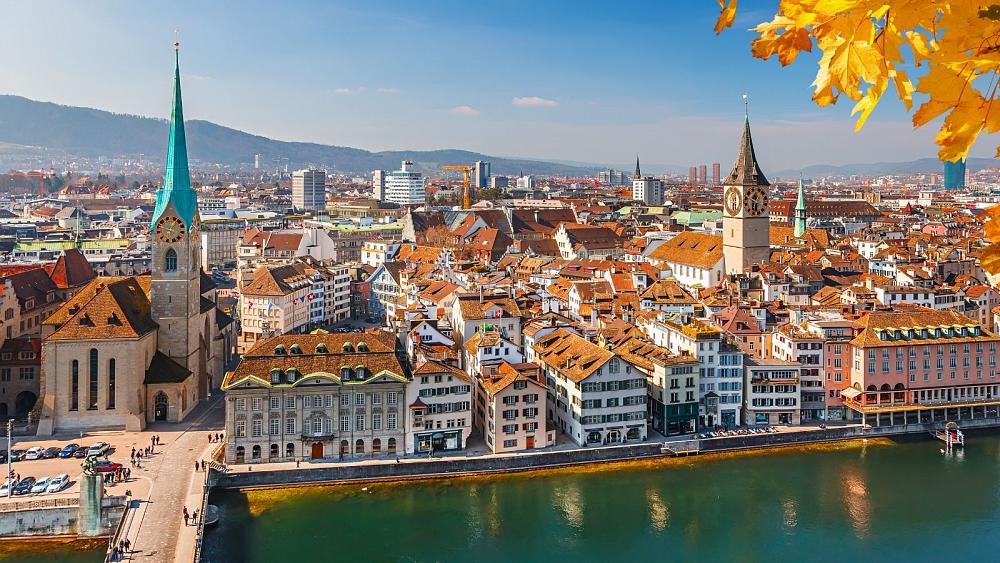 If you are an expat living in Hong Kong, Zurich or Geneva, life is costing you more than anywhere else on the planet, according to the 2022 Cost of Living Survey, an annual report by consulting firm Mercer.

Hong Kong has been ranked for the fourth time in five years as the world’s most expensive city for expatriates, followed by four Swiss cities: Zurich, Geneva, Basel and Bern.

Ankara, the capital of Turkey, closed the ranking of 227 cities as the world’s most affordable for expats. 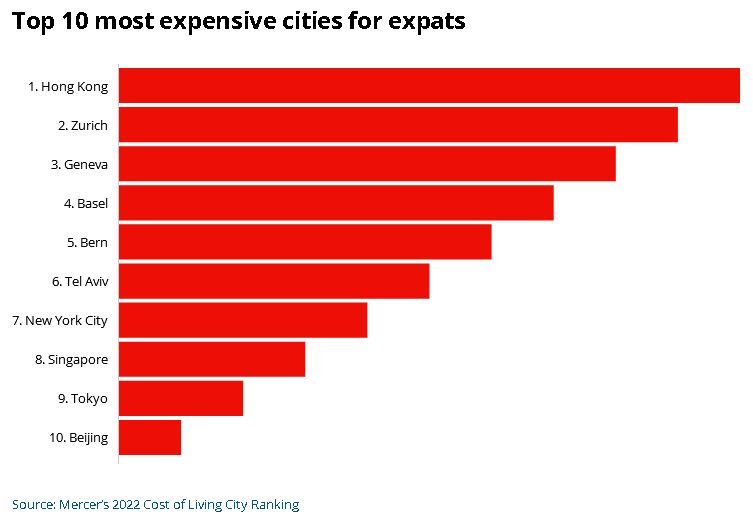 If you’re in Europe and looking for a cheaper city to live in, look east: Ankara is followed by Bishkek in Kyrgyzstan (226th), Dushanbe in Tajikistan (225th), and Islamabad and Karachi in Pakistan (224th and 223rd).

Denmark's capital Copenhagen is the most expensive city for expats in the Nordics, ranking 11th globally, while the Swedish capital Stockholm is the most affordable, dropping to 87th place in 2022.

Where does the cost of living meet the quality of living?

Interestingly, two of the world’s priciest cities for expats, Zurich and Geneva, are also in the top five of the Global Liveability Index, an annual report by The Economist Intelligence Unit (EIU) that evaluates which cities around the world offer the best living conditions.

The lucky locations with the lowest cost of living but the highest quality of living are Vancouver and Toronto in Canada, Stockholm in Sweden, Lisbon in Portugal and Frankfurt in Germany.

On the other hand, Hong Kong was found to have the highest cost of living but a lower quality of living than many other locations.

Mercer’s report also concluded that locations with a higher cost of living and quality of living tend to rank higher for eco-friendliness.

How the cost of living index is calculated

Mercer’s Cost of Living city ranking is based on the group’s own research, which is carried out twice a year and encompasses over 400 cities around the world.

It also reflects the prices of over 200 items from categories such as housing utilities, personal care, recreation and entertainment, transportation, alcohol, and tobacco.

As with most things over the past two years, the 2022 cost of living report has been notably impacted by the COVID-19 pandemic and the war in Ukraine, which has fueled skyrocketing inflation and volatility on the markets.

Annual inflation in the eurozone's 19 countries hit a record 8.6 per cent in June, surging past the 8.1 per cent recorded in May, according to the latest figures published Friday by Eurostat, the European Union’s statistics agency.